Marine Corporal Discharged over Refusal to Wear a Mask 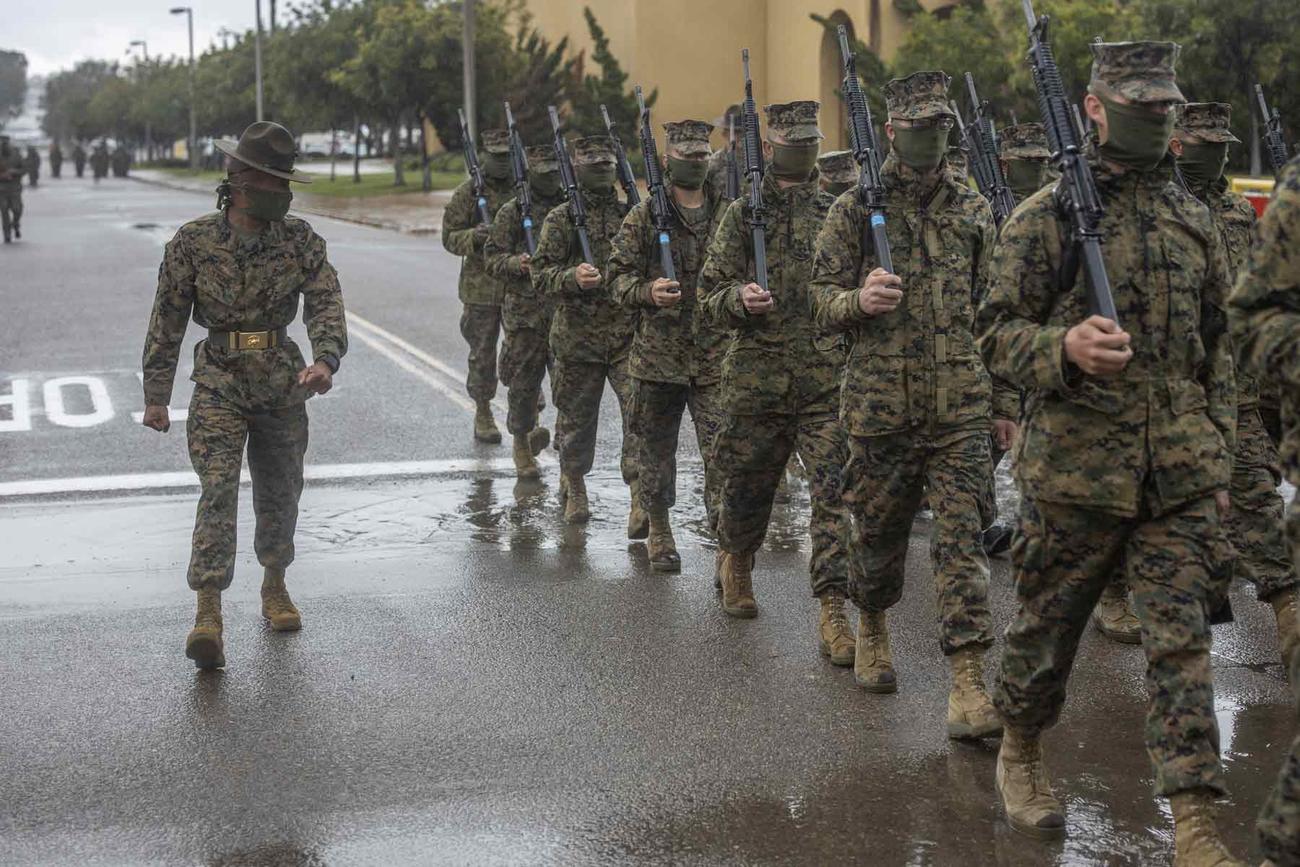 Marine Cpl. Whitney McHaffie refused to comply with a mask mandate and doesn’t want to be vaccinated against COVID-19.

A month after the Defense Department’s mask mandate for unvaccinated troops went into effect, she was booted from the military, possibly making her the first service member to be forced out of the service for violating COVID-related rules.

McHaffie, who served at Marine Corps Air Station Cherry Point, North Carolina, went viral on social media after appearing in a video with Josh Mandel, a former Ohio state treasurer who is currently in his second run for the Senate. The video, in which she tells her story of being swiftly booted from the Corps for disobeying the mask mandate, had more than 400,000 views as of Tuesday morning.

Vaccines are now mandatory for troops, but were not at the time of McHaffie’s discharge. Despite that, the amateur MMA fighter and fifth-grade teacher in Ohio sought a religious exemption for the COVID-19 vaccine that had not been resolved by the time of her discharge.

An indoor mask mandate for unvaccinated troops was in effect at the time.

Read Next: Final Troops Withdraw from Afghanistan, Ending Evacuation — and the War

More than 600,000 Americans have died from COVID-19, and another 100,000 are projected to die by the end of the year. The rampant spread of the more contagious Delta variant has been linked largely to parts of the U.S. with low vaccination rates.

Multiple studies have shown that masks help prevent the spread of the coronavirus, and the Centers for Disease Control and Prevention continues to recommend the use of masks in areas with a high number of COVID-19 cases.

In an interview with Military.com, McHaffie said the mask mandate violated her religious liberties. She said that she doesn’t believe masks are effective and wearing them would be to bear false witness, a violation of the ninth commandment in Judaism and Christianity.

The Journal of the American Medical Association concluded that wearing a cloth mask can reduce transmission of droplets from infected wearers into the air by 50% to 70%. Masks also were shown to help prevent uninfected wearers from inhaling large droplets.

McHaffie believes she was singled out and that officers sought to make an example of her. She estimates only about half the Marines in her unit were vaccinated and most did not comply with the mask mandate.

A spokesperson for the Corps said the policies related to mask wearing and vaccinations apply to all Marines, adding that “failure to adhere [to] policies, orders and regulations may result in corrective, disciplinary or administrative action, when appropriate.”

Another area of concern raised by McHaffie is the use of fetal tissue in COVID-19 vaccine research. While researchers did use cell lines derived from elective abortion tissue originally created decades ago, that tissue was used to produce proteins and wasn’t put directly into the vaccine.

McHaffie said that she cannot morally take a vaccine because they are derivatives of aborted fetal tissue.

“It’s against my religion because it’s associated with aborted fetal tissue, I’m catholic,” she said. “I’m not against vaccines, for me it’s about religious freedom, choice and health concerns.”

“Aborted tissue” is a concern among some evangelical Christians, though most major religious leaders and institutions, including the Vatican, support vaccinations to save lives.

None of the COVID-19 vaccines approved for use in the U.S. are made with tissues taken directly from aborted fetuses.

The Defense Department allows troops to seek religious exemptions, and it also will excuse service members from getting the coronavirus vaccines, including potential booster shots, if they have legitimate health concerns or were a part of a tiny minority of those who suffered from rare vaccine side effects such as myocarditis. Military.com was the first American news outlet to report on the link between COVID-19 vaccines and heart inflammation.

McHaffie said that she objects to any mandates on health care. Yet troops must abide by a large roster of Defense Department health standards when they join the armed services, given mandates for other vaccines. Aside from COVID-19 shots, troops are mandated to receive more than a dozen vaccines against diseases such as smallpox and influenza.

McHaffie did not have an explanation as to why she accepted the other mandatory vaccines as part of her service, but rejected the COVID-19 vaccine, when asked by Military.com.

She described the events leading to her separation from the Marine Corps as being triggered by a coughing fit.

“I went into my [officer in charge’s] office to talk about something else, and I was coughing and he asked me if I thought I had COVID,” McHaffie said. “At that point, I told him I don’t believe in the panic behind COVID and I’m entirely fine. From that point, he kept pushing the COVID topic and told me when it was mandated he was going to push paperwork if I don’t comply.”

That was exactly a month after the Pentagon issued an indoor mask mandate for unvaccinated troops on June 22. The policy has since been updated to include all troops in parts of the country where the virus is spreading quickly.

McHaffie added that a senior member of her chain of command even called her mother, asking her to urge her daughter to fall in line with the rules.

The next day, July 23, her chain of command issued a formal warning to McHaffie that they would move ahead with a discharge, according to documents reviewed by Military.com

Her commander said she “willfully” disobeyed two superior officers by “refusing to wear a face covering despite not meeting the requirement to be exempt.”

The officers who acted to remove her from the Marine Corps did not reply to multiple requests for comment from Military.com when reached by text and phone calls.

Less than a week later, on July 29, McHaffie received a general discharge under honorable conditions, according to a copy of her DD-214, which summarizes a service member’s time in the military. It was a lightning-fast dismissal; it is unusual for a service member to be kicked out in less than a week even for serious criminal offenses. But her chain of command acted within the realm of their power and followed guidance from the Pentagon.

Richard Mast, an attorney with Liberty Counsel, an evangelical religious organization, told Military.com that the speed of the discharge was shocking and that “she barely had time to seek counsel.”

Six months after a discharge, troops are allowed to appeal for an upgrade. Mast says he is seeking to have McHaffie’s discharge upgraded to honorable. While her current discharge status entitles her to most benefits through the Department of Veterans Affairs, she isn’t eligible for the Post-9/11 GI Bill.

Pandemic Lapses Bring Scrutiny to Navy Grooming and Military Standards in Naples
12 Mountains in 23 Hours: How One Coastie Battles PTSD With Ultra-Endurance Sport