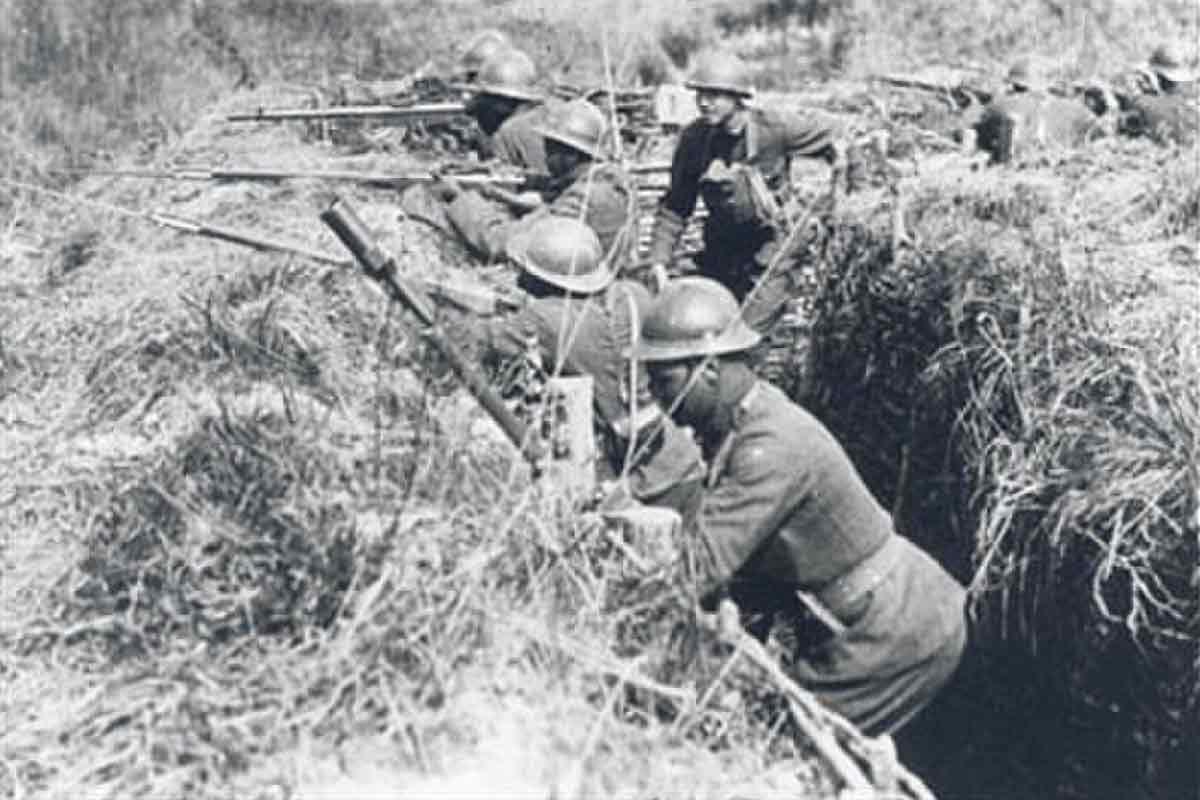 It took Pvt. Henry Johnson 97 years to be awarded the Medal of Honor for his tenacity and grit in defending his fellow soldiers from German troops in a dugout in France’s Argonne Forest, killing four at close range and in hand-to-hand combat, while suffering a head wound.

Now, 103 years after Johnson’s regiment served in World War I — for 191 days, the longest of any unit, according to historians — the storied 369th Infantry, also known as the Harlem Hellfighters, will receive Congress’ highest award, the Congressional Gold Medal.

On Aug. 10, the Senate passed legislation to award the medal to the Hellfighters, the third Gold Medal to go to an African American unit, after the Tuskegee Airmen in 2007 and the Montford Point, North Carolina, Marines in 2011.

“It’s unfortunate that it’s taken so long for this country to recognize their bravery because so many of our soldiers of color were not recognized for their service,” Sen. Chuck Schumer, D-N.Y., said in a press release following the vote. “The Harlem Hellfighters are an example of bravery and courage under fire. And even though this regiment was consigned to racial segregation, they still loved America, and fought hard for America, and died for America.”

Read Next: We Were Soldiers: Effort to Rename Benning ‘Fort Moore’ Gains Steam

They trained in Spartanburg, South Carolina, in 1917, where they endured racism, insults and violence, according to the jazz great and unit member Noble Sissle, as noted in a 2018 article in Smithsonian Magazine.

“Our boys had some pretty bitter pills to swallow,” Sissle wrote.

Renamed as the 369th for its trip to Europe, the regiment of 2,000 soldiers arrived in Brest, France, on Jan. 1, 1918, and were assigned to supply, where they unloaded ships, cleaned and provided logistics support in the region.

As the French and British pressed American Expeditionary Forces commander Gen. John Pershing for reinforcements to support their exhausted troops, Pershing, who wanted American units to fight as a stand-alone force, offered up the 369th and assigned the regiment to the French as a combat unit.

By April 15, 1918, well before the American Expeditionary Forces engaged in their first major battle, the Hellfighters were on the front lines, fighting in skirmishes and enduring the onslaught of German forces, including the attack on Johnson that earned him the French Croix de Guerre and, nearly a century later, the Medal of Honor.

The Hellfighters took part in the Second Battle of the Marne and Meuse-Argonne, where the unit experienced high casualties — some of the worst of the war, with 144 dead and roughly 1,000 wounded.

They returned home to a heroes’ welcome, according to Smithsonian Magazine, with a victory parade on Fifth Avenue in New York City in February 1919. Johnson, according to President Barack Obama, was “one of our most famous soldiers of the war.”

“His picture was printed on recruitment posters and ads for Victory War Stamps. Former President Teddy Roosevelt wrote that he was one of the bravest men in the war,” Obama said during the Medal of Honor ceremony for Johnson at the White House in June 2015. “But his own nation didn’t award him anything — not even the Purple Heart, though he had been wounded 21 times.”

Johnson advocated for veterans, but he suffered as one himself, struggling both in his marriage and keeping a job, according to the White House. He died of tuberculosis and heart inflammation a decade after returning from the war.

Sgt. Leander Willett, of Glen Cove, N.Y., was stabbed with a bayonet and bombarded by mustard gas while fighting the Germans as a Hellfighter, his granddaughter said.

In 2019, Willett was posthumously awarded the Purple Heart for his wounds. The Congressional Gold Medal, Deb Willett said, is an honor that is “long overdue, but just the start.”

“These brave men fought for America and the values we all cherish,” she said in a statement on the legislation. “It’s never too late to do the right thing.”

The bill to honor the Hellfighters overwhelmingly passed the House and unanimously passed in the Senate. It now goes to President Joe Biden for his signature; the medal will be awarded in a future ceremony. The date has yet to be set.