Temporary Undersecretary of the Navy Named 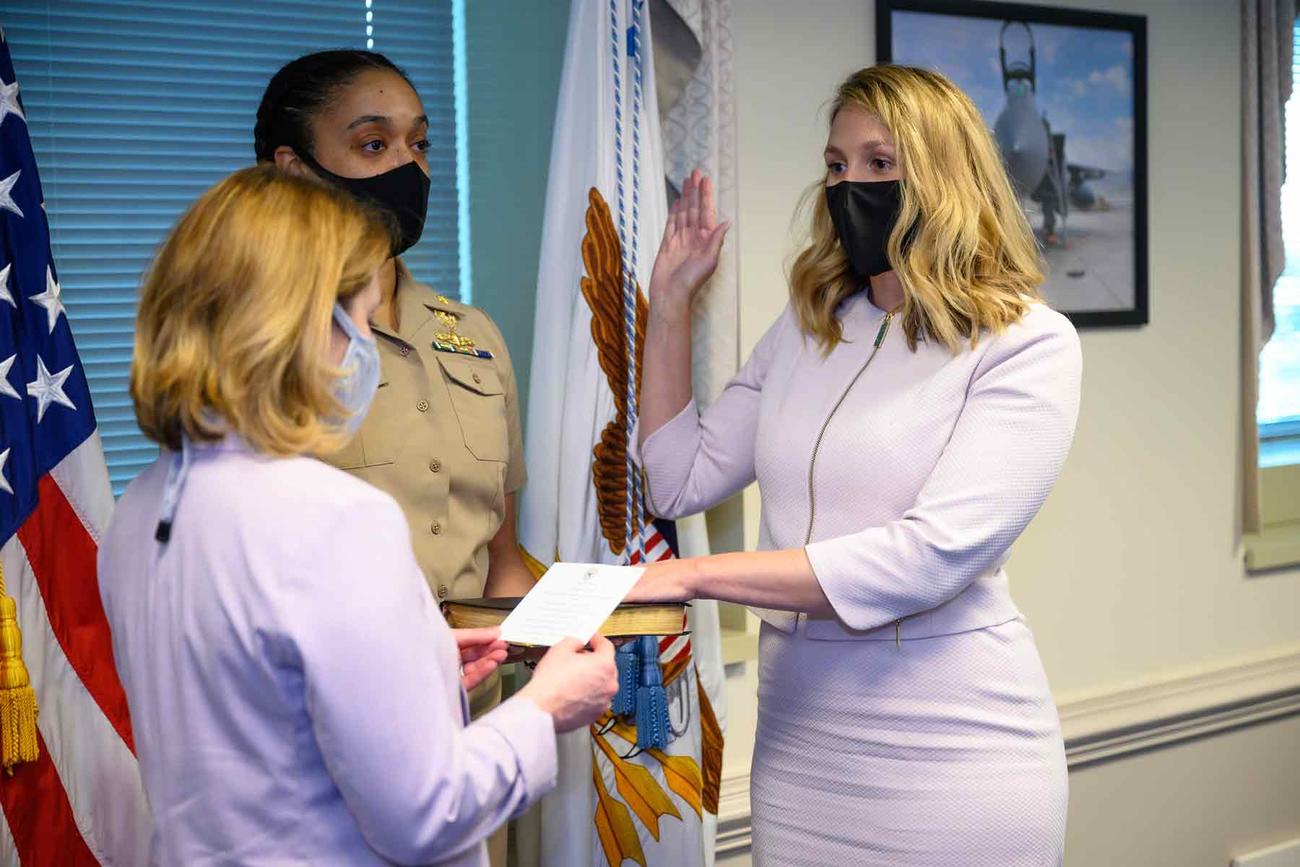 Navy Secretary Carlos Del Toro on Tuesday named a temporary replacement for the branch’s No. 2 civilian leader, according to a statement.

Meredith Berger will take over Wednesday for James Geurts, the man who is currently performing the duties of the undersecretary of the Navy.

Geurts, who has held the post since February, posted a letter earlier this month announcing his retirement from government, effective Aug. 28.

Read Next: In an Image Mocking the Marines, the Taliban Shows Off New Propaganda Savvy

Like Geurts, Berger has not been confirmed by the Senate to hold the position officially and so will “perform the duties” of the role. She was sworn in as the assistant secretary of the Navy for Energy, Installations & Environment on Aug. 5.

When Geurts announced his retirement, the Navy was without confirmed leadership in either of its top two posts. However, Del Toro was confirmed a few days later and sworn in on Aug. 10.

The service did not immediately reply to questions about when a permanent undersecretary will be named.

Previously, Berger served as the deputy chief of staff to the secretary of the Navy from 2014 to 2017 before becoming a senior manager for Microsoft’s Defending Democracy Program. Having grown up in Florida, she is also the sponsor of the Fort Lauderdale, an amphibious transport dock ship.

Related: Senate Confirms Del Toro as Secretary of the Navy

Soldier Found Guilty in Confrontation with Black Man That Went Viral
In an Image Mocking the Marines, the Taliban Shows Off New Propaganda Savvy