‘Was It Worth It? Yes. Does It Still Hurt? Yes.’ Marine Leaders Reassure Troops on Afghanistan 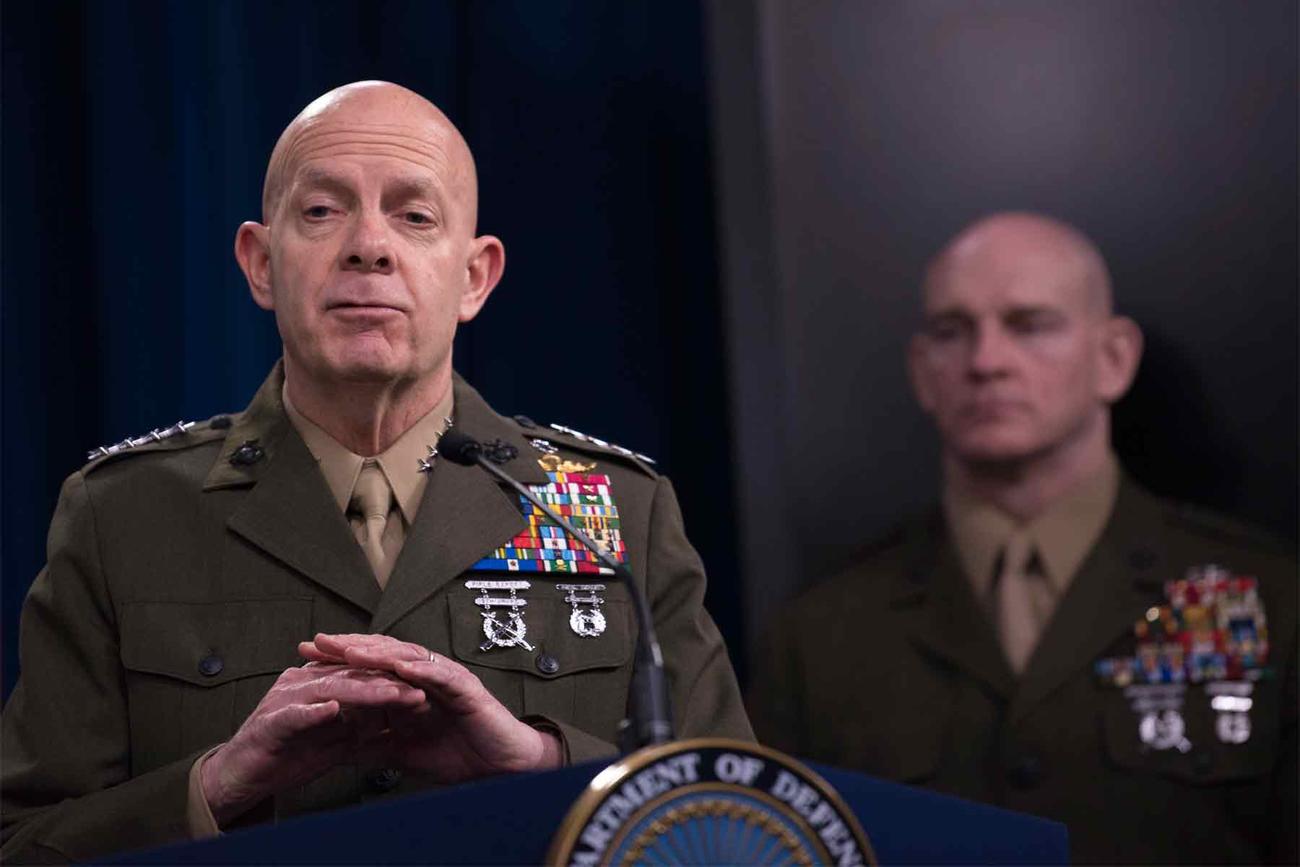 The commandant of the Marine Corps and the branch’s most senior enlisted leader are telling Marines that their fight and sacrifices in Afghanistan were worth it in a powerful open letter posted to social media Wednesday.

“We both believe — without question — that your service was meaningful, powerful, and important,” Gen. David Berger and Sgt. Major Troy Black wrote in their letter.

The two men noted that “Marines have served honorably and courageously” in Afghanistan since the war began in 2001.

“You should take pride in your service — it gives meaning to the sacrifice of all Marines who served, including those whose sacrifice was ultimate,” Berger and Black wrote.

According to an analysis of Pentagon data by The Washington Post, more than 100,000 Marines deployed to the country over the span of the 20-year conflict.

Read Next: The Biggest Concern for Navy Commanding Officers? COVID.

Organizations such as the Department of Veterans Affairs have been writing about the struggles that veterans could face in light of the withdrawal and Taliban takeover. “Veterans may question the meaning of their service or whether it was worth the sacrifices they made,” the VA wrote in an email to veterans Monday.

The letter from Berger and Black is a particularly direct message from senior leadership, and it comes at a time when the military is struggling with a much larger cost of conflict — veteran suicide.

A recent study found that more than four times as many troops and veterans of the wars since 9/11 are believed to have died by suicide than were killed in the wars themselves.

Mental health experts say that the fall of Afghanistan may cause symptoms of mental health trauma to emerge. A VA story noted that news of the end of the Afghanistan mission has led to an increase in veterans seeking help at their facilities.

Both Berger and Black encourage readers “to connect with your fellow Marines and their families.”

“This is a time to come together and give further meaning to our motto, Semper Fidelis,” the letter said.

“We value human life and we want to believe that what Marines have done in Afghanistan made a difference,” Berger and Black declared.

“Was it worth it? Yes. Does it still hurt? Yes,” the letter said.

If you are a veteran seeking assistance with mental health issues, the Veterans Crisis Line is available at 800-273-8255, press 1, or by text at 838255. Help also is available through Vet Centers or the VA’s website at www.MentalHealth.va.gov.

Related: ‘We’ve Abandoned the People Who Helped Us’: Vets Grapple with Emotions over the Fall of Afghanistan