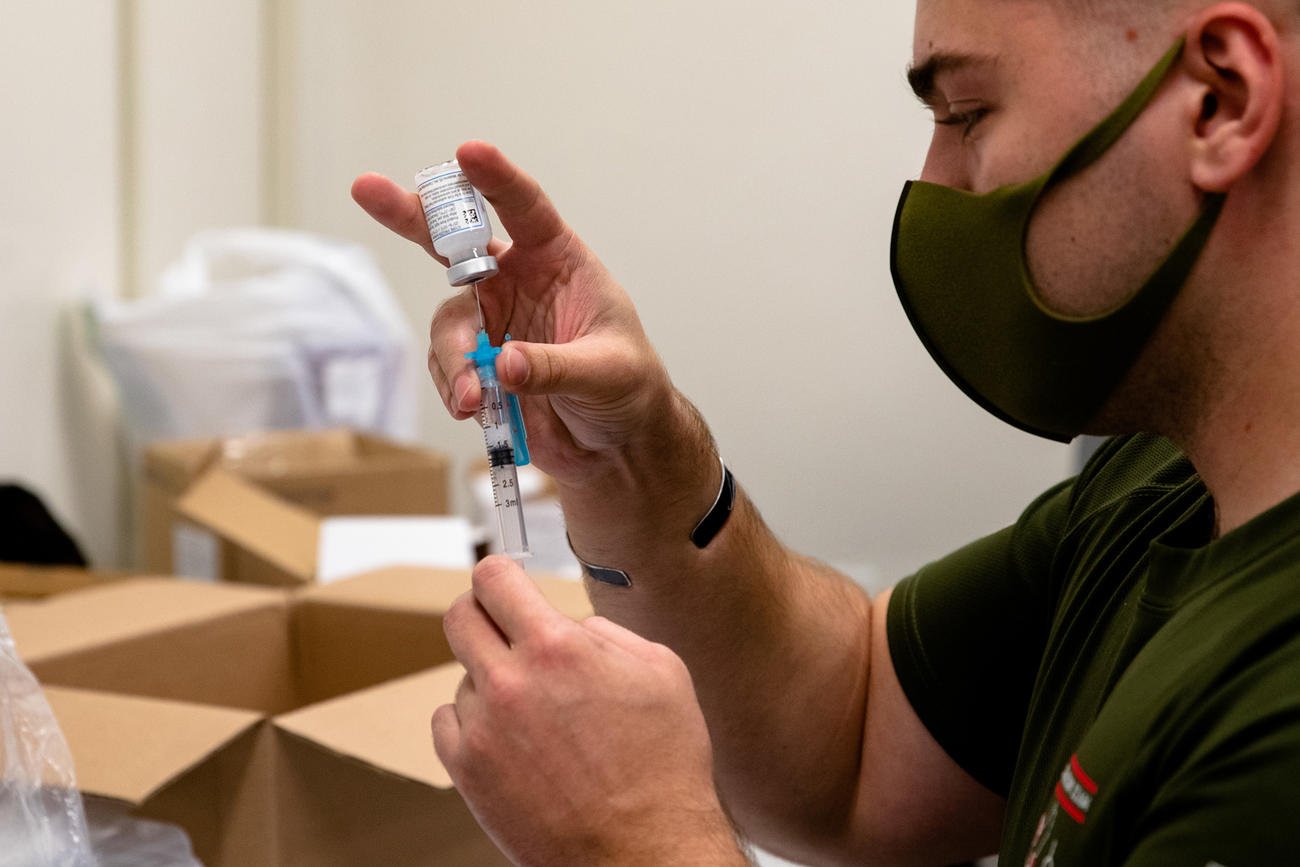 Cmdr. Bralyn Cathey doesn’t hesitate when asked what worries him most as the commander of the destroyer John Finn.

“COVID,” he replies quickly and decisively.

“I take more phone calls [from sailors] and have more things that are associated with COVID and its impact on readiness than probably anything else,” Cathey said, talking to a group of reporters in San Diego on Tuesday.

Cathey painted a picture of a fleet that is actively responding to the concerns of sailors over the upcoming vaccine mandate.

“I talked to all of the sailors who chose to defer, and I said, ‘Tell me why? I want to know. Help me to understand,'” he said.

Cathey took those concerns and asked the Pacific fleet’s top doctor to weigh in. The commander said that he not only got answers for his sailors but references, as well.

The panel was part of a several-day media trip that the commander of Pacific Naval Surface Forces set up to highlight the state of the fleet; a reporter from Military.com went along. As if to emphasize the point that COVID-19 continues to pose a serious risk, the trip’s planned duration of four days was cut short, a day cleaved off the schedule after an individual in the group tested positive for COVID-19.

Cmdr. Emily Royse, commanding officer of the Rushmore, a dock landing ship, said that she brought an immunologist on board to help address vaccine concerns from her crew.

“We wanted him to speak with our folks that deferred, but we actually got a lot of folks who got the shot as well just to listen to this person, the subject matter expert, speak about the science behind [the vaccine],” Royse added. “The next day, over half of them say, ‘OK, this is what I was looking for — I’m able to make my decision now.'”

Meanwhile, other commanders, such as Cmdr. Dustin Lonero from the littoral combat ship Coronado, said that 98% of his crew was vaccinated.

“With extremely few exceptions, the folks who decided to defer … I respected the reasons that they wanted to defer. They just wanted to know more,” he said.

According to the latest Department of Defense figures, the Navy has fully vaccinated 83% of its force. The Air Force is currently leading the services with 86% fully vaccinated, the Army is at 80%, and the Marines had the lowest percentage with only 61%.

The total number of COVID deaths in the military is at 34 as of Aug. 18, according to the DoD.

The commanders on the panel acknowledged that some sailors still may choose to refuse the vaccine when it is made mandatory.

“Some person may decide that, ‘Hey, my naval service is not as important as my personal belief,’ and that’s the choice that they make,” Cathey said.

In those instances, especially if sailors claim a religious exemption, the process will be handled on a case-by-case basis with sincerity of the conviction playing a key role, Capt. Richard Ryan, the chaplain overseeing the Pacific fleet, told reporters.

Ryan explained that chaplains in individual commands will be charged with determining sailors’ sincerity, but that the deputy chief of naval operations for manpower, personnel, training and education ultimately will decide who gets an exemption and who doesn’t.

“Chaplains have to do an interview for each [waiver request], so we might be busy,” he said.

Ryan, who has been in the Navy since 2001, noted that the discussion around religious exemptions for vaccines is relatively new.

“I haven’t dealt with it a whole lot because by the time [sailors are] in the fleet, they’ve either had their immunizations or they hadn’t, and I just don’t hear about it,” he said. “But, we’re going to hear about it this time.”

US, Germany Mark 50th Anniversary of Chinook Crash That Killed 37 Soldiers
‘Was It Worth It? Yes. Does It Still Hurt? Yes.’ Marine Leaders Reassure Troops on Afghanistan