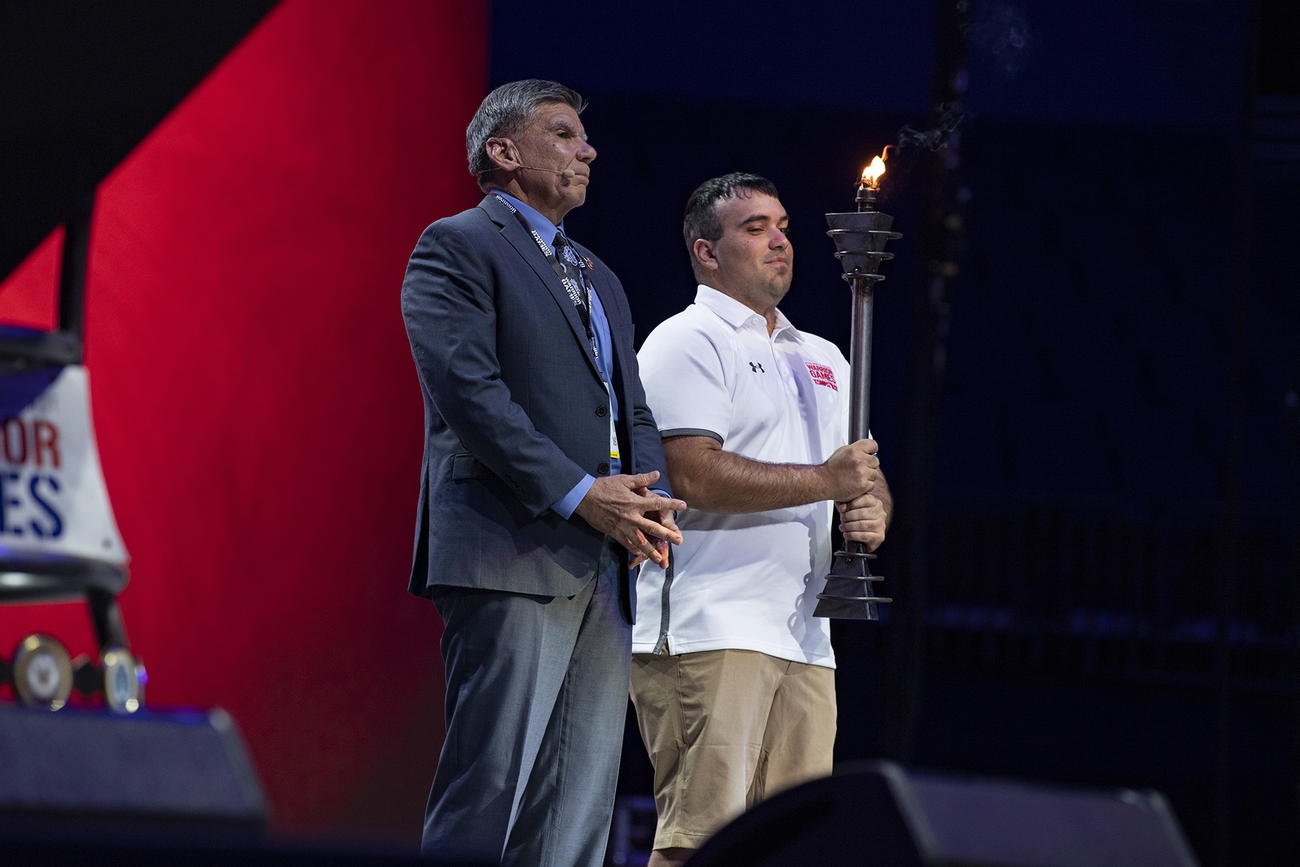 The event featuring wounded, ill and injured service members competing in 12 adaptive sports was canceled because of the COVID-19 pandemic, the Defense Department announced in a press release Tuesday afternoon. The Warrior Games had been scheduled for Sept. 12-22 at Walt Disney World near Orlando, Florida.

Secretary of the Army Christine Wormuth made the decision to cancel the games after conferring with senior service leaders, medical professionals and key stakeholders, according to the press release.

“I want to thank all of the athletes, staff personnel and our partners for their hard work to prepare for this year’s DoD Warrior Games,” Wormuth said. “It’s unfortunate we are unable to hold the Games, but our first priority must be the health and welfare of everyone involved.”

This marks the second consecutive year that the games have been canceled due to the pandemic. They were scheduled to be held in San Antonio last year.

“The entire DoD understands the importance of the Warrior Games to the athletes and their families, as part of their recovery process, which makes this decision even more difficult,” Wormuth said in the release. “The Games are an important event for the DoD community. We look forward to resuming them next year if public health conditions permit.”

Florida is among the states that have seen a large uptick in coronavirus cases because of the Delta variant. According to Johns Hopkins University’s Coronavirus Resource Center, 151,764 cases were reported from Aug. 8-14, the state’s highest weekly count so far. A total of 1,071 deaths in Florida were attributed to COVID-19 in the past week.

Disney World was set to host the Warrior Games for the first time. It previously served as the site for the 2016 Invictus Games, an international adaptive sports competition for wounded and injured service members and veterans. Prince Harry founded the Invictus Games, which debuted in 2014.

The 2022 Warrior Games are scheduled to be held in San Antonio, with the 2023 competition slated for the Pro Football Hall of Fame in Canton, Ohio.

— Stephen Ruiz can be reached at stephen.ruiz@monster.com.

Cobra Blood Is Off the Training Menu for US Troops, PETA Says
US, Germany Mark 50th Anniversary of Chinook Crash That Killed 37 Soldiers