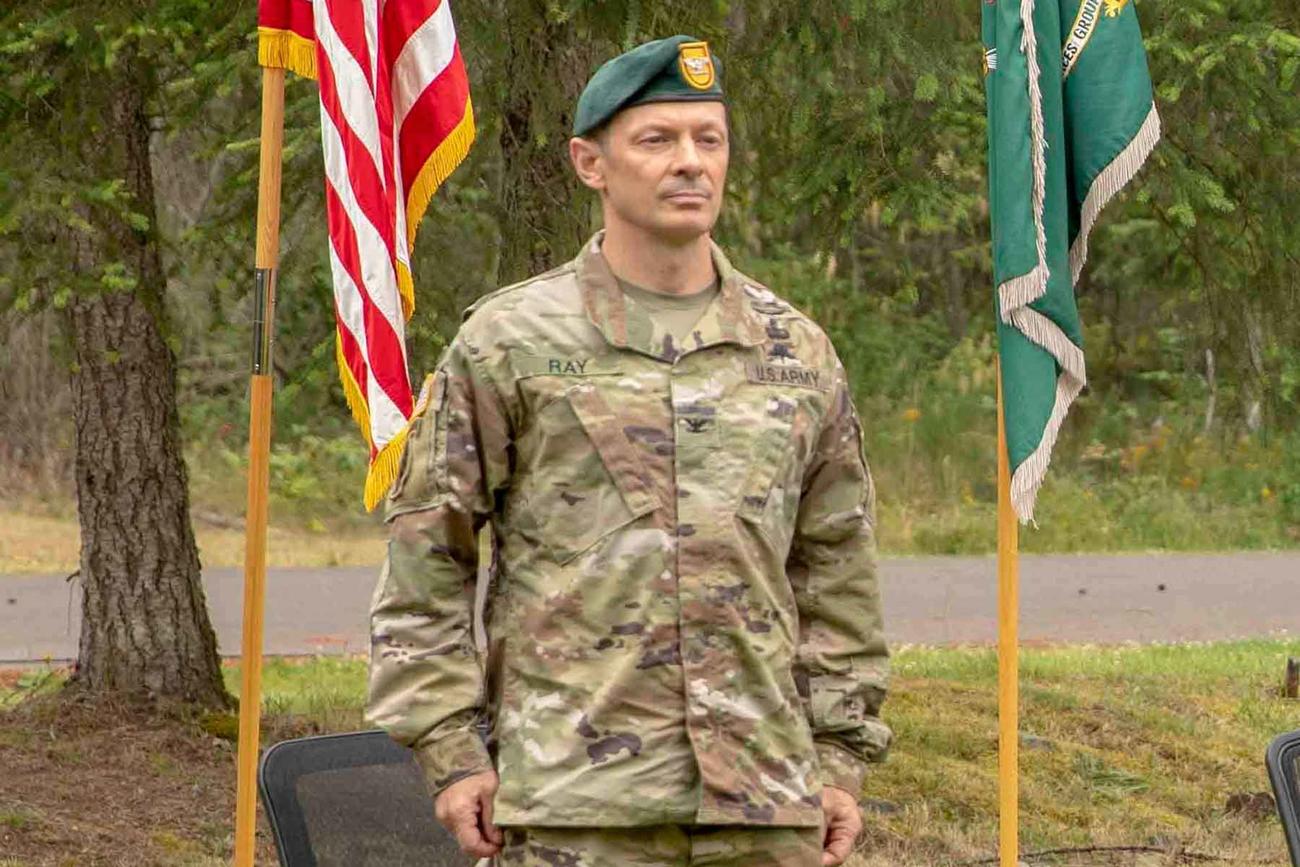 A Green Beret who is facing charges of kidnapping and assault following an armed standoff with police will be honorably discharged next month, according to Army documents obtained by Military.com. While he faces civilian charges, there is no indication the service plans to pursue a court-martial.

Col. Owen Ray, 47, a former commander of 1st Special Force Group, will be allowed to retire with full benefits Sept. 30 at his current rank as he faces a range of charges stemming from his Dec. 27, 2020, arrest.

He was suspended from his current assignment as chief of staff for I Corps and Joint Base Lewis-McChord, Washington.

Army officials did not respond to requests for comment.

“I approve his retirement and [in] lieu of elimination, and he will be placed on the retired list in his current grade of O-6 (colonel),” reads a memo signed by Michael Mahoney, deputy assistant to the secretary of the Army. “I have determined his service in the grade of O-6 was satisfactory.”

His attorney, Jared Ausserer, told Military.com that a trial in civilian court is set for Sept. 15, and prosecutors are seeking a seven-year prison sentence. The trial will start two weeks before Ray’s retirement.

Ausserer said Ray has struggled with alcohol and mental health issues, adding that he has attended a chemical dependency program and post-traumatic stress treatment through the Department of Veterans Affairs since his arrest. Both were organized by military officials.

Brenner Fissell, an associate professor of Law at Hofstra University and vice president of the National Institute of Military Justice, told Military.com there’s nothing stopping the military prosecuting Ray itself.

“[The Army] could file charges and then his retirement could be delayed and he would face a concurrent military trial,” Fissell said. “The law says you can be tried in civilian and military court at the same time. … There’s really no reason this guy shouldn’t be court-martialed for this.”

But according to Ausserer, there is “no indication” the service is interested.

The incident that led to Ray’s Dec. 27 arrest started with a domestic argument and escalated to him pointing a firearm at his wife and threatening to kill her in front of their children, the affidavit in that case says.

Ray proceeded to “kick [his wife] over and over with his boots in the face and chest. … Two children had woken up and were screaming, ‘Don’t kill mom, don’t shoot us,'” according to the affidavit.

Police arrived shortly after midnight, and Ray allowed his wife and three children to leave the house. His wife had visible cuts and abrasions on her nose and a large bump on her forehead, the affidavit adds.

Ray said he would shoot officers if they tried to arrest him and later threatened suicide. But he surrendered to police after about two hours.

His wife asked the court to forbid Ray to travel through the small town where she and the children live, saying another existing protection order will expire once he retires, court records show.