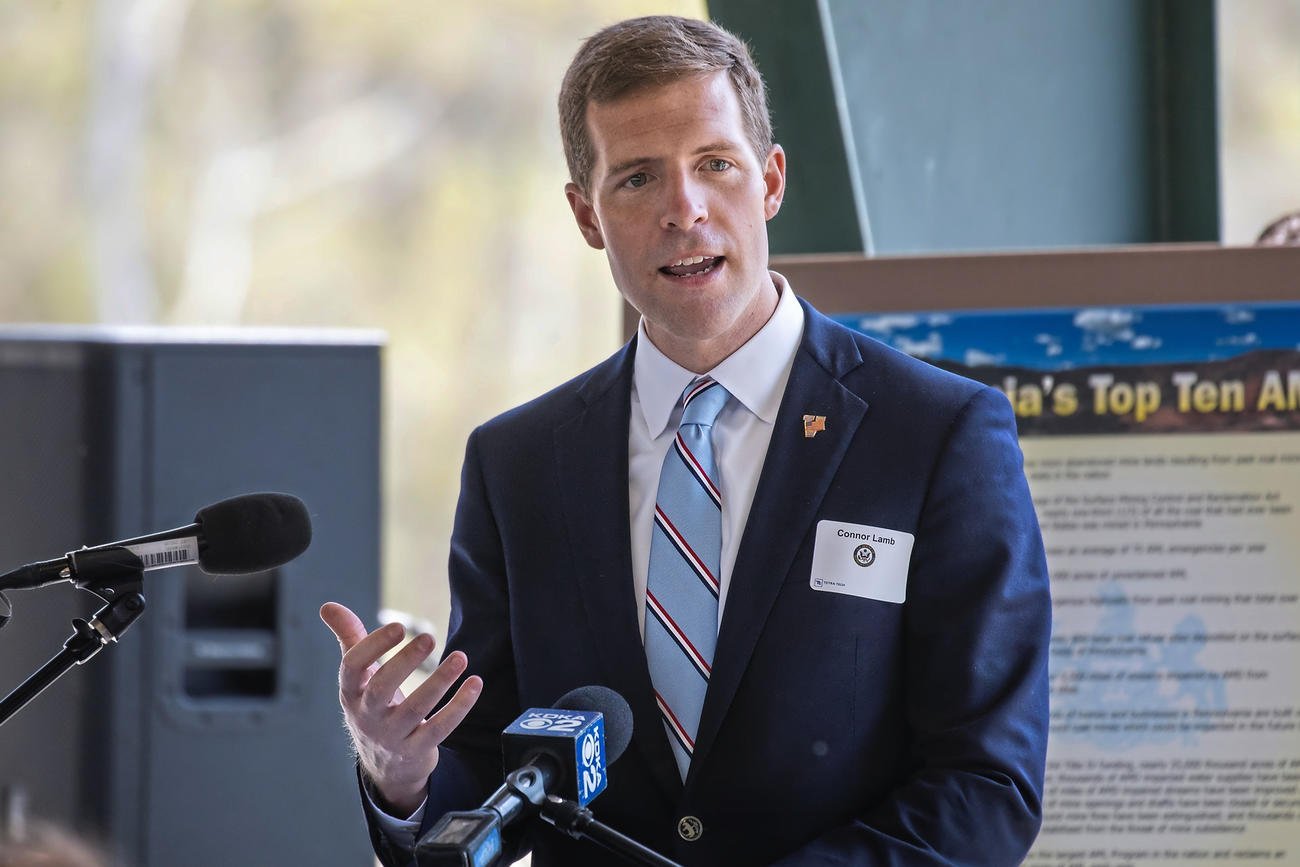 U.S. Rep. Conor Lamb said Friday he is running for Pennsylvania’s open Senate seat, joining a crowded Democratic field in one of the nation’s most competitive races.

Lamb is seeking the nomination to replace outgoing GOP Sen. Pat Toomey. Lamb, a former Marine and federal prosecutor, rose to political prominence three years ago when he beat a Donald Trump-backed Republican in a special election that foreshadowed the 2018 Democratic takeover of the House.

The Senate race is wide open on both sides and is expected to be among the most expensive in the 2022 U.S. midterm election. Toomey is retiring after two terms.

Lamb said in a YouTube video posted Friday that he is running, declaring: “I believe this is the most important Senate seat in the country.”

He planned to launch his campaign Friday afternoon at a union hall in Pittsburgh before heading out on a statewide tour.

“I talk with Pennsylvanians every day who have come to believe that our democracy is in crisis. And they’re right. The other side denies reality and worships Trump. They’re making it harder to vote and lying about our elections,” Lamb said in his campaign video.

He said Democrats need to build on their majority and “tell the truth about what’s really going on in people’s lives,” identifying working-class pay, retirement security and health care as issues he’ll be campaigning on.

Lamb faces a diverse lineup of Democratic candidates. They include the state’s lieutenant governor, John Fetterman; Philadelphia state House Rep. Malcolm Kenyatta, who is Black and openly gay; and anesthesiologist Val Arkoosh, a woman who chairs Montgomery County’s board of commissioners.

Lamb reported $1.8 million in his campaign account as of June 30, well behind Fetterman but ahead of everyone else in the race.

Also running on the Democratic side is John McGuigan, a software executive; Dr. Kevin Baumlin, the chair of emergency medicine at Pennsylvania Hospital; and Eric Orts, a climate change activist and professor at the University of Pennsylvania’s Wharton School. Meanwhile, Philadelphia state Sen. Sharif Street, the son of former Mayor John Street, has said he is considering running.

There is an equally long list of GOP candidates for the seat, some with ties to Trump.

The list includes conservative commentator Kathy Barnette, running to become the first Black Republican woman in the Senate; Jeff Bartos, a real estate investor who was the party’s nominee for lieutenant governor in 2018; Carla Sands, Trump’s former ambassador to Denmark; and Sean Parnell, a friend of Donald Trump Jr. who launched a career as an author after writing a memoir of his tour of duty as an Army Ranger in Afghanistan.

Parnell unsuccessfully challenged Lamb in last year’s close election for Lamb’s suburban Pittsburgh seat, raising the prospect that the two men could once again face each other on a bigger stage.

Pennsylvania’s primary is May 17.