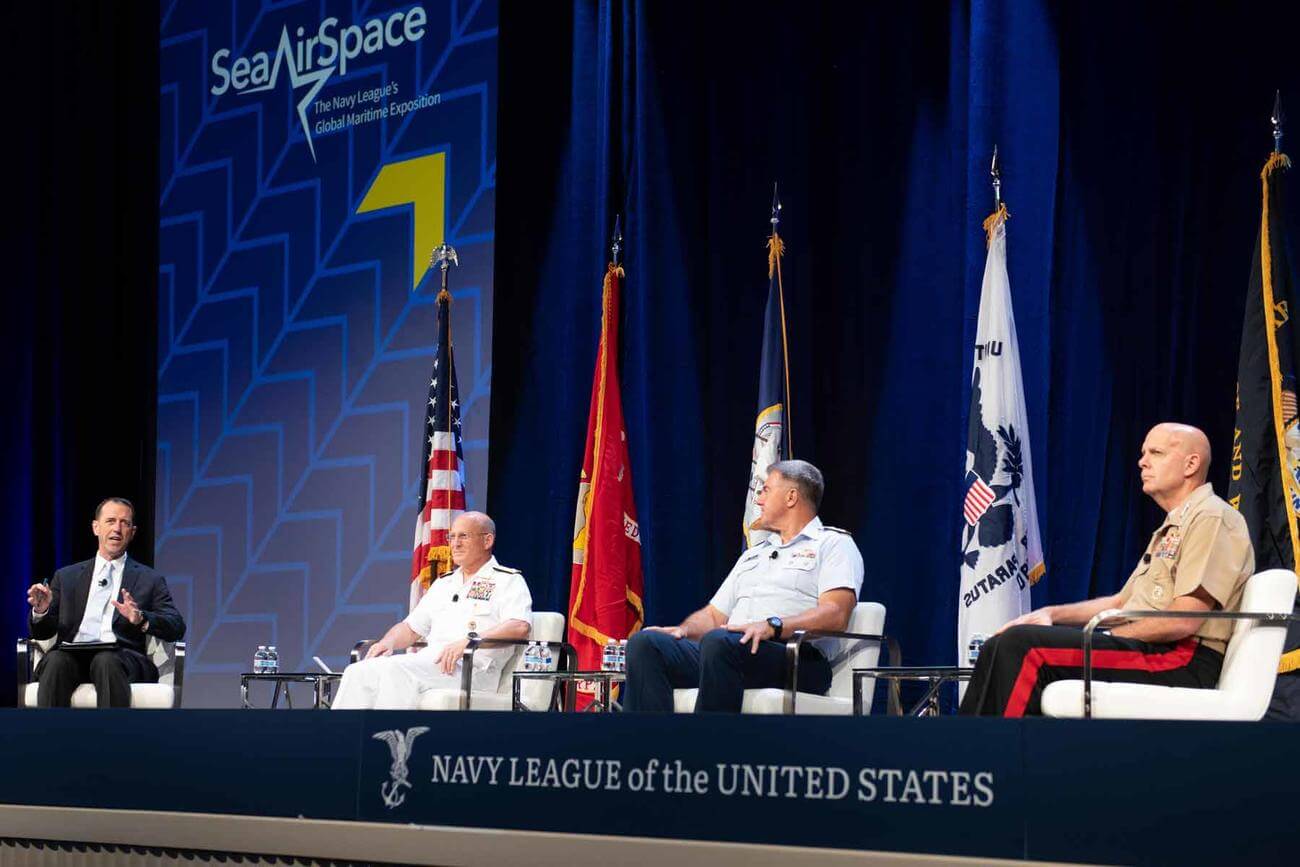 The Navy’s highest-ranking officer acknowledged on Monday that the branch’s elite warfighting unit, the SEALs, had a problem with character and ethics.

Speaking at the annual Sea Air Space conference at a convention center just outside of Washington, D.C., Chief of Naval Operations Adm. Michael Gilday noted that the special warfare community underwent “a comprehensive review” that he likened to the review the surface warfare community conducted after the collisions of the Fitzgerald and the McCain. That review looked at the collisions the two destroyers had with merchant ships in 2017 that claimed the lives of 17 sailors.

The evaluation of special forces was conducted by the U.S. Special Operations Command and found that unrelenting demand — along with the command’s willingness to take on the missions when overtasked — has taken a toll across special warfare units.

According to Gilday, the issue “with the SEALs — it wasn’t professional competency like it was in the surface community; it was character and ethics.”

The military-wide review was directed by Army Gen. Richard Clarke, head of U.S. Special Operations Command, in 2019. Clarke’s directive followed several prominent and embarrassing events within the command – many of which included Navy SEALs, which he said threatened the trust Americans place in their special operators.

“I ordered this review to keep faith with the American people and our policy leaders regarding the good order and accountability of SOF,” Clarke said in a statement in August 2019.

The most notable black eye for the SEALs was the trial of now-retired SEAL Eddie Gallagher, whom former colleagues accused of war crimes during a tumultuous deployment to Iraq in 2017. Gallagher ultimately was acquitted at court-martial on most charges but found guilty of posing for a photo with a prisoner’s corpse. Gallagher was demoted, but then-President Donald Trump restored his rank and he was allowed to retire honorably.

In 2019 the three top leaders of SEAL Team 7 were fired after the unit was booted from Iraq mid-deployment. Rear Adm. Collin Green relieved the men “due to a loss of confidence that resulted from leadership failures that caused a breakdown of good order and discipline within two subordinate units while deployed to combat zones,” according to a Navy statement.

That same year, Green also sent a four-page memo to his senior leaders, ordering a host of changes within the Navy SEAL community, after allegations of sexual assault, high-profile legal battles and drug use in the ranks.

Gilday said the Navy Special Warfare community has now “placed great emphasis on [character and ethics] in terms of their mentoring and their training.”

“I just spoke with the Naval Special Warfare commander and he had just finished interviewing a number of chief petty officers to go overseas in a … high-risk operation,” Gilday said.

Gilday explained that the chiefs that didn’t make the cut are “now … going through remedial training to get them back to a level where future missions they will compete.”

When asked for more details on the mission or the remedial training, Naval Special Warfare spokeswoman Lt. Kara Handley said that “for the security of our service members, we do not disclose operational details of missions.”

“We do not have anything further to add to [the] CNO’s comments,” she said.