Senate Defense Bill Would Add $2 Billion for Shipbuilding, Including Another Destroyer 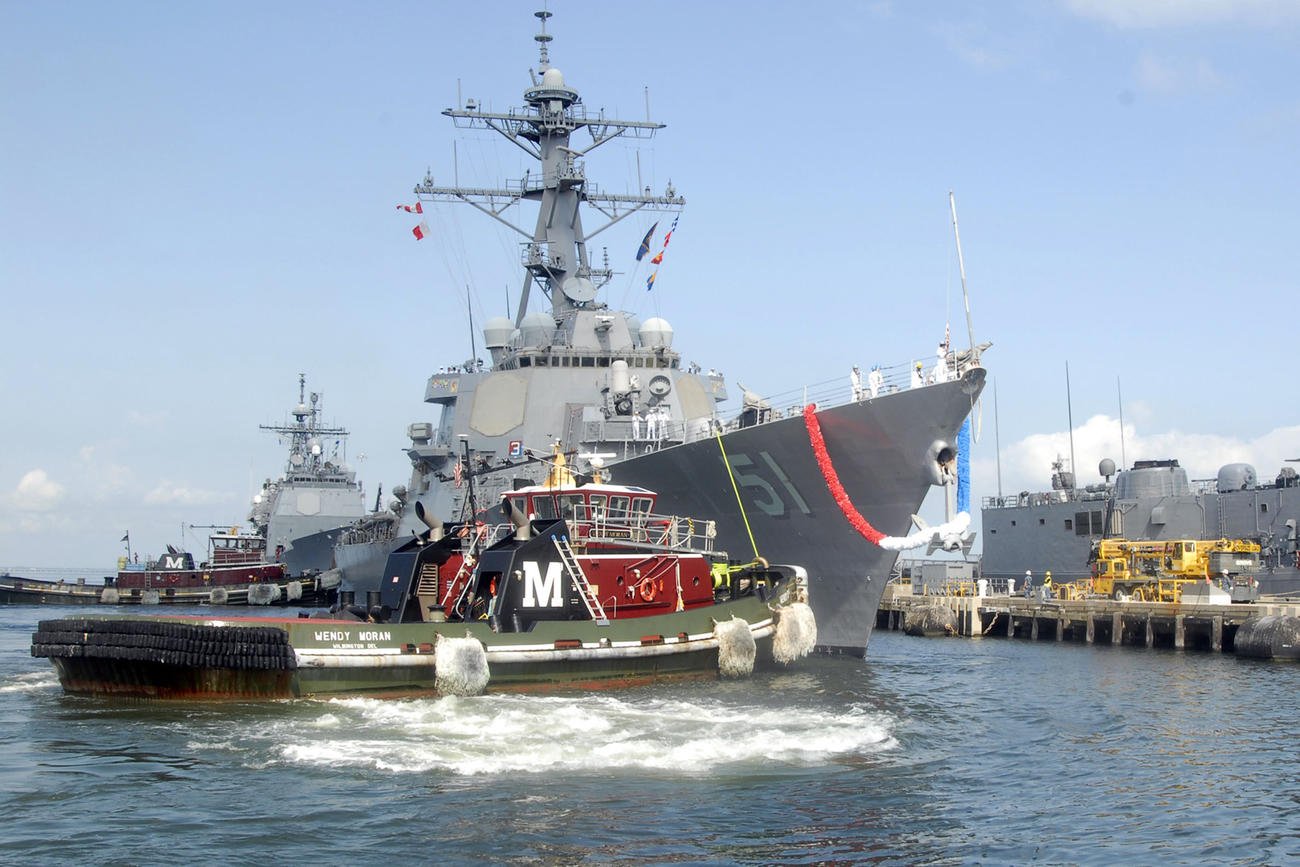 The defense policy bill agreed to by the Senate Armed Services Committee late Wednesday night adds $2 billion to the Navy‘s shipbuilding budget — funding that would double the number of Arleigh Burke-class destroyers requested by the service.

In a video call with reporters Thursday, Sen. Tim Kaine, D-Va., said the committee agreed to increase the Pentagon’s top-line budget by $25 billion, from roughly $715 billion to $740 billion, including an additional $2 billion for shipbuilding.

The extra money would fund another Arleigh Burke-class destroyer in addition to the one requested in President Joe Biden’s budget. The bill also includes funding for an expeditionary fast transport, two Virginia-class fast-attack submarines, an FFG(X) guided missile frigate and other support ships requested by the Navy, Kaine said.

The legislation offers $12.5 billion for ship maintenance and repair, he added.

“We don’t exactly know what top line the House will come out with,” Kaine said. “But that additional $25 billion means that $2 billion more will be spent in shipbuilding and ship repair, and that’s going to have significant benefit for Hampton Roads,” referring to the Tidewater region of Virginia, which hosts two of the country’s biggest shipyards.

Navy officials told USNI News earlier this year the service planned to cut a destroyer in order to invest in other programs, such as the Columbia ballistic missile submarine program.

The deleted destroyer is the top item on the Navy’s unfunded priority list — a “wish list” of sorts that the military branches give Congress.

The House Appropriations Committee has proposed a $706 billion defense spending package that is closer to the White House’s top line but includes funding for two Arleigh Burke-class destroyers — a sign, when coupled with the Senate’s current policy bill, that the Navy will get at least one more ship than it requested in the congressional budget process.

Lawmakers have raised concerns about the service’s budget priorities, saying that planning to cut ships “sends the exact wrong message” to potential adversaries like China.

“Losing more Navy power relative to China would result in the loss of our ability to deter Chinese aggression against our regional partners and Beijing’s disregard for maritime rule of law,” wrote members of Mississippi’s congressional delegation, including Republican Sens. Roger Wicker and Cindy Hyde-Smith and Rep. Bennie Thompson, a Democrat.

Previous destroyers have been built at Bath Iron Works in Maine and Ingalls Shipbuilding in Pascagoula, Mississippi.

Two Soldiers Killed in 2017 Niger Ambush Named Honorary Green Berets
‘They Choose Not to Listen’: Thae Ohu Speaks for the First Time on Her Experience in the Marines