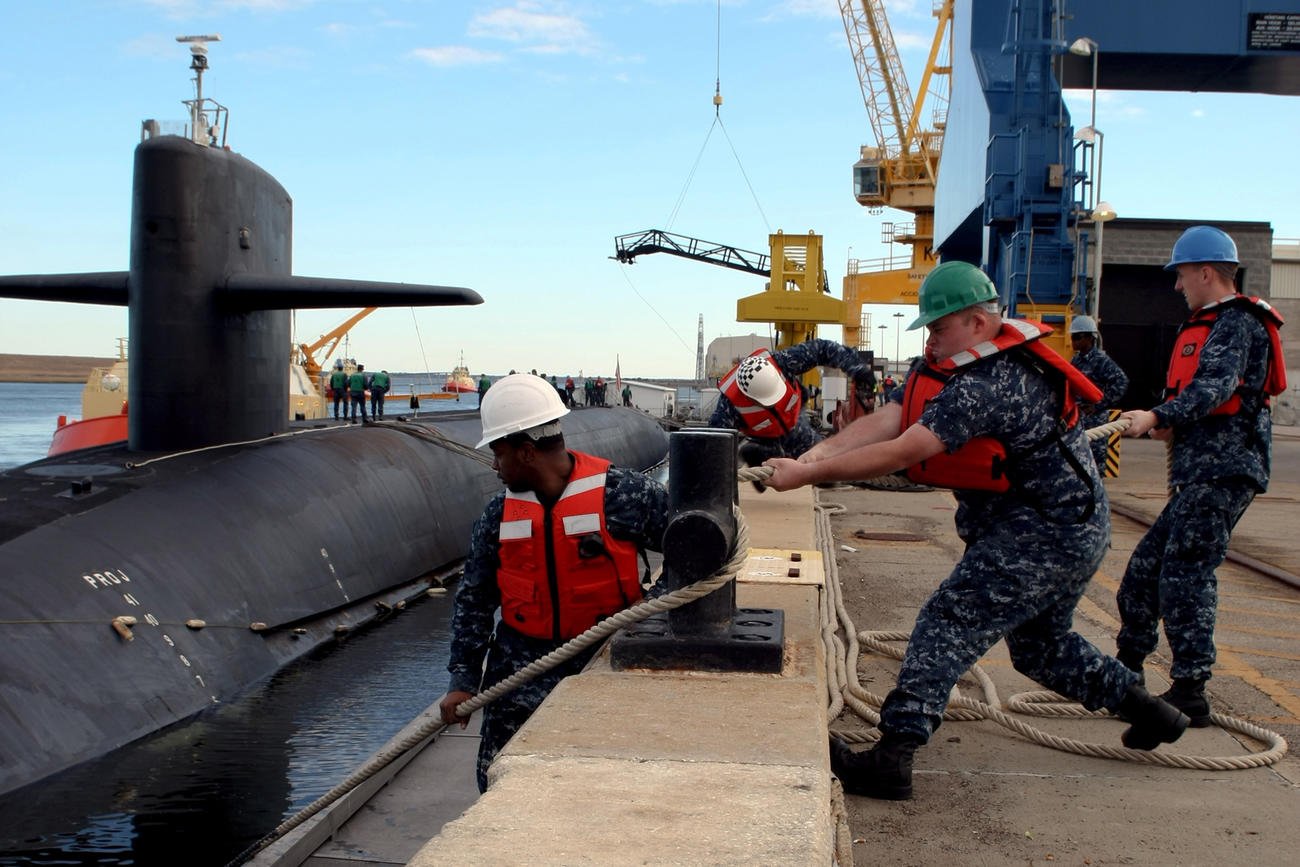 A tornado with winds that reached about 120 miles per hour struck Naval Submarine Base Kings Bay, Georgia, on Wednesday afternoon, causing injuries and damage, the National Weather Service said Thursday.

Damage from the tornado, which touched down around 5:45 p.m. local time, was focused on a recreational vehicle park on the Navy base, which is the East Coast home for the Ohio-class ballistic missile submarines.

Lt. Stu Phillips, a spokesman for the base, said that a total of 12 RVs were damaged, with one even ending up in the water.

Read Next: Air Force Releases a New Peek at the Stealthy B-21 Raider

Ben Nelson, a meteorologist for the National Weather Service in Jacksonville, Florida, said that the park sustained “significant damage.”

“A truck got completely flipped over and tossed for a pretty decent distance,” he said. “There’s debris just kind of scattered all over the park with RVs toppled over and flipped over.”

Nelson said that the service received reports of “somewhere between 15 and 20 people” suffering injuries during the storm.

Phillips said that 10 people were transported to a local hospital but noted that none of the injuries was life-threatening. It’s still not clear how many of the injured are service members, dependents or civilians, he added.

Although damage assessments are ongoing, Phillips noted that some buildings on base also suffered damage. However, he added that there was “no damage to our submarines or any sensitive military equipment.”

“While the situation here is still very dynamic, I want to thank all of our first responders and Camden County first responders for their quick actions,” Capt. Chester Parks, the base’s commanding officer, said in a statement. “Their quick response most certainly helped.”

Sen. Jon Ossoff, D-Ga., said he spoke with Parks on Wednesday night and pledged “to provide any necessary Congressional assistance,” according to a statement.

Ossoff added that affected families can contact his office for help.

The tornado was the result of Tropical Storm Elsa, which made landfall along the north Florida coast Wednesday morning.

“We see tornadoes with landfalling tropical systems, but we usually don’t see EF2-type tornadoes,” Nelson explained. “This is a pretty significant type of event.”

The Enhanced Fujita or “EF” scale is used to assign a tornado a rating based on estimated wind speeds and related damage. It ranges from EF-0 to EF-5.

The latest Defense Department budget request specifically asked for $617 million in new investments to help it prepare for and respond to climate change. The money would be used to renovate installations to improve their ability to operate during severe weather conditions and be able to recover more quickly after disruptive natural or man-made emergencies.