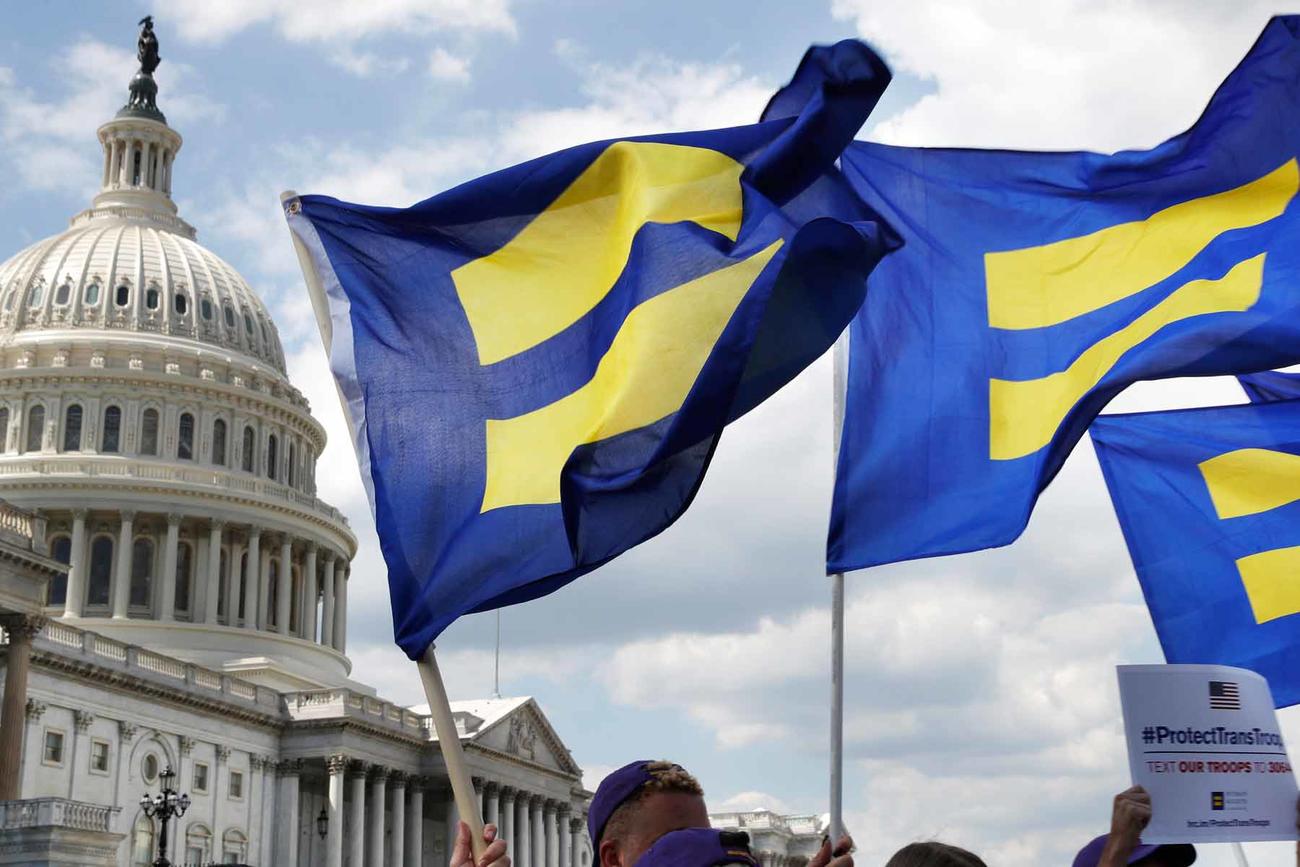 Transgender soldiers can openly serve in the Army and the force will provide hormone theropy, mental health care and surgeries they might require, according to a force-wide memo issued out last week.

“This directive supersedes all previous guidance,” Maj. Gen. Douglas Stitt, director of the Army G-1 Military Personnel Management Office, told reporters at a June 24 news conference. “The Army is open to all who can meet the standards. No otherwise qualified soldiers may be discharged or denied service, solely on the basis of gender identity.”

A soldier’s gender identity will no longer be a cause for involuntary separation, denied reenlistment or other adverse action, according to the memo. The Army’s new policy follows President Joe Biden’s executive order on his first week in office in January repealing a Trump-era ban on transgender troops.

Read Next: Eddie Gallagher Vs. the World: After War Crimes Trial, Notorious SEAL Is Out to Settle Scores

To qualify for gender-transition care, soldiers have to be diagnosed with gender dysphoria. According to the American Physicatric Assosication, gender dysphoria refers to psychological distress resulting from an individual’s biological sex conflicting with their identity.

Treatment from the Army will consist of four elements: “hormones, psychotherapy, real-life experience, and surgical intervention,” Col. Deidra Briggs-Anthony, assistant deputy of health affairs for manpower and reserve affairs explained. But not all soldiers will require all four components for their transition.

“That timeline can vary, case by case. Some may need weeks, others could [need] months,” Briggs-Anthony said. “The plan made by health care providers will be communicated with the soldier’s chain of command. She added that the timing of treatment may affect some soldiers’ availability for duty, and some soldiers may be placed on a medical profile.

According to the memo, the “real-life experience” is a “necessary precursor” to gender-related surgeries. The real-life experience phase “generally encompasses dressing in the new gender and using self-identified gender bathroom and showering facilities.”

Once the soldier feels stable and their transition is complete, their self-identified gender will be reflected in Army personnel records.Once that change is final, all physical standards and requirements for that given gender will apply, according to the memo. While the Army’s previous fitness test had a dramatic difference in standards between men and women, it is unclear if the new test will incorporate gender-specific standards as leaders continue to tweak it.

Transgender candidates previously had to serve in their biological sex and prove they have been mentally and physically stable for 36 months before enlisting or commissioning in the Army. Under the new policy, new recruits can serve in their self-identified gender and only have to demonstrate 18 prior months of stability. That timeline can also be waived in certain circumstances, according to the new policy.

Applicants to join the Army must have a U.S. passport or certified copy of a court order reflecting their self-identified gender.

It is unclear how many transgender troops there are. Defense Department data shows there are 726 soldiers serving in the Army who have been diagnosed with gender dysphoria, the most out of all the branches. DoD shos 576 transgender service members in the Navy, 449 in the Air Force and 141 in the Marine Corps, but the data could skew low given the likelihood of additional troops who never sought a formal diagnosis.

Earlier this month, Military.com reported the Pentagon has spent $15 million in the past five years to treat 1,892 transgender troops, including $11.5 million for psychotherapy and $3.1 million for surgeries – a relative drop in the bucket compared to the mammoth $35.6 billion for descretionary health care spending in the proposed 2022 budget.

According to the Defense Health Agency, the surgeries were performed in military health facilities and included removal of testicles or breasts, hysterectomies and labiaplasty.

The Army’s policy follows the Department of Veterans Affairs‘ announcement that they too would provide gender confirmation surgery to transgender veterans.

“We’re making these changes not only because they are the right thing to do, but because they can save lives,” VA Secretary Denis McDonough said earlier this month. “When President Biden nominated me to lead the VA, he told me to fight like hell for our Vets. And when he said that, he meant all veterans.”

— Patricia Kime contributed to this report

Related: Here’s How Much the Pentagon Has Spent So Far to Treat Transgender Troops

‘Keep It Gucci:’ The Precise Art of Being an Air Force In-Flight Refueler
USS Mustin to Be Replaced by USS Ralph Johnson After a Busy 15 Years in Japan