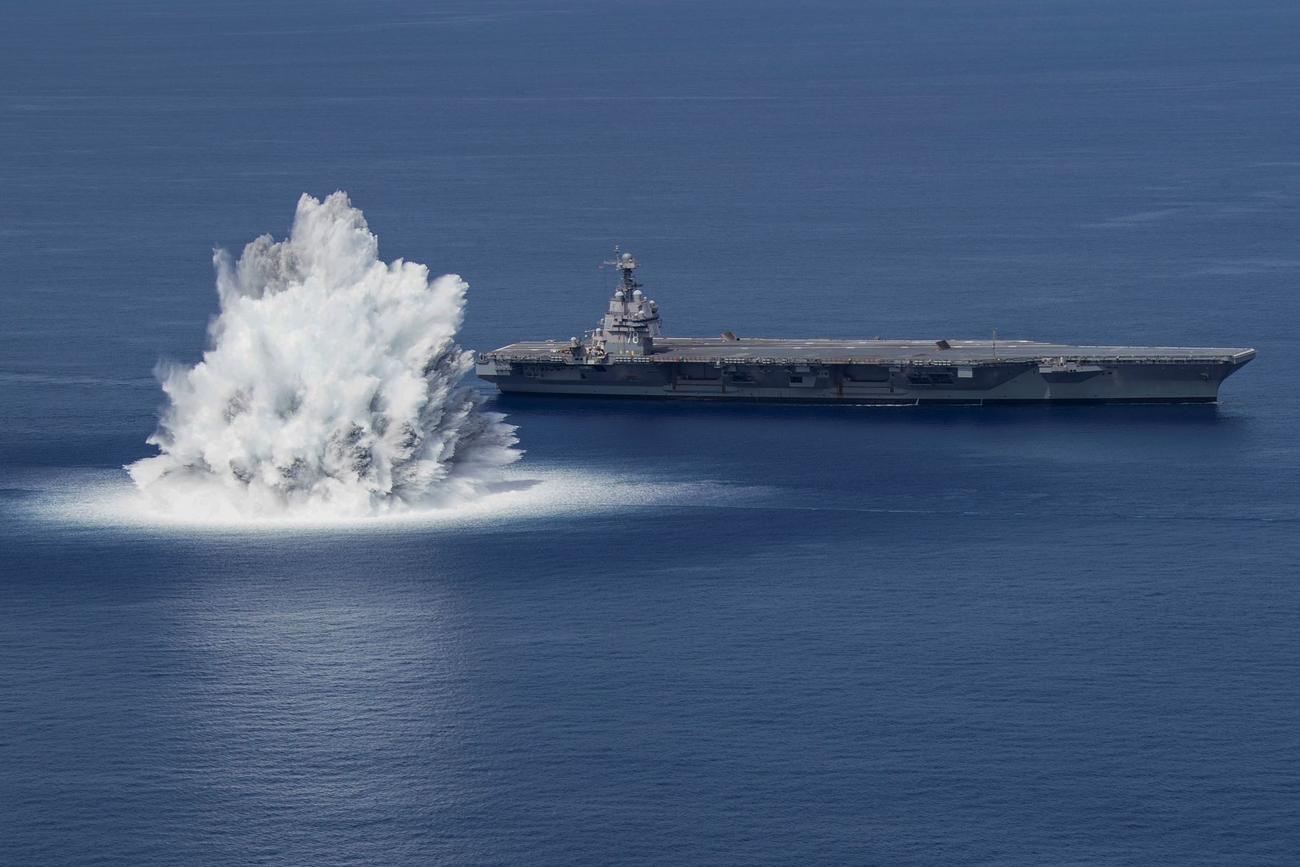 The U.S. government agency recorded the activity as an “experimental explosion” about 100 miles off the coast of Florida, where a Navy spokesperson confirmed to Insider the Ford is undergoing shock trials.

Shock trials test a ship’s ability to withstand brutal battle conditions, specifically the detonation of ordnance nearby. By setting off controlled explosions near Navy ships, the Navy can identify critical shock-related vulnerabilities.

The Navy released video footage of the explosive shock trials from different angles. The Navy video, which appears to have been taken from aboard the Ford, shows the intensity of the nearby explosion.

USS Gerald R. Ford, a first-in-class vessel and the Navy’s most advanced aircraft carrier, was “designed using advanced computer modeling methods, testing, and analysis to ensure the ship is hardened to withstand battle conditions, and these shock trials provide data used in validating the shock hardness of the ship,” the service said.

Commenting on the results of the first explosive event, posts on the Ford’s official social media pages said that “the leadership and the crew demonstrated Navy readiness fighting through the shock, proving our warship can ‘take a hit’ and continue our mission on the cutting edge of naval aviation.”

The Navy explained in a Facebook post on the testing that it “conducts shock trials of new ship designs using live explosives to confirm that our warships can continue to meet demanding mission requirements under harsh conditions they might encounter in battle.”

During the war, the Navy discovered that while “near miss” explosions did not severely damage the hull or superstructure of ships, the shock from the blast would knock out key system and cripple the vessels.

The Navy said that the trials are being conducted in a way that “complies with environmental mitigation requirements, respecting known migration patterns of marine life in the test area.”

The service also stated that it “also has employed extensive protocols throughout [full-ship shock trials] to ensure the safety of military and civilian personnel participating in the testing evolution.”

© Copyright 2021 Business Insider. All rights reserved. This material may not be published, broadcast, rewritten or redistributed.

Soldier Dad and Son Celebrate Father’s Day with Airborne Jump
4 Years After the Marines United Scandal, What Has the Military Learned?