‘At the Limits of What I Can Do:’ Marine Corps Commandant Makes Plea for Funding 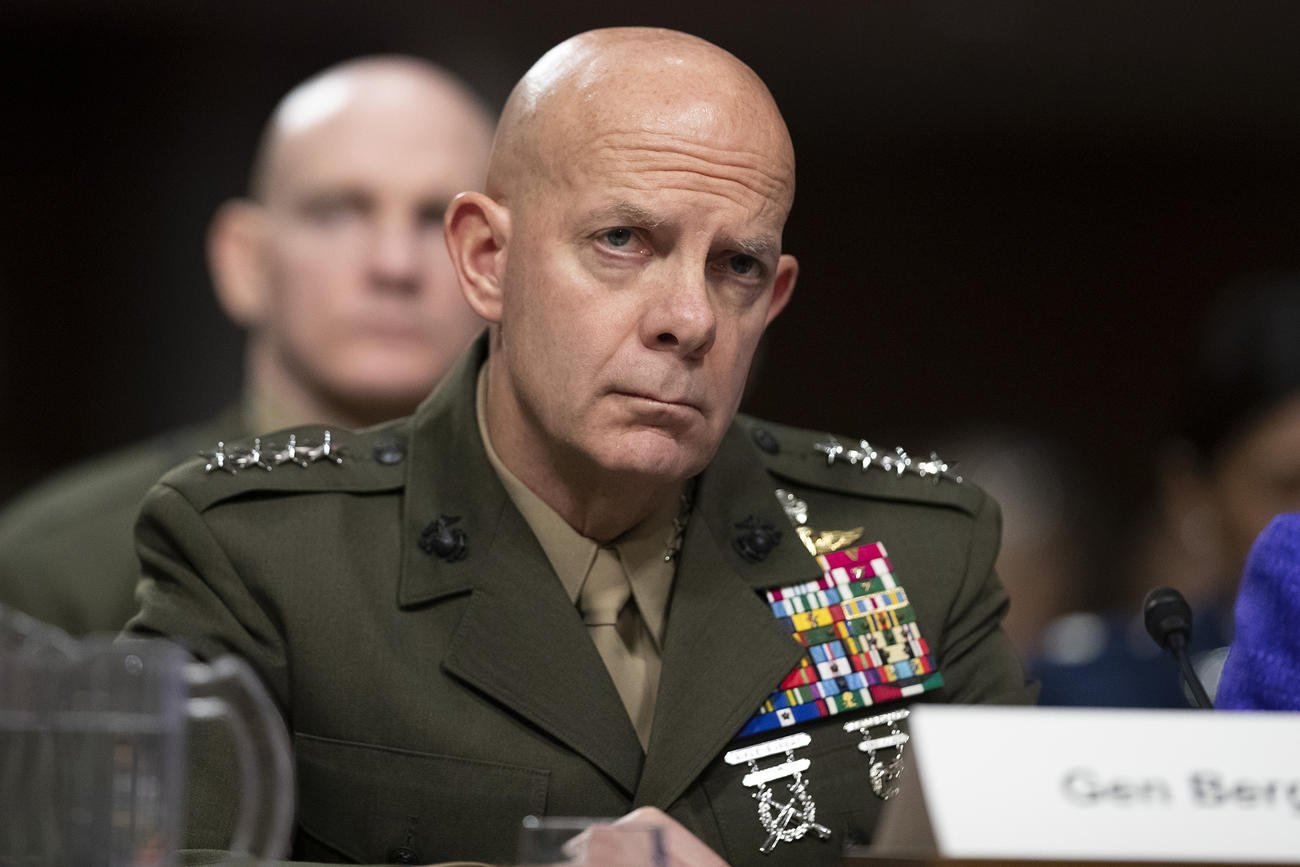 Arguing for full funding of the Marine Corps’ fiscal 2022 budget request, Commandant Gen. David Berger said his service has shed all waste and needs support to focus on potential adversaries like China and Russia.

Making his case before the House Armed Services Committee Tuesday for the Marine Corps’ $47.86 billion budget request, Berger said he has reduced headquarters staffing by 15%, cut legacy systems and end strength, and has nothing left to draw from to fund programs and projects.

“We have wrung just about everything we can out of the Marine Corps internally,” Berger said. “We’re at the limits of what I can do.”

Read Next: ‘I Want the White House’s Hair on Fire:’ Senator Calls For Action to Save Afghan Interpreters

Berger is using the money he has saved by reorganizing the Marine Corps and shedding capabilities such as tanks and artillery to invest in new technologies and platforms.

Among the systems included in the fiscal 2022 budget is development of the Ground/based Anti-Ship Missile/Remotely Operated Ground Unit Expeditionary Fires Vehicle. The Marine Corps had requested funding for this program but the budget was cut, and the Corps also received no funding for long-range fires.

“It set us back in time, and for combatant commanders, this equals risk,” Berger said during the hearing.

The service also plans to invest in its new amphibious combat vehicle, buying 92 per year. It also plans to buy eight Ground/Air Task-Oriented Radar, or GATOR, systems for $300 million.

As part of the planned cuts, the service will divest itself of some or all of its Mine Resistant Ambush Protected Vehicles as well as the M88A2 Hercules Recovery Vehicle and the vehicle-mounted Training Counter Radio Controlled Improvised Explosive Device-Electronic Warfare (CREW) system, “since it no longer meets training objectives,” according to budget documents.

The Marine Corps submitted a $3 billion list of its unfunded priorities to Congress this year, items that Berger said are needed to counter the “pacing threat” of China, which is rapidly building up its strategic forces.

The top wishes on the list include two types of anti-ship missiles, including 35 anti-ship Naval Strike Missiles for $57.8 million, and 48 Tactical Tomahawk long-range anti-ship and strike missiles for $96 million.

The list also includes two KC-130J aircraft for $197.7 million — replacements for aircraft that were lost in 2018 in Japan and last year in California.

Funding for items on the list would help the Marine Corps’ “counter the pacing threat of China in the near term,” Berger said.

“We are self-funding our modernization. The items on the unfunded priority list would help us move faster.”

Related: Top Marine General: We Need to Get Comfortable with ‘Throwaway’ Equipment