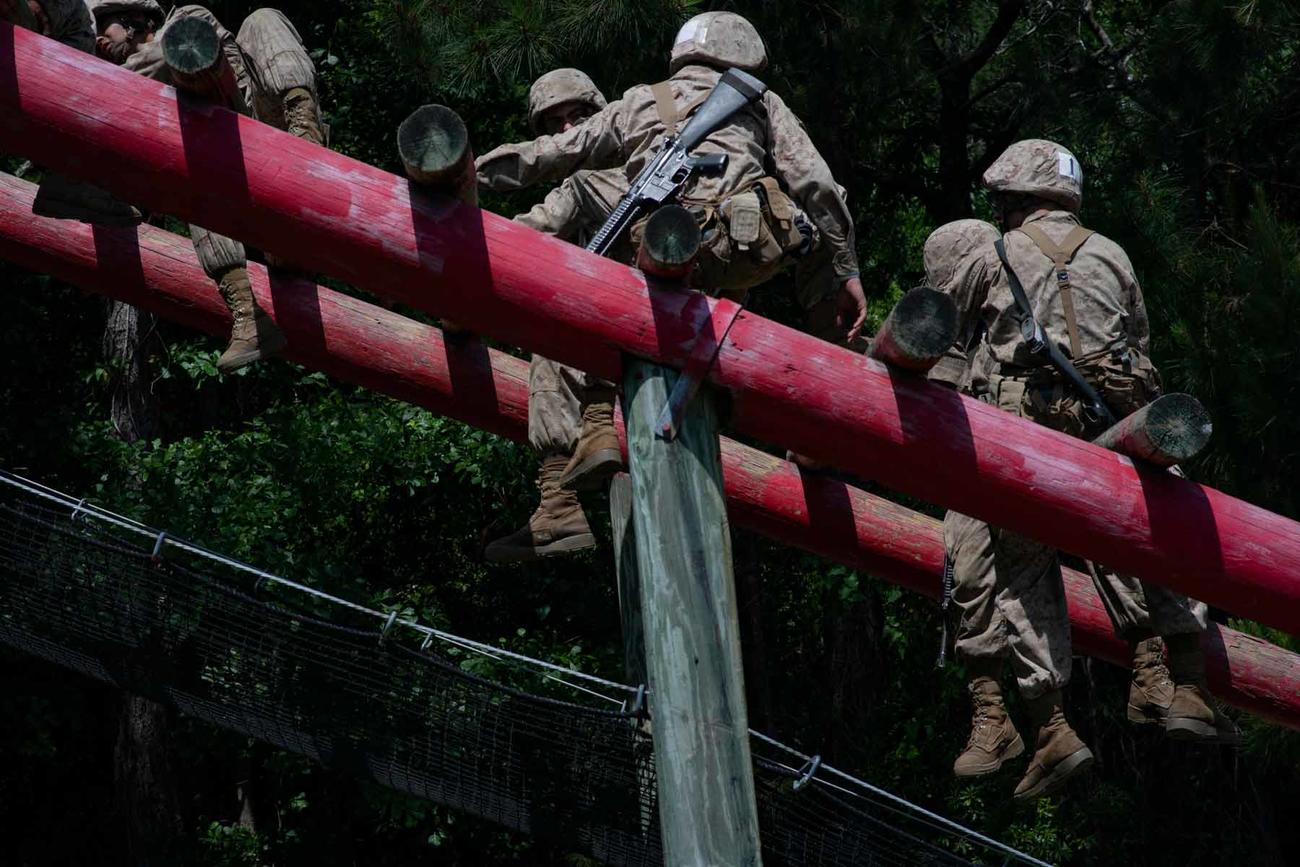 Pfc. Dalton Beals died during the event. Parris Island did not provide any details about his death or immediately respond to a request for comment. His age and hometown were not disclosed.

“On Friday, June 4th, Private First Class Dalton Beals passed away during the conduct of The Crucible with the new Marines of Echo Company,” the statement said. “Our deepest condolences go out to Dalton’s family and to the Marines and staff of Echo Company. The cause of death is currently under investigation.”

An online fundraiser set up on behalf of Beals’ family described the recruit as “a son, a brother, a friend of many, an incredible athlete and a United States Marine.”

He had been set to graduate June 18, it adds.

His amazing mother described him as “the most sincere, kindhearted, sweet and amazing young man”.

The Crucible is the final challenge for Marine recruits, following 13 weeks of intensive training. It is a 54-hour endurance test that assesses what the recruits have learned, and limits food and sleep.

The final part of the event is a 9-mile ruck march from the training ground to a ceremony field where the recruits are given their Eagle, Globe and Anchor pins, symbolizing that they have become Marines.

Recruit deaths at boot camp are rare but not unheard of. In a 2016 scandal that made national headlines, a 20-year-old recruit, Raheel Siddiqui, died after apparently jumping from the third floor of a barracks building. Siddiqui’s death uncovered a pattern of hazing by drill instructors that resulted in firings and prosecutions. The recruit’s family continues to dispute the classification of Siddiqui’s death as a suicide.

The most infamous tragedy at Parris Island took place in 1956, when a junior drill instructor marched his recruits into a swampy body of water at the depot known as Ribbon Creek. Six of the recruits drowned. The drill instructor was ultimately court-martialed, but allowed to remain in the Marine Corps.

Related: Frosted Windows, Shower Signs: What It Took to Get the Marines’ San Diego Boot Camp Ready for Female Recruits

Remembering the Rohna: ‘You’re Supposed to be Dead’
What is Steel Mace Training? How a Stone-Age Weapon Evolved Into Fitness Equipment