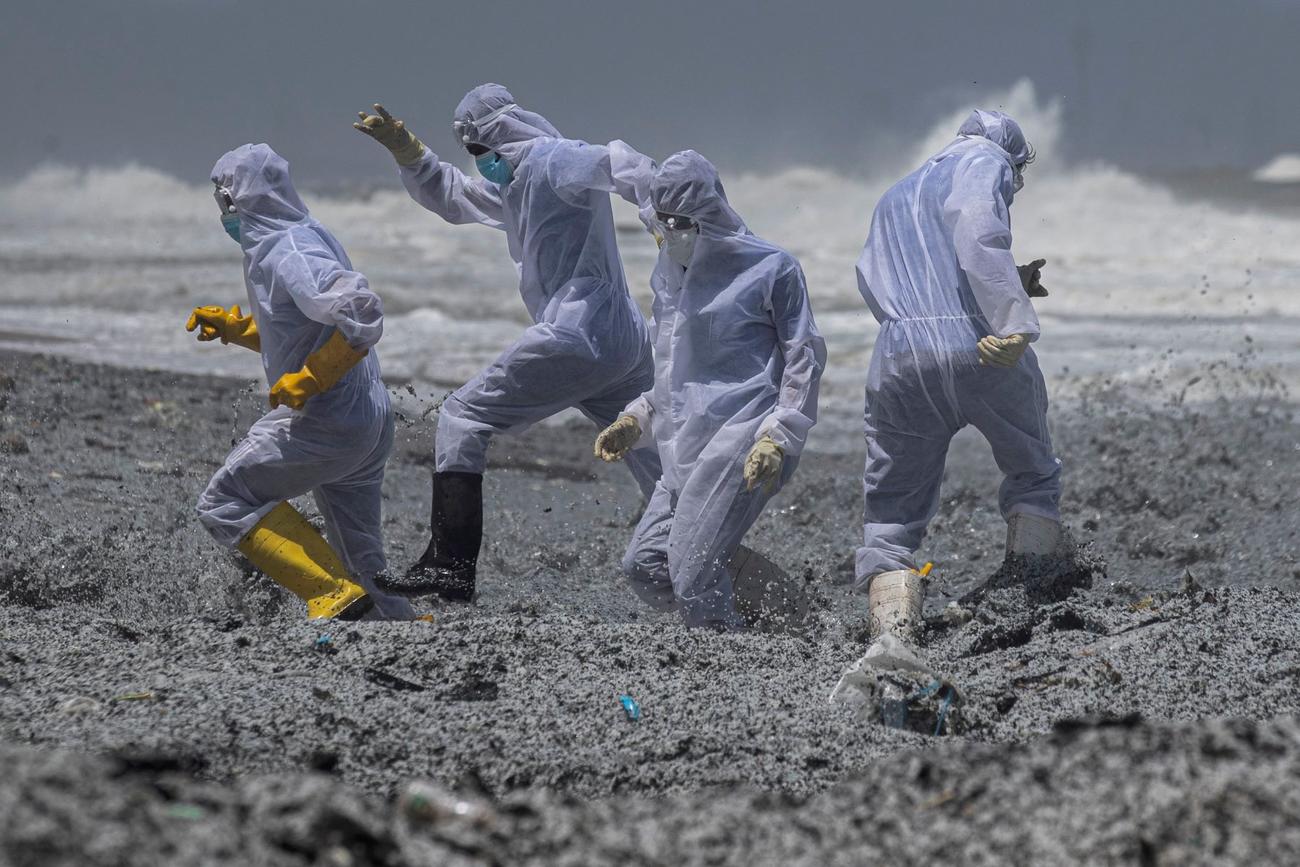 Fishermen have been banned from an 50-mile stretch of coast near the Singapore-registered MV X-Press Pearl as an international firefighting operation went into a 10th day.

“There is smoke and intermittent flames seen from the ship,” navy spokesman Captain Indika de Silva told AFP. “However, the vessel is stable and it is still in anchorage.”

Authorities are more worried about millions of polyethylene pellets washing up on beaches and threatening fish-breeding shallow waters.

The affected seafront is known for its crabs and jumbo prawns as well as its tourist beaches.

“This is probably the worst beach pollution in our history,” said Dharshani Lahandapura, head of Sri Lanka’s Marine Environment and Protection Authority (MEPA).

Thousands of military and security personnel in hazmat suits are cleaning the beaches of plastic waste and other debris from the ship, which caught fire on May 20.

The impact on mangroves, lagoons and marine wildlife in the region was being assessed.

The jobs of thousands of fishermen are at risk, according to authorities, and the MEPA said a possible oil leak would only add to the devastation.

Much of the ship’s cargo, including 25 tons of nitric acid, sodium hydroxide, lubricants and other chemicals, appeared to have been destroyed in the fire, officials said.

The X-Press Pearl caught fire as it waited to enter Colombo harbor and remains anchored just outside the port.

Authorities believe the fire was caused by a nitric acid leak that the crew had been aware of since May 11. The 25-member crew were evacuated after an explosion on the vessel.

Four Indian ships have joined Sri Lanka’s navy in the battle to contain the fire. Two vessels were equipped to deal with an oil slick, officials said.

Salvage operations are being led by the Dutch company SMIT, which has sent specialist fire-fighting tugs.

The fire on the New Diamond tanker took more than a week to put out and left a 25-mile long oil spill. Sri Lanka has demanded the owners pay $17 million for the clean-up.

This article was from Agence France Presse and was legally licensed through the Industry Dive publisher network. Please direct all licensing questions to legal@industrydive.com.

© Copyright 2021 Agence France Presse. All rights reserved. This material may not be published, broadcast, rewritten or redistributed.