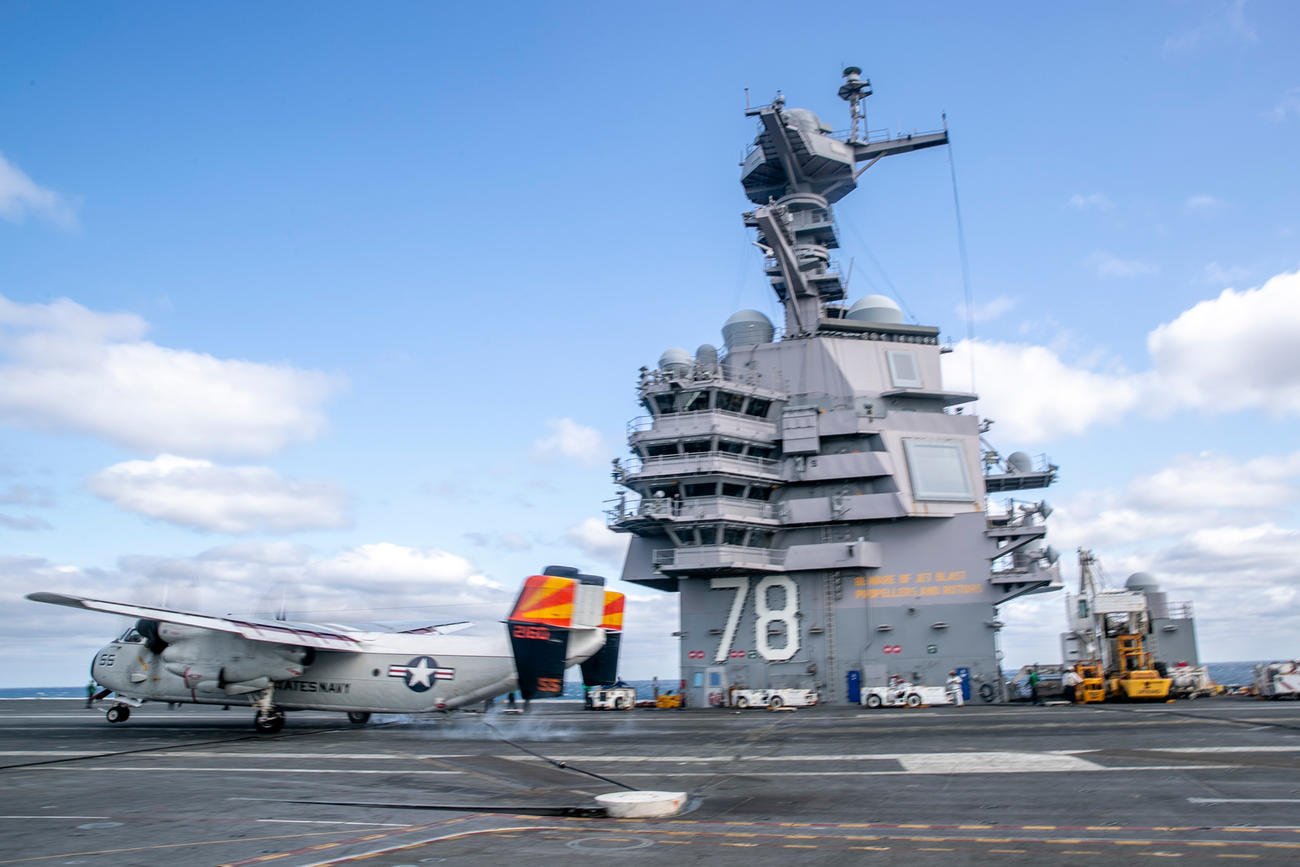 When USS Gerald R. Ford ties up at Newport News Shipbuilding’s pier 2 this summer after its full ship shock trials — a test involving blowing up a lot of high explosives next to the Navy’s newest carrier — the aim really isn’t to fix things that might have been shaken loose.

Instead, it’ll be for the Ford’s first “planned incremental availability” — PIA or P-Yah in Navy-speak — the every-couple-of-years pause to install the latest updates to equipment and take care of maintenance work that’s harder to do at sea.

And, this one should go pretty quickly, since the Ford’s crew has already been doing much of the work when it takes a break in Norfolk after working through its at-sea tests and trials to certify ship systems and sailor skills, says Lucas Hicks, the shipyard’s vice president, new construction aircraft carrier programs.

“We’re all working to get the Ford into the fight as soon as possible,” Hicks said.

The Ford’s stay at pier 2 will probably stretch into the early months of next year.

About 60% of the work slated for the PIA involves updating and modernizing equipment — everything from plugging in updated circuit boards to installing new communications networks and software.

“Just think of how much your cellphone has changed in the last 15 years — that’s when we started designing the Ford,” Hicks said.

Another 20% of the work involves maintenance — and since Ford is the first of its class, a key focus will be making notes on wear and tear on the ship and its components to see how it compares with what designers expected. The goal is to refine the long-term maintenance plan for a carrier that will be in operation for half a century.

Just in case, Hicks is setting aside about 8% of scheduled work time for any fixes needed after the shock trial — it’ll be the first such trial of a carrier since 1987.

The rest of the time will be finishing up any fixes to ship systems that need to be made.

One significant task here is completing the testing and certification of the last two of the Ford’s 11 weapons elevators.

They’re being groomed for the extensive tests needed to certify any system — in this case, the new electromagnetic and linear motors that drive the elevators, replacing the wire ropes and hydraulics of older carriers. Those elevators are essential to the Ford’s goal of boosting a carrier air-wing’s sortie rate — the number of planes it can launch over a set period. The idea of using electromagnets and linear electrical motors came almost two decades ago, as the shipyard’s in-house designers and engineers from Naval Sea Systems Command brainstormed on ways to move ordnance to planes faster, while reducing safety risks and maintenance requirements.

PIAs are normally the work of the Navy’s in-house shipyards — Norfolk Naval Shipyard has just completed a similar one for USS Harry S Truman — although Newport News Shipbuilding regularly dispatches its specialists to naval yards to pitch in with the work.

For the Ford’s PIA, roughly two-thirds of the work will be done by the Ford crew.

Hicks and his team are responsible for coordinating it all, just as a general contractor on a construction project schedules and oversees the plumbing, electrical and HVAC subcontractors.

The yard is slated to handle both the first and second PIAs for the Ford.

In part, this is because of the heavy maintenance and repair load at the Navy’s own yards, and in part because the Ford’s new 13,800-volt electrical system — heavier duty than in older carriers, thanks to its new design nuclear reactor and the 300% increase in electric power it can produce — can connect directly into a shipyard grid, not yet installed elsewhere.

It also means that during its PIA, the Ford will be moored next to the John F Kennedy, second of the Ford class carriers, now at pier 3 for outfitting work. Eventually, Enterprise will move to the other side of pier 3, as well.

“There’s going to be a lot of Ford-class expertise to call on right there,” Hicks said.

More Than 70 Years after He Died Fighting for His Country, a Soldier from SC Returned Home
Former Marine Who Pleaded Guilty to Decades of Sex Trafficking Sentenced to 30 Years