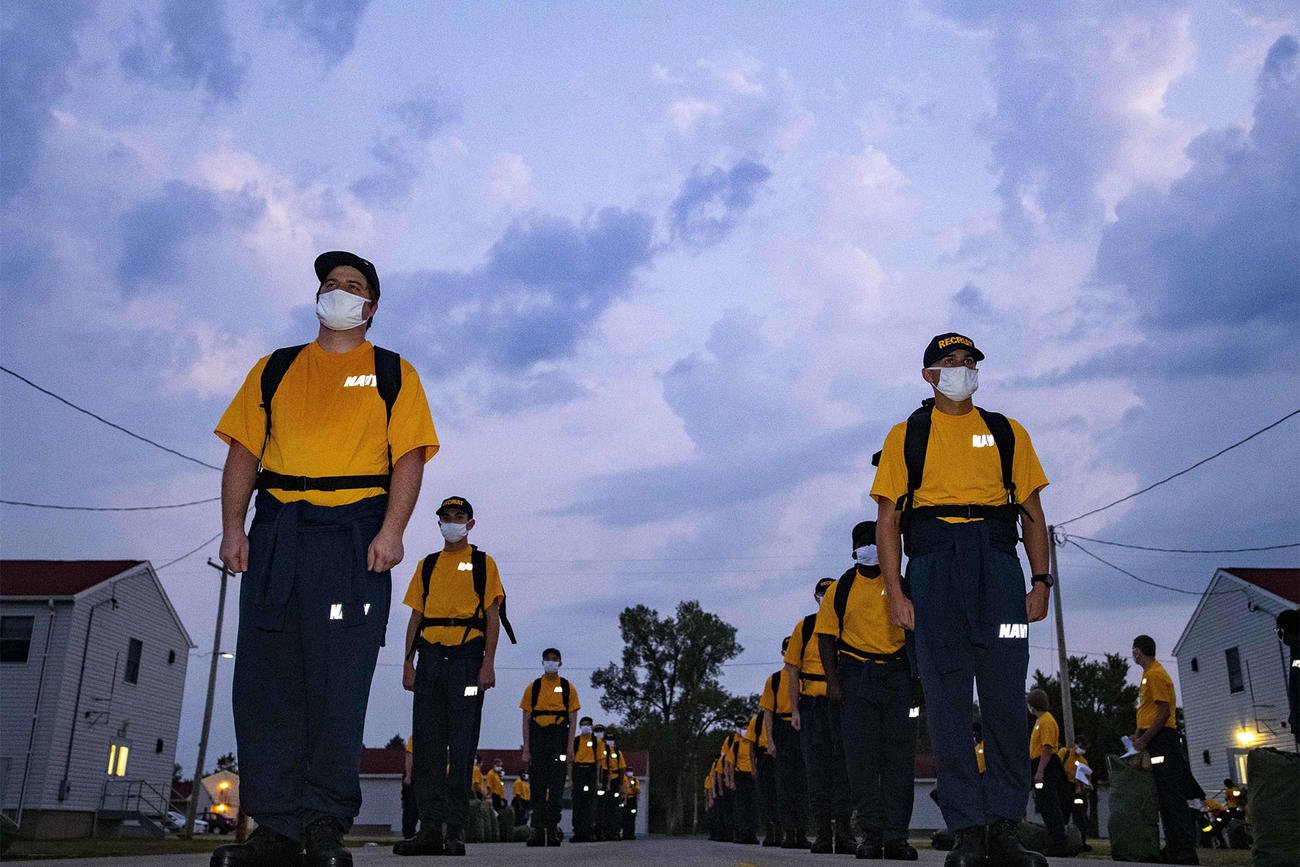 Navy recruits will no longer spend weeks at a Wisconsin Army base hundreds of miles from their boot camp site, the service announced Tuesday.

New Navy recruits arrived directly at Recruit Training Command in Great Lakes, Illinois, on Monday for the first time in eight months. About 23,000 recruits have, since August, first stayed at Fort McCoy in central Wisconsin, where they quarantined ahead of boot camp during the global pandemic.

Now, recruits will stay in ships barracks at Recruit Training Command, or RTC, that are designated just for incoming trainees, said Lt. Kristina Wiedemann, a spokeswoman at the training base. The change will help them adjust to the barracks they’ll spend eight weeks living in during training, she explained, and will allow boot camp staff to have more predictable schedules since trainees won’t be spread between two sites.

Rear. Adm. Jamie Sands III, head of Naval Service Training Command, said in a statement that the change marks an “important first step to normalizing training operations during the pandemic.”

“We could not have successfully trained new recruits during these past eight months without the help and support of Fort McCoy, the Army, the Wisconsin National Guard, and the hard work and flexibility of RTC’s staff,” he added.

Fort McCoy filled a real need in housing new recruits ahead of boot camp during the height of the pandemic, said Lt. Cmdr. Phil Chitty, a Naval Service Training Command spokesman. The Navy still shipped the maximum number of recruits that Great Lakes Training Center could hold in 2020, and leaders had to figure out how to keep them safe during the pandemic.

Now that the military has developed procedures for how best to do that, the service is returning to carrying out the restriction-of-movement period on site. For months, the Navy had to transport recruits between the two bases, about three and a half hours apart; plan their meals; and essentially manage a second barracks location.

Recruits arriving at Great Lakes will remain masked and isolated from other trainees at the base, Wiedemann said. The Navy will continue taking steps to limit the spread of COVID-19 at boot camp.

Bunks will be at least 6 feet apart from others, as they were at Fort McCoy, with between four to six recruits assigned to each “pod.” Those recruits will be limited to having close interaction only with each other, so if one tests positive, only a few were likely exposed. Recruits will also have scheduled hygiene periods, and facilities will be cleaned in between to help limit potential for cross contamination between groups, Wiedemann said.

Once the quarantine period is over, recruits begin the regular boot camp regimen.

“This is an important first step toward getting back … to a norm,” he said.

Related: Fewer Military Recruits Dropped Out of Boot Camp in 2020. Here’s Why