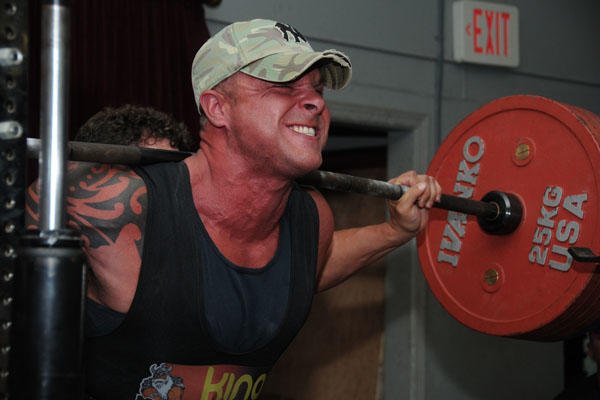 Block Periodization is a technique you need to know, whether you are training to master the new tactical fitness tests like the Army Combat Fitness Test or need to prepare for a challenging special ops pipeline where you need proficiency in multiple elements of fitness.

From an academic study on periodization: Block Periodization “involves highly concentrated, specialized workloads. Each step in the training cycle has a large volume of exercises focused on specific, targeted training abilities to ensure maximum adaptation.”

These blocks usually address specific needs of the athlete for a short cycle of 2-4 weeks and are followed by either a deload week or a change to the cycle for a short period.

Over the past six months, we did our own test of this concept. Our athletes were active-duty military members and delayed entry program participants who were training specifically for either the Army CFT and Special Forces pipeline or the Navy Special Warfare Physical Screening Test and BUD/S.

Usually, during the winter lift cycles, we give the athletes a break from high-repetition calisthenics and higher volume of running miles to focus specifically on strength, power, speed and agility, along with non-impact cardio endurance (swimming with fins, treading, other pool skills).

We still run and do calisthenics but with less total volume, using them mainly as a warmup and cooldown before and after the lifts. This was a 12-week cycle that typically needed a few easier deloading weeks, because when you’re doing heavy lifts, the recovery needs are greater.

Most of our participants put on 10 pounds or more of mass (if they needed it). This often was followed by a short phase to rebuild calisthenics volume for high-repetition PT tests and timed run events.

Lessons Learned: Four weeks of strength training was tough on the body, especially after spending the previous six months focused on more calisthenics and running/swimming volume for stamina and endurance. The two weeks following the four weeks of strength was refreshing for the first week, but we felt ready to lift again even after just one week off from strength training. In my opinion, two weeks was too much time between strength blocks, but many still saw gains in the second cycle. PST scores still remained high, and some were even faster as the break from a higher volume of running and calisthenics was good for them.

3:1 Block Explained: After consulting with a few other strength and conditioning coaches, we determined that one week of calisthenics during the winter months was enough for the block between stretches of strength training. We also shortened the strength cycle by one week and that seemed to be the perfect balance, even when accounting for the varying athletic experiences in the group.

Lessons Learned: Three weeks of strength followed by one week of deload or calisthenics and cardio focus worked well for all athletes. Some of the endurance athletes opted to do more of a classic deload week as their goal was to add more mass because their run and calisthenic scores were already above average. The others did the classic PST week with faster runs and swims and set many personal records, but increased strength was also apparent with the classic lifts of squats, deadlift and bench press as well as weighted pull-ups.

Who Needs This? If you are preparing for the new Army Combat Fitness Test and have historically only done calisthenics and cardio (for the old APFT), you need to try this method of training. Or if you are preparing for special ops training pipelines where all the elements of fitness (strength, power, speed, agility, endurance, muscle stamina, flexibility, mobility, grip) need to be highly developed, try 3-4 months of block periodization and maintain your strengths while building up your weaknesses.