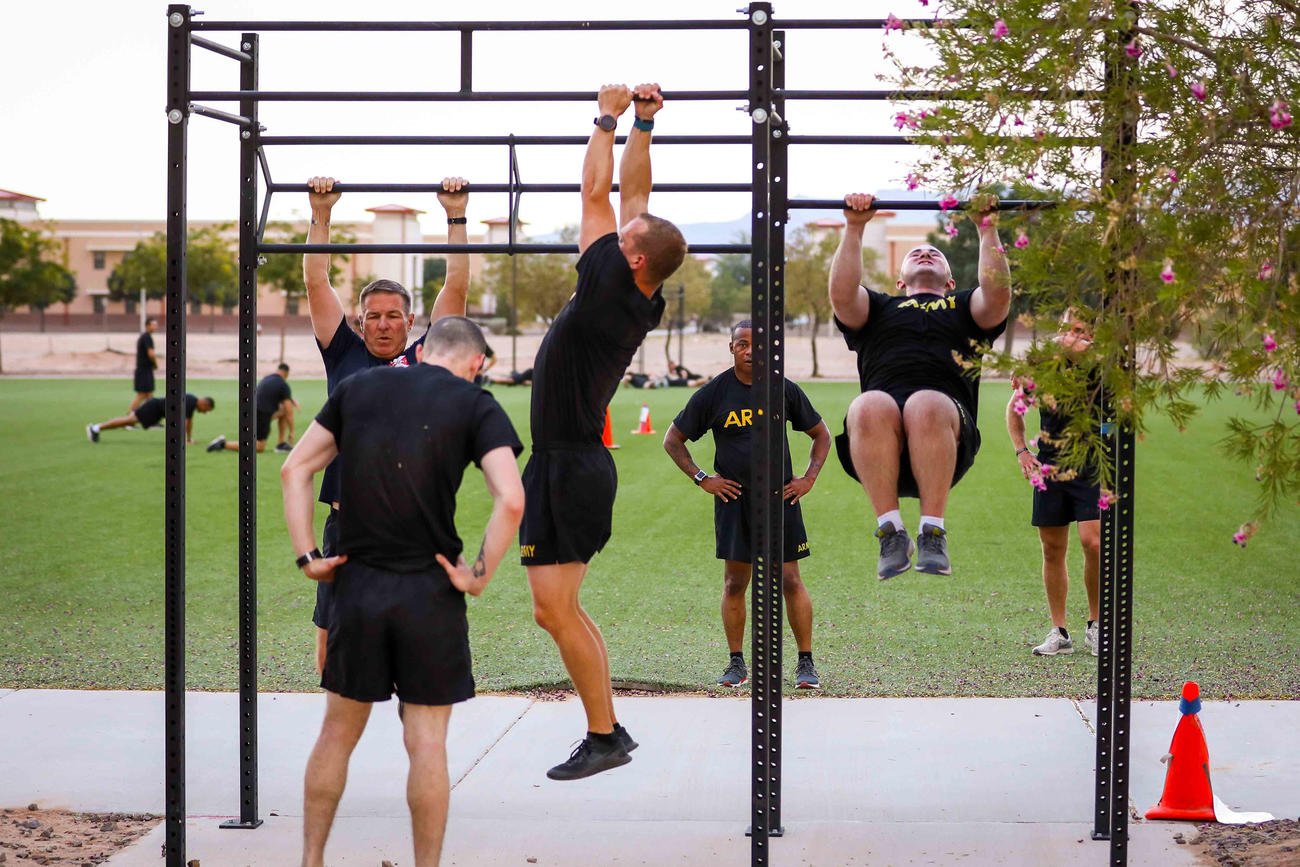 As the theory of tactical fitness gains support in the military community, fitness training and testing have been evolving. Many of the classic military PT tests only tested muscle stamina and cardio endurance with the standards of push-ups, sit-ups, pull-ups and a timed run. Those exercises are now being replaced with different ones and even some job-related movements.

In an informal poll, I have received feedback from more than a hundred recruits, active duty and veterans alike, who gave their opinion on favorite tests that they have prepared to take, have taken or wished they could take. The responses were more varied than expected, but obviously most people like the tests and events they were good at doing. Many also enjoyed the new challenges of more in-depth and tactical physical fitness testing.

People from all groups enjoyed the quick and easily accomplished standard fitness tests of old. All branches had or still have some form of testing that includes push-ups, sit-ups or crunches, pull-ups and the timed run. The intensity of these tests varied with each of the service branches, with the Marines having the tougher option of pull-ups, crunches and a 3-mile run.

Over 60% of those surveyed enjoyed the ease with which these tests are started and completed in a 45-minute time period. Twenty-five percent of this same group enjoyed being able to max this type of fitness test without much specific training outside of normal training hours.

Compared to the preparation and time necessary to test a large group of soldiers or Marines completely with multiple pieces of equipment, weights and other gear, these classic tests won hands down. Most people commented that testing does not demonstrate how good a soldier might be, so don’t spend extra time testing and use that time to develop other job skills.

The Hatred for the Sit-Up and Its Replacement

Over 80% were happy to remove sit-ups and crunches from the list of exercises. The Navy does its crunches with a plank pose. The USMC gives the plank of five minutes to max as an alternative for a two-minute crunches test, so Marines can choose either option (same for push-ups in place of pull-ups).

Most also did not favor the maximum time scoring of the plank pose, and soldiers especially did not like the leg tuck of the new Army Combat Fitness Test. A two-minute plank pose for minimum points (4-4.5 minutes to max the test) is a tough replacement for a two-minute crunch test, and the leg tuck is nearly impossible for soldiers who cannot do pull-ups.

Maybe sit-ups and crunches were not that bad. We all need to treat the core as a system that incorporates the hips, back and spine, all the way up to the shoulder girdle and neck. We need to work it thoroughly with multiple exercises, lifts and movements. After you have prepared this way, it will not matter what the test is. You will be strong enough to pass it and do your job with typical load-bearing and equipment-carrying tasks.

The spec ops crowd enjoyed its initial entry-testing protocol both as recruits and operators. In fact, I still use the Navy SEAL PST as an assessment of my performance even 30 years after I started BUD/S in 1991. The classic swim, push-ups, sit-ups, pull-ups and 1.5-mile run have been etched in our training history for years.

The logistics of swimming, finding a pull-up bar and a good place to run a measured 1.5 miles is often a challenge. Though this test has not changed in more than 40 years in the Navy Special Warfare world, there’s a new Air Force Special Warfare program that prepares airmen to become pararescue, combat controllers, special reconnaissance and TAC/P. The new test has created a more physically and logistically sound version by simply rearranging the order of the exercises and events.

By arranging the test in this fashion, the Air Force can test multiple groups together. SERE and EOD recruits do not require the swim as part of their test, and physiologically, this order makes sense. Many like to get the PT done first instead of after the swim, an order that can reduce normal personal bests on the calisthenics scores.

Running after the PT session is nothing new as all branches use the PT first/run last rule. However, by swimming last, you can use part of the transition time to cool down, refuel, catch a second wind and crush the swim. In the Navy version of the same exercises, you must make the wet transition from the pool to the rest of the test.

However, don’t forget that learning how to do everything while wet in the Navy SEAL, SWCC, Diver and EOD programs will be a job requirement during training and selection.

Even many of the Special Ops members who participated in the survey did not fully appreciate the Tactical Athlete Program that added weightlifting events like the deadlift, weighted pull-ups and bench presses as part of the test. Many ground-fighting units have added to or completely changed the way they like to prepare for fitness tests by creating new functionally sound combat fitness tests.

If you were an athlete before your service and someone who enjoyed lifting weights for strength and power and did sprints and agility training for most of your cardio, you were likely to prefer the new developments in tactical fitness over the classic version of calisthenics and longer-distance running.

About 40% of special ops, soldiers and Marines enjoyed the new tactical and combat fitness tests, though most saw these events as a weakness that they needed to address more during their career.

In the end, time and logistical efficiency in testing won. Most military members enjoyed the ease of implementation of the classic calisthenics and running (and swimming) fitness tests. But a majority also saw the need to develop additional elements of fitness that need to be tested.

Strength, power, speed, agility, flexibility and mobility are skills not measured by the standard test that only assesses muscle stamina (strength-endurance) and cardiovascular endurance.

Find a way to measure all the elements of fitness with less time, and equipment and we may have a solution.

I’d like to suggest that a potential solution would be to take the new tactical fitness tests and spread them out over a multi-day period, consuming only 45-60 minutes of testing each day.

Sure, all of the above tests still take time, but a normal schedule usually includes daily one-hour workouts. The need for more equipment always will be a factor with this added tactical fitness testing option.