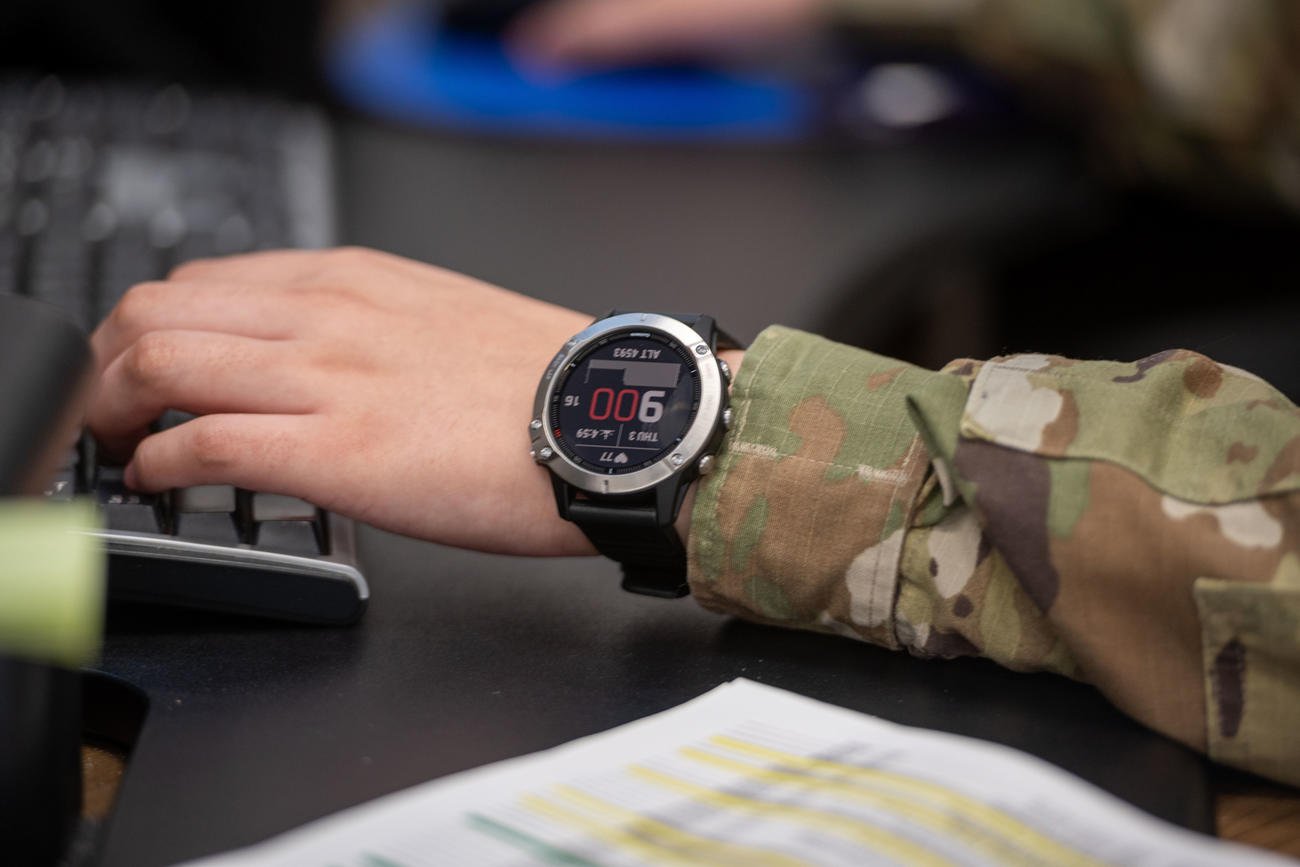 Researchers are finding that the flood of wearable biofeedback devices into the commercial market will help military personnel better understand the link between stress management and top performance.

The U.S. Army is conducting several studies designed to use wearable devices — special watches and rings that track heart rate, body temperature and other physiological data — to evaluate how soldiers respond to stress and physical exertion.

Experts from Booz Allen Hamilton, a firm that offers consulting, analysis and engineering services to public and private sector organizations, said today that these devices also can be used for cognitive training to help soldiers learn how to cope with stress more effectively, increasing their physical performance.

“We know that performance originates in the brain; by knowing that, we, as performers, can either set ourselves up for success or failure simply based on these conscious thoughts,” Lindsey Blaine, cognitive performance coach at Booz Allen Hamilton, said during a webinar focusing on the cognitive training and the mind and body connection.

When faced with an obstacle, either mental or physical, troops can either view it as a threat, “something that is outside of our skill set;” or a challenge, “something that we believe we can accomplish,” Blaine said.

“The biggest thing to understand is, these conscious thoughts affect our emotions and our physical state and usually impact our physical performance,” she said.

Arielle Davis, another cognitive performance coach at Booz Allen, said she has seen the benefit of wearable biofeedback sensors when working with future first responders.

Davis recounted how she received an alarm on her phone recently, indicating that the heart rate of one of her first-responder candidates was elevated.

“She was going through a physical objective that is exhausting, but she wasn’t close to being physically exhausted. She was tired, but not that tired,” Davis said.

Davis could watch the readings from the device show that the woman’s heart rate would increase each time she expressed self-doubt.

“She lost focus and her attention was all over the place; emotionally, she was giving up,” Davis said, who got her to stop and focus on her breathing.

Then, Davis said, they had a conversation about her counterproductive thoughts and helped her refocus on the task at hand.

“She was physically tired — and those wearables show us that — but we can talk ourselves out of good performance,” she said.

To Jannell MacAulay, a retired Air Force lieutenant colonel and expert in human performance training, self-awareness is the key to coping in high-stress situations.

“There is some stress that is actually good for us. And so when we get that … anxiousness, our performance will actually go up,” she said.

But when the heart starts racing or the palms get sweaty, “we tell ourselves a story that might be tied to something like, ‘this moment is too big for me,’ when, in fact that is just your body telling you that you are about to do something that is meaningful,” she said.

About 1,000 soldiers from the 25th Infantry Division in Alaska are wearing Whoop biofeedback devices as part of a study to measure the mental health of troops operating in extreme cold environments.

Another 530 members of 10th Mountain Division at Fort Drum, New York, are participating in a yearlong human performance study that has them wearing similar devices to track not just physical exertion but also how their heart rate responds to stress.

The Army is hoping that some of the data taken from these biofeedback devices will help the service design more effective training scenarios as part of its synthetic training environment, an effort to create realistic training simulations using gaming technology, said Michael Baum, branch chief of the Army’s Combat Capabilities Development Command Aviation and Missile Center.

“If they are too stressed, they are not going to be able to absorb what we are trying to teach them,” Baum said. “If it’s not challenging enough, they might see it as a game or a toy or something that really doesn’t benefit them, so we really want to optimize the complexity and challenge.”

Related: Paratroopers in Alaska Are Wearing Wrist Sensors to Track Their Stress Levels