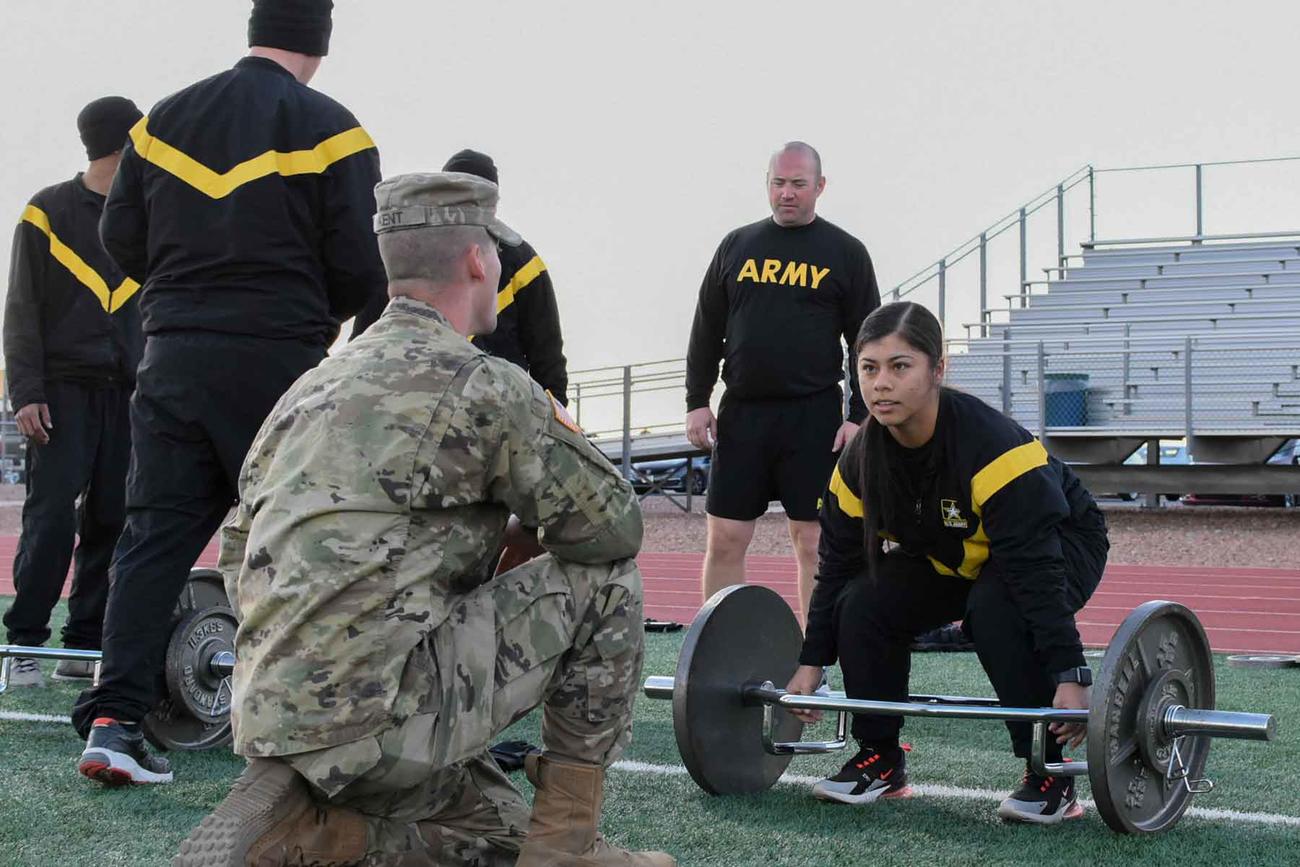 U.S. Army officials are defending their decision to create gender-specific evaluation categories for the new Army Combat Fitness Test, stressing that the male and female soldiers still have to meet the same standard to remain in the Army.

On Monday, the service rolled out the ACFT 3.0, which will be mandatory for soldiers beginning April 14, although scores will not count against them until April 1, 2022. A minimum passing score is 60 points on each of the six events, or 360 total points, Sergeant Major of the Army Michael Grinston said.

“Combat is age and gender-neutral, and now we have [one] standard to be a soldier,” he said.

ACFT 3.0 has made the plank event a permanent alternative event to the leg tuck, which has been the “number one failed event for both men and women” across all three components, said Maj. Gen. Lonnie Hibbard, commander of the Army’s Center for Initial Military Training, said.

The decision to make the plank permanent mirrors a similar approach adopted by the Marine Corps, Hibbard said.

Here are the minimum standards all soldiers will have to meet as of April 1, 2022:

The ACFT 3.0 will also include specific evaluation categories for men and women, to be used in gender-blind promotion boards.

The change to the assessment comes after Army leaders announced in January that the service would conduct an independent review of the ACFT as directed by the fiscal 2021 National Defense Authorization Act. Congress called for the review after lawmakers and advocacy groups began to question the fairness of the ACFT for specific groups.

That independent review is set to be complete by the end of the year.

While not completely finalized, the scores for the ACFT 3.0 will likely fall under “five performance categories: Platinum, Gold, Silver, Bronze and Green. Platinum, the top category, includes those in the top 1% of their gender; Gold includes the top 10%; Silver, the top 25%; Bronze the top 50%; and Green, those who make the minimum standard.

“It achieves two objectives: it fosters or recognizes above average physical performance inherent to the Army culture, and … it accounts for the recognized physiological differences between men and women,” Hibbard said.

In early testing, women have scored an average of 100 points lower than men.

Army officials said they believe that the divide will eventually narrow between men’s and women’s ACFT scores.

“We still believe that over time, even with this, is that scores will start to come closer and closer together, meaning there may not be a big difference between men and women over time,” Grinston said.

“So, we adjust that norm every year, and we publish what the standard will be for Platinum through Green … so everyone knows what their target is,” Hibbard said.