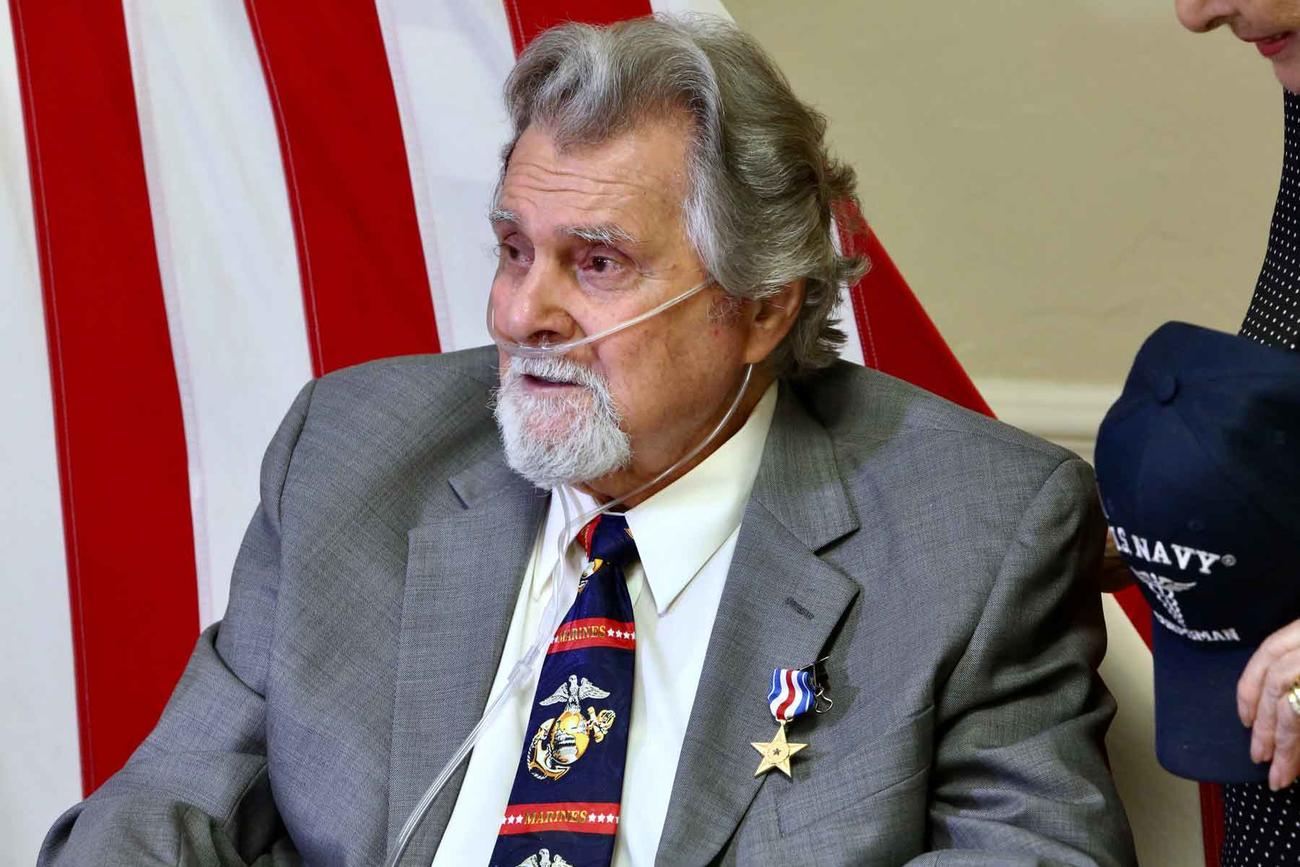 Seventy years ago, Cpl. Salvatore Naimo and other Marines were taking heavy enemy fire in a round basin known as the “Punchbowl” near what’s now the Korean Demilitarized Zone.

Naimo, a rifleman with 3rd Battalion, 5th Marines, heard shouts for help on Sept. 14, 1951, as the Chinese army hit the leathernecks’ position with a barrage of mortar fire. Two Marines in the fighting hole next to Naimo’s were hit.

The corporal left his position to reach his wounded comrades. As he began carrying the first Marine to safety, another mortar hit.

“I thought I was going to hurt him more, but I was wounded myself,” Naimo recalled this week.

He pressed on, going back to retrieve the second injured Marine after having his own wounds treated. On Wednesday, Naimo was finally recognized for those actions when he was awarded the Silver Star, the nation’s third-highest combat valor medal, during a ceremony in Sarasota, Florida.

The Marine was also celebrating his 89th birthday.

“It doesn’t matter if the Marine’s actions took place yesterday, or 70 years ago, we will always ensure our Marines are recognized for their performance,” Col. John Polidoro, Marine Corps Forces Central Command’s chief of staff, who presented the Silver Star, said in a service news release.

The award was the result of a yearslong push to have Naimo’s heroism during the Korean War recognized. Naimo’s platoon commander told him he planned to put the corporal up for a medal, but was killed in action two days later, according to the Marine Corps.

Naimo’s company commander, Col. Bruce Meyers, later recommended he receive the Navy Cross, according to ABC7 in Florida, which detailed the fight to have the Marine’s heroism recognized decades later.

Naimo, wiping away tears when addressing reporters after the award ceremony, said he was sorry that Meyers, who died of cancer, wasn’t there to witness him receiving the Silver Star.

The Marine Corps didn’t say why Naimo received the Silver Star instead of the Navy Cross. Polidoro told ABC7 that it was tough to track down eyewitness reports of Naimo’s actions since so much time had passed.

After Polidoro pinned the medal on his chest, Naimo told the station that he was proud to be wearing it.

“I’m only sorry that I don’t know what happened to the two men that I saved out of the bunker,” he added.

Related: Medal of Honor Sought for US Korean War Pilot