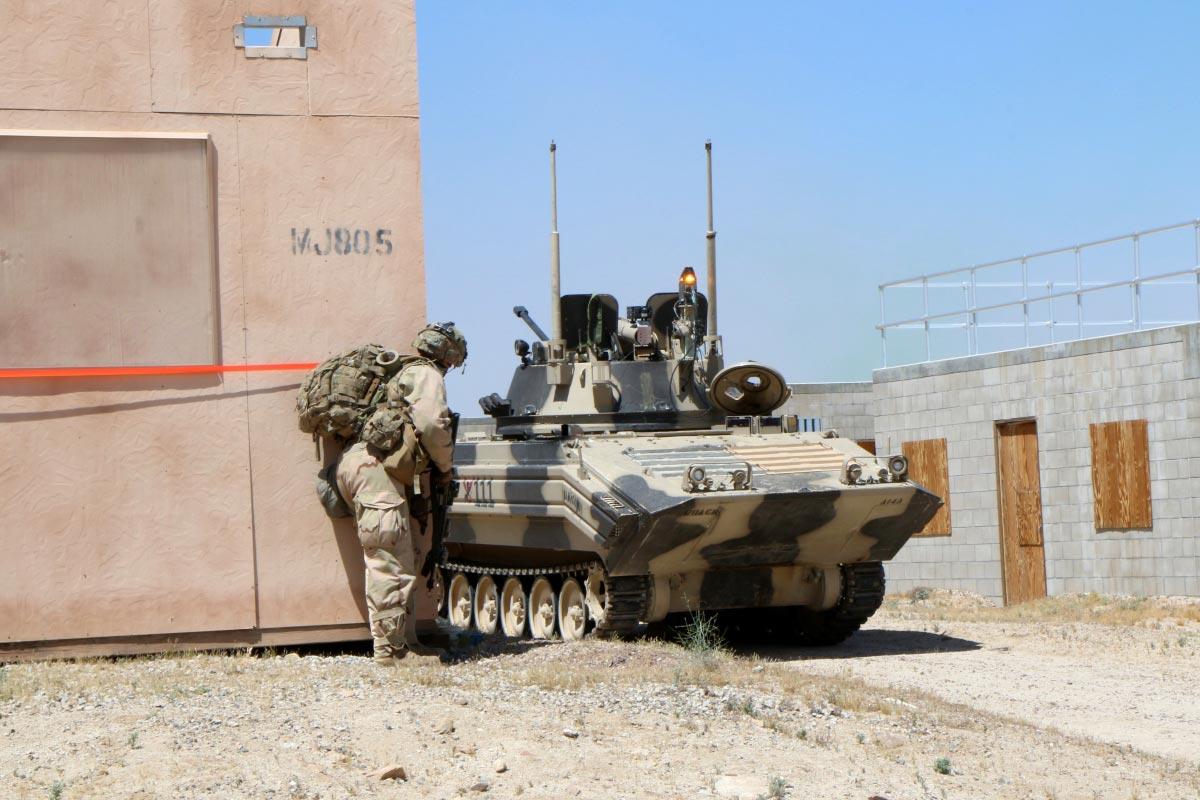 Army training officials said Wednesday that the service is working to equip Opposing Force, or OPFOR, units at the National Training Center in Fort Irwin, California, with a new, modern combat vehicle that replicates Russian or Chinese battle wagons.

Currently, the 11th Armored Cavalry Regiment at the National Training Center, or NTC, uses OPFOR Surrogate Vehicles, or OSVs, constructed out of M113 chassis and equipped with Bradley turrets. They are designed to replicate Russian Army BMP 3 fighting vehicles and T90 tanks and face Army brigade combat teams, which rotate through the combat training center.

NTC officials said they have been slowly updating the outdated vehicles with modern technology to make them a more realistic foe for Army combat units.

“Over the last year or so, we have been outfitting them with night-vision devices, thermals — something that truly makes them a near-peer threat, the type of threat that we would anticipate fighting in the future, that we really want [Army units] to train against,” Col. Michael Simmering, commander of NTC’s operations group, told an audience at the Association of the United States Army’s Global Force Next symposium.

But as a permanent fix, the Army is working on fielding a new OPFOR vehicle to replace the current fleet of “atrophied” vehicles at NTC, said Col. Charles Lombardo, deputy commander of the U.S. Army Combined Arms Center-Training.

“We are at that point where it’s a safety issue; we need a better vehicle,” he said.

The effort is working its way through the Army Requirements Oversight council process and will likely consist of tracked and wheeled versions, Lombardo said.

“It will replicate a near-peer competitor whether it’s Russia or China … so it’s a very realistic OPFOR maneuver variant vehicle,” he said. “I know they are working through some type of prototyping … of the new ones over the next two years.”

The new OPFOR variant vehicle will likely be based on an existing Army combat vehicle platform, so it will be easy to maintain and “help our soldiers training and serving in those formations maintain those common skills that can carry back over … into the operational Army,” Lombardo said.

Related: NTC in Pictures: A Look at an Army Brigade’s Decisive Action Rotation