Navy Bows Out of War Artifacts Dispute Between Minneapolis, Minnetonka 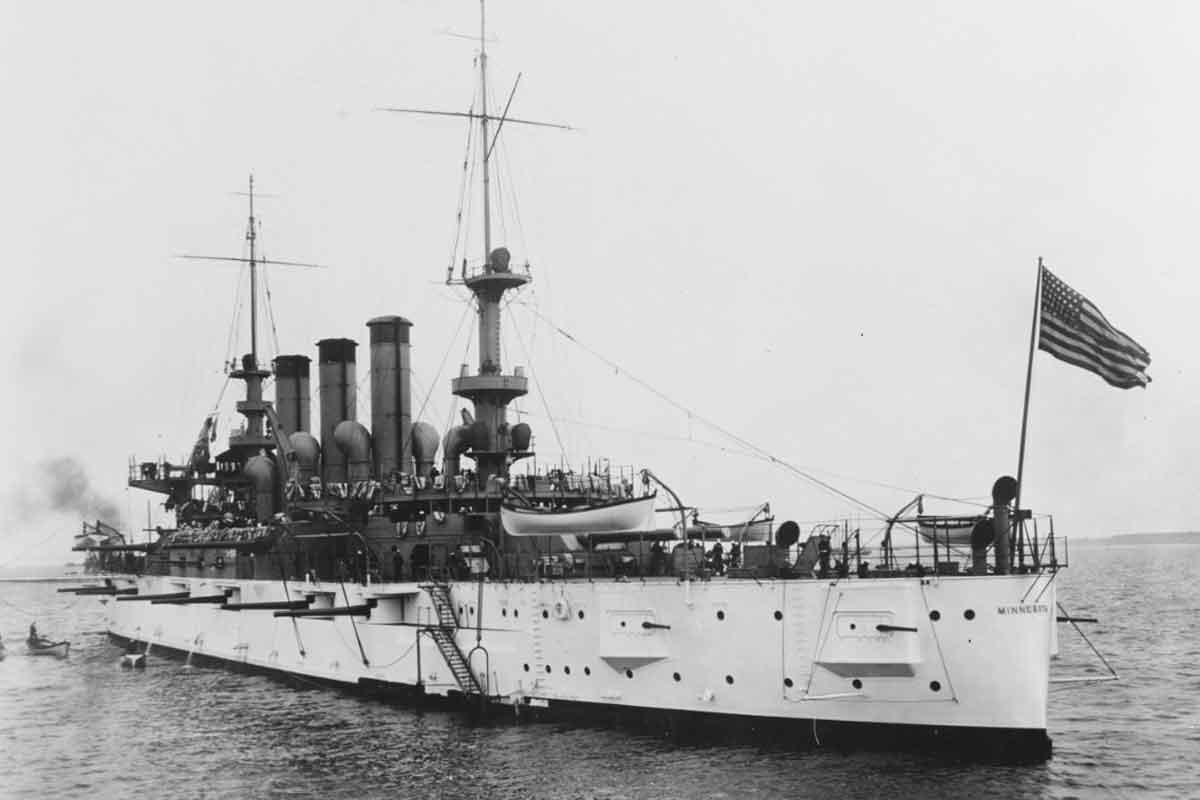 A past commander of the American Legion Minneapolis Post blames a couple of rogue members for making off with a ship’s bell and wheel that ended up in Minnetonka High School, while the schools superintendent say they’ll only take orders from the U.S. Navy to give them back.

Meanwhile, the Navy wants nothing do with the custody dispute between Minneapolis and Minnetonka over the military artifacts.

Last week, the Star Tribune reported about the wheel and bell that had gone missing from Navy Rock — a sailor memorial at Bde Maka Ska. A now defunct American Legion post obtained the items from the Navy nearly 100 years ago and conferred them upon the Minneapolis Park and Recreation Board for a public memorial. At some point, the wheel and bell disappeared and resurfaced at Minnetonka High School.

The Park Board says the artifacts were stolen. Minnetonka Public Schools says the American Legion Minneapolis Post 1 entrusted them with the items.

Joyce Rose, past commander and historian of Minneapolis Post 1, said a couple Legionnaires took it upon themselves to give the wheel and bell to Minnetonka Public Schools.

“We were given the bell and the wheel for our use, and we were not to give it to anybody unless we went to the Navy first,” Rose said. “And that did not happen because of the fact these gentlemen decided they wanted to get rid of it … and that’s what they did.”

Rose said she wants to create a Minneapolis Post 1 committee to retrieve the bell and wheel from Minnetonka High School. She said she would like to see the items returned to the Park Board, but a compromise would be to return them to the Navy.

“I am furious because this is something that I should have done a long time ago, but I was bucking people that didn’t want it done,” she said.

In an e-mail to parents, Minnetonka Schools Superintendent Dennis Peterson doubled down on the district’s grip on the wheel and bell.

“Minnetonka Schools was asked to be the custodian for a naval ship’s bell and a naval ship’s steering wheel by American Legion Post 1 in Minneapolis,” Peterson said. “The school district happily and gratefully accepted that responsibility. At no time was the district aware upon receiving the items that there was any controversy involved in the whereabouts or custodianship of the items.”

Peterson previously told the Star Tribune that the American Legion had permission from the Park Board to dismantle its war memorial and give parts of it away to Minnetonka Public Schools. He declined to produce documentation.

He said the district asked the Navy to determine rightful custody. “If the district is informed by the Navy that the Minneapolis Park Board should be the custodian of the items, the district will give the items to the Park Board,” Peterson wrote. “Until then, the items will remain in places of honor at the High School.”

In a statement, Naval History and Heritage Command spokesman Lieutenant Commander Paul Newell said the Navy had divested any ownership claim over the items, and declined to choose a custodian.

Newell explained that the bell from the USS Minneapolis is not Navy property because the ship was decommissioned prior to current regulations that specify ship bells should go to his agency.

The situation surrounding the wheel from the USS Minnesota is more complicated. Newell said that the staff of the Curator Branch once believed the Navy owned the wheel, registered it in the Navy’s collection, and allowed American Legion Minneapolis Post 1 to keep it on loan.

When some Legionnaires informed the Navy that they were giving the wheel to Minnetonka High School, the Navy logged the wheel as being on loan to the school for the purpose of tracking its location.

“Upon further review it has been decided that we do not have clear legal title to this wheel, therefore the Curator Branch will de-accession this wheel from the collection as it was accessioned in error, and remove it from the loan with the school,” Newell said.

“According to our records and other related information we could find, the U.S. Navy does not have an ownership or interest in these two artifacts,” he said. “That’s exactly the stuff that we don’t want to get in the middle of.”

Park Board lawyer Brian Rice, whose many uncles were Marines in World War I and whose grandmother was a Gold Star Mother, used to visit Navy Rock with his family. The wheel of the USS Minnesota and bell of the USS Minneapolis weren’t meant to be stored in a high school, hidden from the public, he said.

“Superintendent Peterson is in receipt of stolen goods,” Rice said.

This article is written by Susan Du from Star Tribune and was legally licensed via the Tribune Content Agency through the Industry Dive publisher network. Please direct all licensing questions to legal@industrydive.com.

© Copyright 2021 Star Tribune. All rights reserved. This material may not be published, broadcast, rewritten or redistributed.