How Military Spouses Should React During Bugle Calls 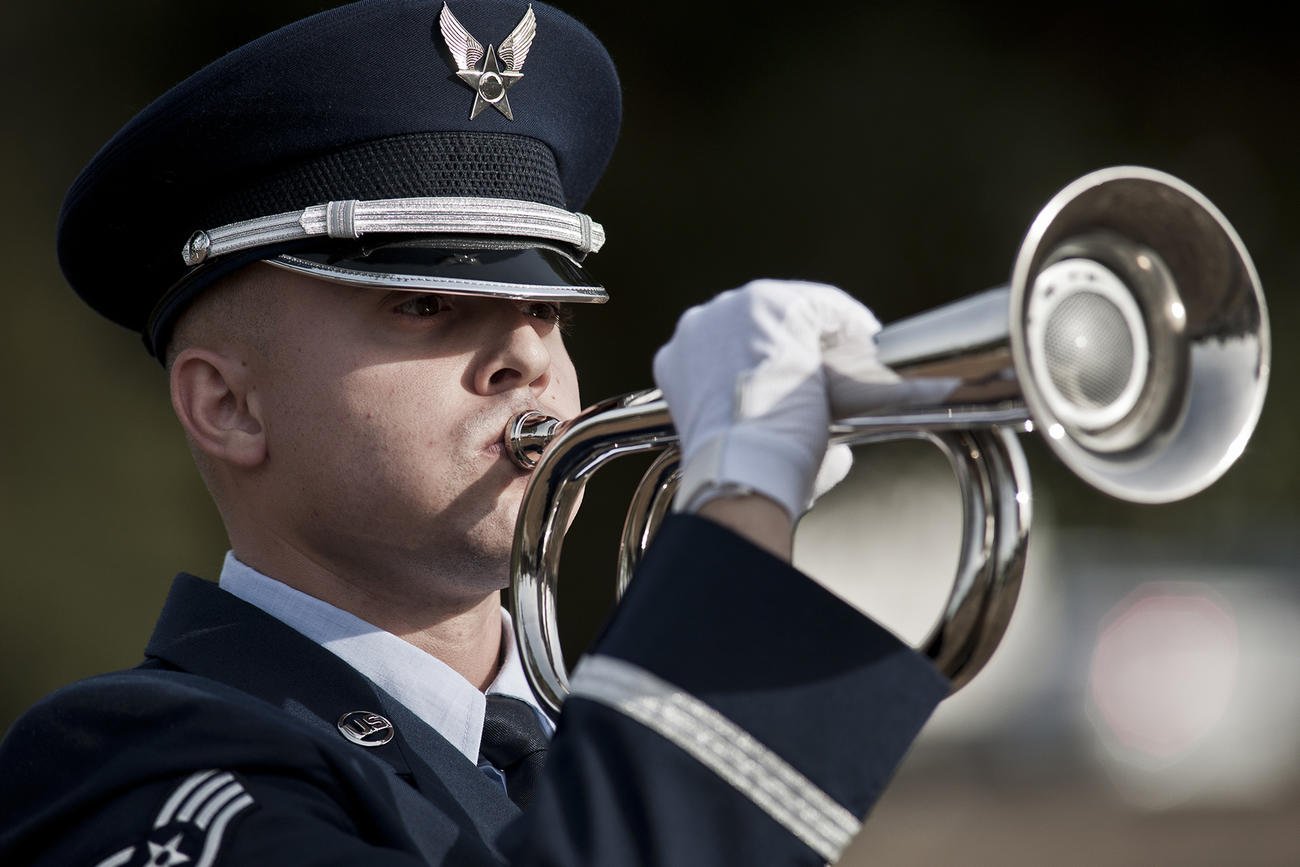 You’re walking to your car on base when, out of nowhere, music starts blaring. You see service members stop and turn to “face the music.” You panic, unsure of what to do, while also silently yelling at your spouse because here is yet another thing he or she didn’t tell you about military life.

You glance around, hoping to find another spouse that you can ask or copy. Oh, there’s one. He’s wrangling his toddler into a car seat and doesn’t notice what’s going on. Maybe you ignore it? There’s another one; she is standing silently. You decide it’s better not to move.

What were you supposed to do?

Bugle calls can be confusing, so let’s try to make this as easy as possible.

What are the military bugle calls?

Back in the day, military life was dictated by bugle calls. They told service members when to wake up, when to work, when to eat, when to stop work and when to go to bed. There were as many as 25 bugle calls a day and nine on Sundays.

What do you do during a bugle call?

Honestly, it depends on which installation and who you are. But according to a 2018 article from Joint Base San Antonio-Lackland, Texas, “Retreat” followed by the anthem or “To the Colors” is played at 5:30 p.m. to signify the end of the workday.

At that point, personnel outside and in uniform are to stop, face the direction of the music and salute during the raising or lowering of the flag. They hold their salute through the entire anthem or “To the Colors.”

However, JBSA did not state specifically what spouses or other civilians should do — because military regulations can’t dictate their behavior. My advice is to pull over if possible, stand still when outside and not stress over what everyone else is doing.

When we lived on base in Maryland, my children stopped playing and faced the direction of the music, and as soon as it was over, they anxiously peered down the street while waiting for their father to come home. The military is full of traditions, and this is one way they can be incorporated into our daily lives while living on base.

In ‘2034,’ an Admiral and a Marine Combat Veteran Imagine the Next World War
Retired Two-Star Opens Up About Mental Health Crisis That Ended His Career