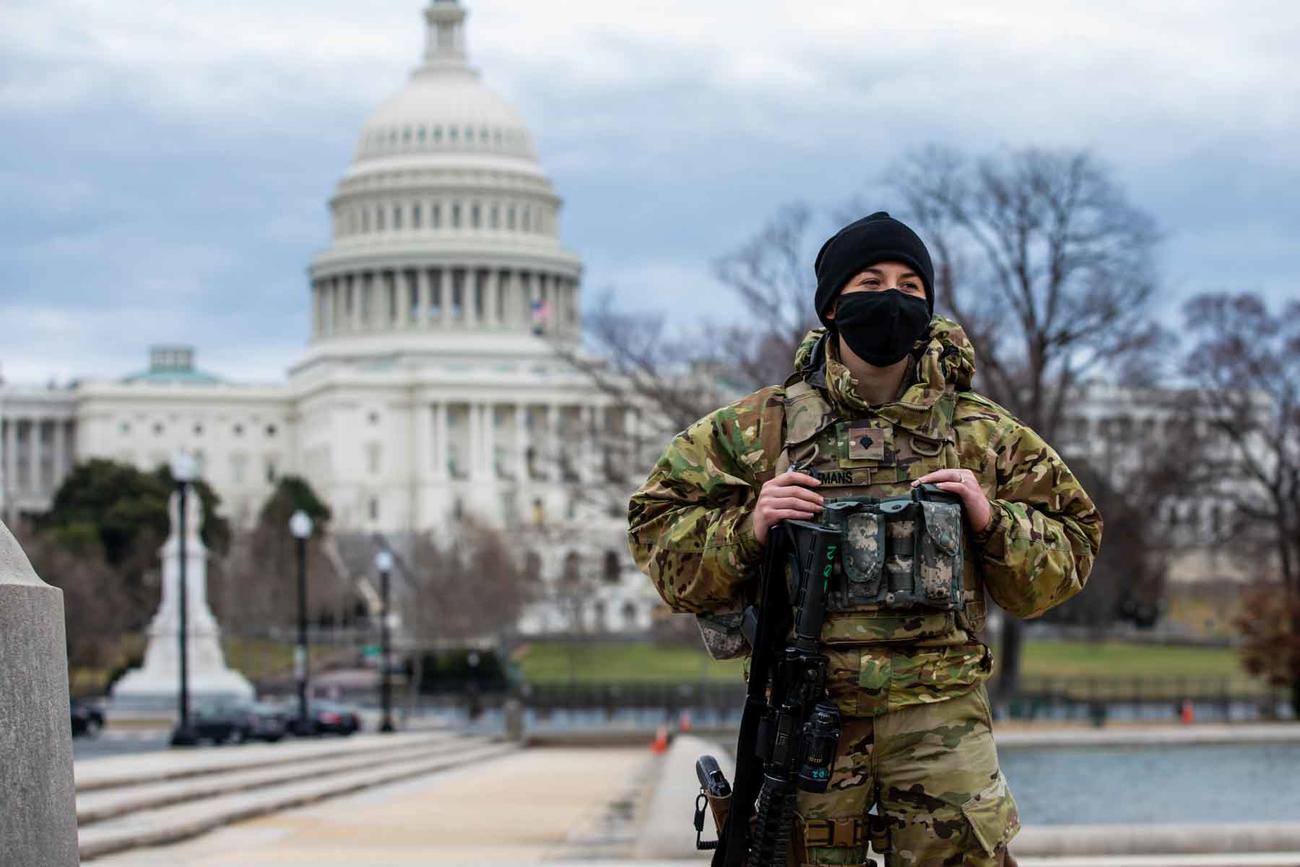 The Pentagon announced Tuesday night that nearly half of the approximately 5,000 Guard troops currently deployed to Washington will remain until at least May 23. They had been scheduled to return home this month.

Kirby told reporters Wednesday that the remaining force will total roughly 2,280 Guardsmen. Over the next two months, he said, the Defense Department will work with the Capitol Police to gradually bring the Guard’s footprint down as conditions allow.

The Guard presence will not be just “free labor” for Capitol Police on the Pentagon’s dime, Kirby said.

He would not detail whether any specific threats led to the extension of the Guard mission, but said the Capitol Police need a hand while they adjust to an environment in which they must provide more robust security for lawmakers.

“They have a legitimate need for some capacity assistance, in a time which is very uncertain right now,” Kirby said. “It’s not just about the threat environment, in a highly polarized, hyper-charged environment that we’re in right now. It is very much about a capacity assistance to the Capitol Police, as they begin to flesh out and develop what they’re going to need, long term, to deal with a new reality on Capitol Hill.”

However, he said, “The Department of Defense has had visibility into the threat environment that has governed the presence of some of the troops in the Capitol complex.”

Kirby could not say whether a further extension after May 23 might be required, or why that specific date was chosen, though he said the Pentagon felt two more months was reasonable.

“Everybody wants to make sure that our lawmakers have a safe and secure environment to work in,” he said. “And we rely on the Capitol Police’s judgment, because that’s their job up there, to tell us what that need is.”

Kirby acknowledged the strain the deployment has placed on the Guardsmen and their families, and said the military will be mindful of that with the next group that rotates in for the next two months.

Military leaders will stay in contact with Guard troops, Kirby said. He highlighted National Guard Bureau Chief Gen. Daniel Hokanson’s habit of eating with Guardsmen several times a week, walking the line with them, listening to their concerns and answering their questions as much as possible.

“They had to leave jobs and homes, and to do it on short notice, and they’re still out there in what has been a pretty wet, nasty, cold winter,” Kirby said. “It’s been a long winter, and we all recognize that.”

What Service Members Should Know Before Going to Military Court
As the Navy Moved to Fire Capt. Crozier, Other Leaders Rallied Around Him