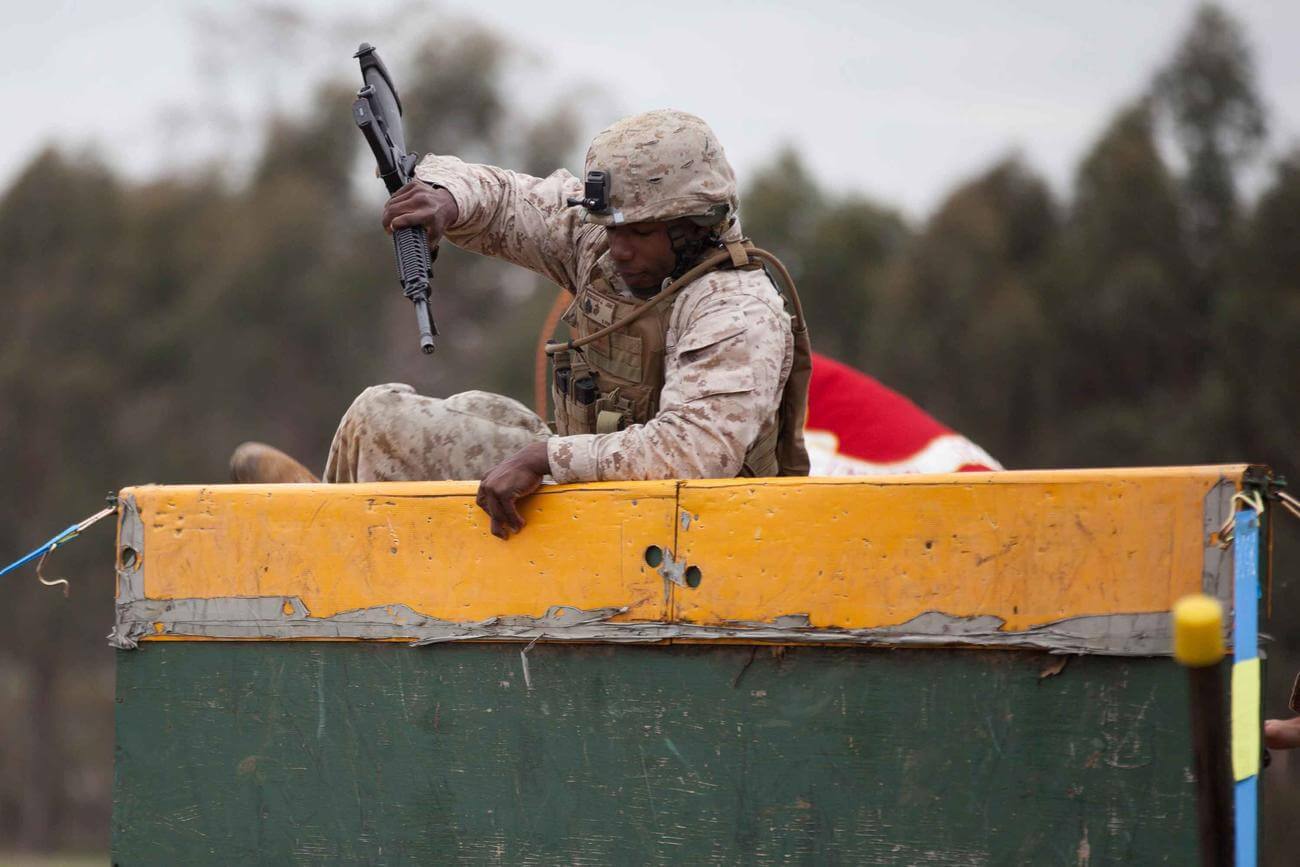 RALEIGH — As a young boy in Haiti, Jacques Duroseau witnessed two coup-d’etats by the time he turned 9, enduring a childhood scarred by poverty, hurricanes and earthquakes.

In 1994, he watched American troops roll through his neighborhood “and take on the criminals, thugs and cartels,” federal court documents said. Seeing them, he found his life’s ambition: Join the Marines.

But on Tuesday, Duroseau learned he will spend more than five years in prison for smuggling guns and military equipment into his native country, much of the weaponry purchased in Jacksonville around Camp Lejuene.

And Duroseau vowed to continue his struggle.

“I see positivity even in the shadow of darkness,” he said, adding later, “I fight for the poor man. The ones that don’t have any voice.”

Boxes and suitcases full of guns

In 2019, Duroseau and an unidentified accomplice came to the airport in New Bern, checking three suitcases and three plastic boxes full of guns and ammunition, declaring them before boarding the plane, according to Duroseau’s indictment.

He was not authorized to leave the United States while still a Marine, nor could he legally export the guns, his indictment said. Former U.S. Attorney Robert Higdon Jr. said last year that Duroseau’s intent was to train the Haitian Army and engage in foreign combat.

“One of his statements was he wanted to be president of Haiti,” said Assistant U.S. Attorney Sebastian Kielmanovich, recalling Duroseau’s December trial. With such significant weapons, he added, “It’s not for self-defense. It’s to kill people.”

Duroseau boarded the flight and traveled through Charlotte and Miami to Haiti, The Miami Herald previously reported. In Haiti, Duroseau was met by someone whose role was to “expeditiously move Mr. Duroseau through the airport and customs process and to help him with his bags as he checked through that process,” Naval investigators said.

In December 2019, Duroseau was returned to North Carolina. A federal judge ordered that he be detained until trial, citing the weight of evidence against him, his “significant ties outside the United States” and the “erratic behavior leading to his arrest,” court filings show. Jurors convicted him on five counts in December.

Duroseau reportedly became agitated when he was asked to fill out a customs declaration form, resulting in an altercation with a Haitian police officer.

“From the reports we received, it appears that he actually slapped a Haitian police officer, which drew the attention of further Haitian officers and that once again led to him being detained and a secondary inspection being conducted,” Naval investigators said.

At his sentencing hearing Tuesday, federal public defender Edward Gray said Duroseau only meant to help his country’s neediest people and had no intention of overthrowing its government.

Gray noted Duroseau’s Marine service, for which he earned multiple honors, and noted that Duroseau earned his citizenship while fighting in Afghanistan. He also suffered a traumatic brain injury there, adding to post-traumatic stress already troubling him since childhood.

Before going to Haiti, Gray said, Duroseau sought a meeting with its ambassador and was instructed to “stay in his lane” by superior officers.

“It was tough for him to just sit there and say, ‘This is something I need to ignore,’ ” Gray said.

Dever declined to sentence Duroseau outside of advisory federal guidelines, giving him 63 months in federal prison but also ordering mental health treatment and job training. But he said the defendant’s sentence should not be reduced because of his military service, mental health issues or desire to right wrongs in his native country.

“There’s a proper way to do that,” Dever said, “and this is not one of those proper ways.”

Before federal marshals escorted him out, Duroseau gave a second statement in a halting voice. He recalled being sent back to the United States, when a correctional officer in Haiti told him, “When they are done with you, you can come back to us. We know why you did what you did.”

This article is written by Josh Shaffer and Hayley Fowler from The News & Observer and was legally licensed via the Tribune Content Agency through the Industry Dive publisher network. Please direct all licensing questions to legal@industrydive.com.

© Copyright 2021 The News & Observer. All rights reserved. This material may not be published, broadcast, rewritten or redistributed.