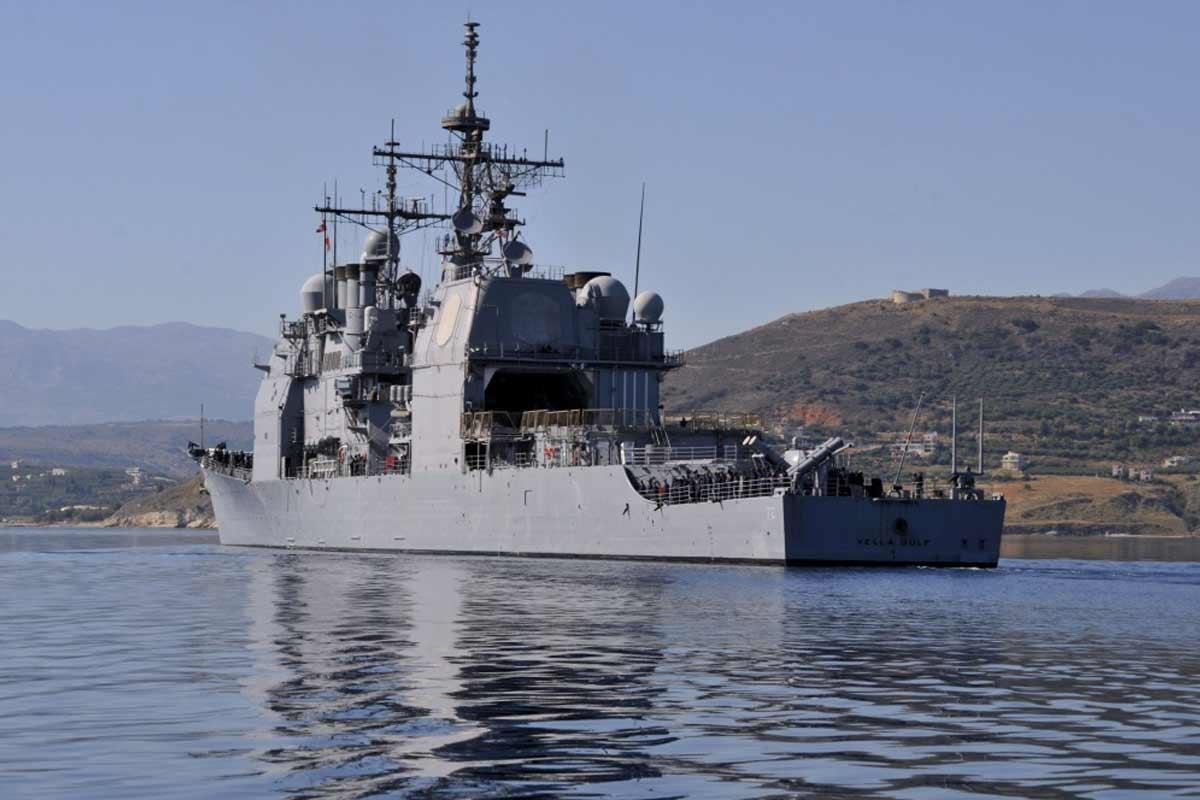 A Navy ship that deployed with the Dwight D. Eisenhower Carrier Strike Group last week was expected back at its homeport Friday morning after the crew reported a problem while the cruiser was operating in heavy seas.

The guided-missile cruiser Vella Gulf has a fuel oil leak in one of its engineering spaces, Lt. Marycate Walsh, a U.S. 2nd Fleet spokeswoman, said Friday. After technical evaluation, it was determined repairs would need to be made in port, she said.

“The ship remains in a safe condition and does not require assistance, personnel or materials at this time as it returns to Norfolk,” Walsh added.

Read Next: 2 Navy Warships in the Middle East Halt Operations over COVID-19 Outbreaks

It’s too early to know the extent of the damage and how long the repairs will take, she said. The cruiser will be examined by engineers.

The rest of the carrier strike group, which left Virginia on Feb. 19, will continue its mission. The cruiser’s maintenance issue presents “no impact to the other ships,” Walsh said. A second Ticonderoga-class guided-missile cruiser, the Monterey, also deployed with the strike group.

“The strike group remains underway in the Atlantic executing its mission and remains capable of continuing its deployment and carrying out [leadership’s] tasking,” she said.

The Vella Gulf returned from a seven-month deployment with the Ike Carrier Strike Group to the Middle East in August. Each of the strike group’s ships sailed more than 60,000 nautical miles during that deployment, Navy officials said at the time.

Some of the ships spent more than 200 consecutive days at sea since crews can’t make normal port calls during the coronavirus pandemic.

The Vella Gulf is the third Navy ship to head to land this week during a scheduled deployment. Officials announced early Friday morning that two other ships — the amphibious transport dock San Diego and cruiser Philippine Sea — are pierside or heading there after members of those crews tested positive for the illness caused by the new coronavirus.