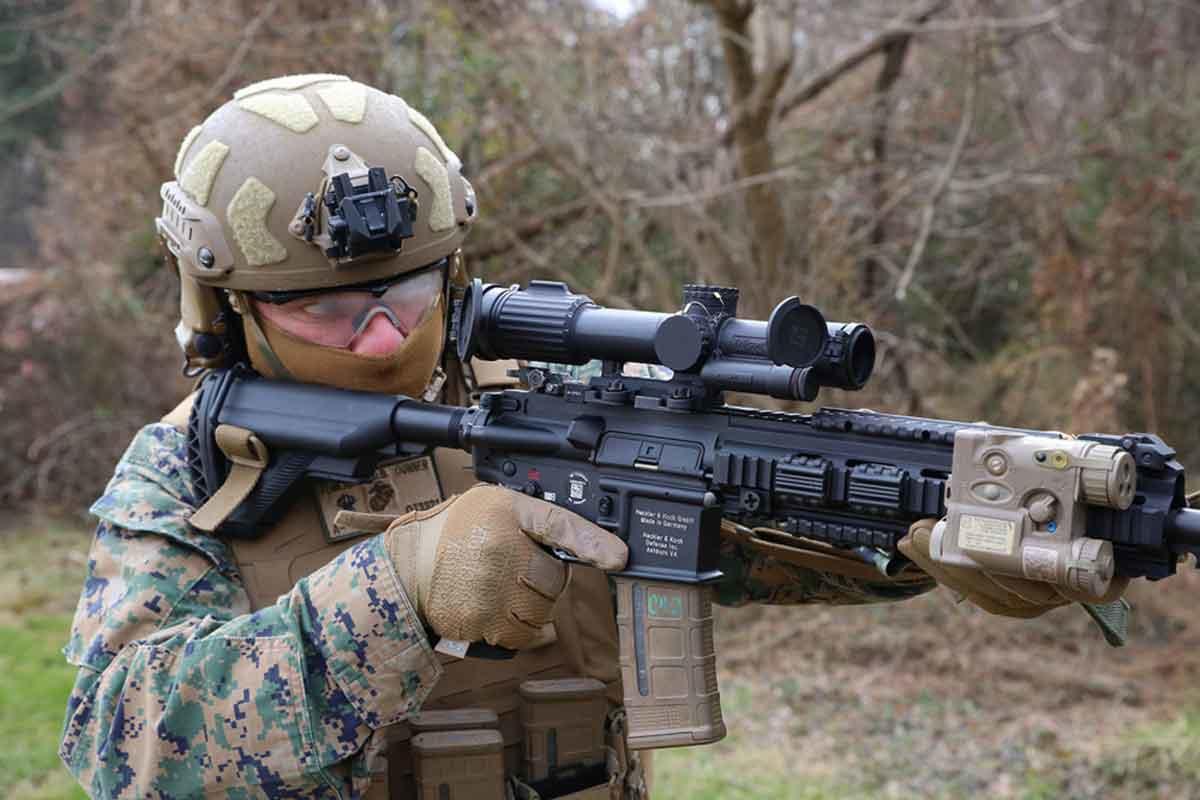 The Marine Corps has started fielding a new rifle optic designed to adjust for close and long-range targets for more precise shooting.

Marine Corps Systems Command’s Program Manager for Infantry Weapons began fielding the Squad Common Optic, or SCO, in January for the M4 and M4A1 carbines and the M27 Infantry Automatic Rifle, according to a Feb. 18 announcement.

The SCO, made by Trijicon, is a magnified day optic that features an optionally illuminated aim-point designed to improve a Marine’s targeting, according to the release.

Marines will be able to use the 1-8X variable-powered SCO to identify targets at both close and long distances, providing twice the visual range of the 4X fixed-power Rifle Combat Optic, which is also made by Trijicon.

Read Next: Army Vet Sentenced Again to 80 Years for Killing Man in Fight Over Which Service Is Better

“Having an optic that can reach out to longer distances will ultimately make the Marine a more lethal first-shot shooter,” Roger Boughton, MCSC’s lead engineer for the SCO program, said in the release. “This means they can use less rounds to overwhelm an enemy.”

The SCO is designed to be “agnostic to the round and weapon system,” Maj. Kyle Padilla, MCSC’s optics team lead and an infantry officer, said in the release, explaining how the new optic can be used when shooting both M855 and M855A1 5.56mm rounds, or possibly future ammunition.

The SCO requires no tools, making it easy to mount and reducing weight Marines have to carry, Boughton said.

“If you want to mount it onto the rail of the weapon, you don’t need a wrench to tighten anything,” said Boughton. “You just need your hands.”

The Marine Corps awarded a contract last February to Trijicon worth up to $64 million, for up to 19,000 SCOs for infantry and reconnaissance units. The Corps anticipates reaching full operational capability with the SCO in fiscal year 2022, according to the release.

The Marines conducted user assessments and a simulated 10,000-round firing exercise during production verification testing of the SCO, the release states.

Marine Corps Systems Command did not immediately respond to a request for more details about the expanded range.

Chief Warrant Officer 4 Gerald Eggers liked the SCO’s variable power magnification and its flexibility for use on different weapons and ammunition.

“Marines with M27s will greatly benefit with this scope,” said Eggers, the infantry weapons officer at The Basic School at Marine Corps Base Quantico, “I certainly believe the SCO fielding is a step in the right direction.”

Navy Will Make All Sailors Reaffirm Oath to the Constitution in Extremism Stand-Down
Preparing for the New Air Force PAST Test: Special Warfare Open Enlistment (SWOE)