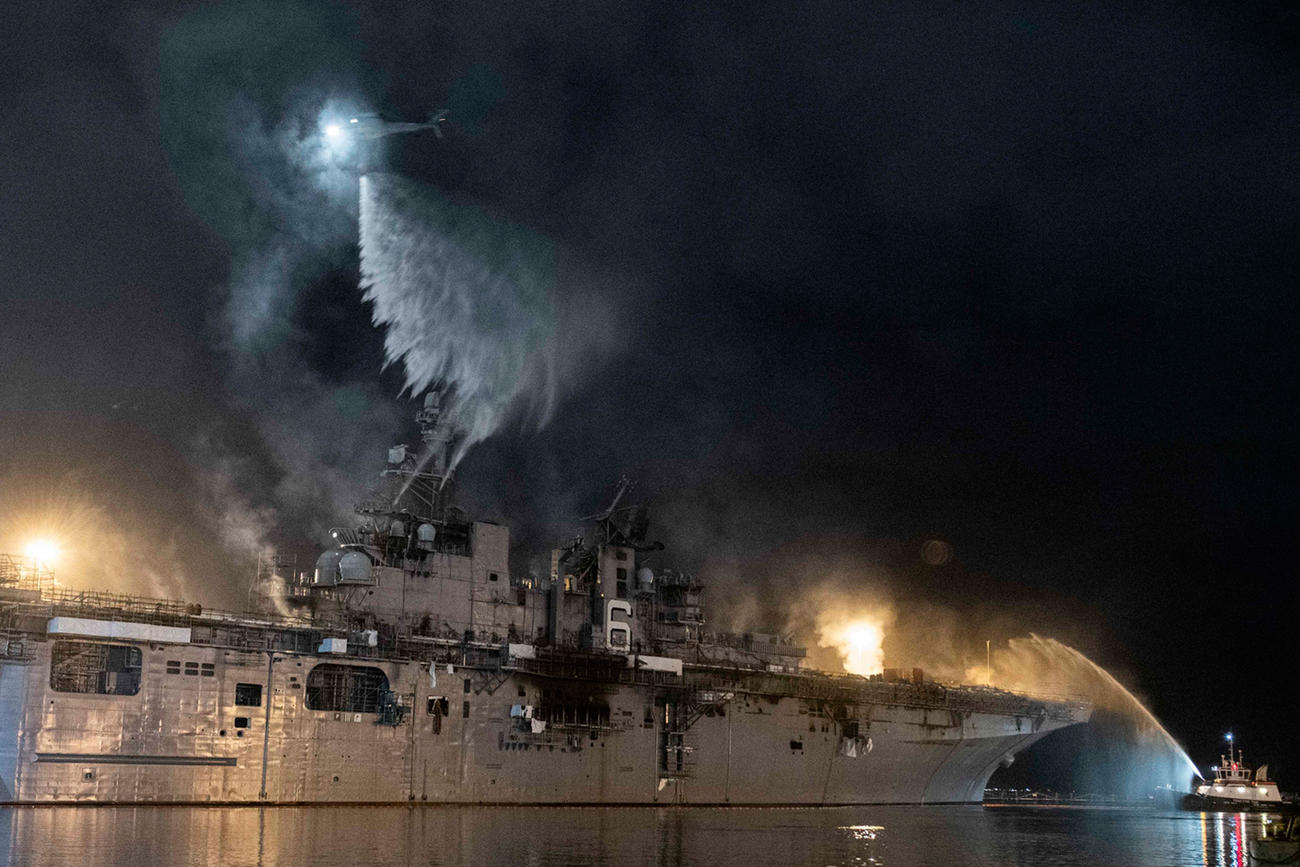 The Navy has announced plans to dismantle, sell or sideline eight ships, including one that was ravaged by a devastating fire last summer.

The amphibious assault ship Bonhomme Richard will be dismantled starting April 15, according to a Navy-wide administrative message issued Friday. The Bonhomme Richard was badly damaged in a July fire that burned for four days.

Leaders announced in November the amphib would be decommissioned after determining it would take at least $2.5 billion and five years to fix the ship.

The Navy is also moving the first two littoral combat ships, the Freedom and Independence, to an “out of commission, in reserve” status, according to Friday’s message. The LCS Independence will move into that status on July 31 and the Freedom on Sept. 30.

Ships in OCIR status are preserved or possible future reactivation, according to Navy policy.

Navy leaders have been planning to get rid of the first four littoral combat ships. Chief of Naval Operations Adm. Mike Gilday said last month that the service must ditch programs that don’t fit into the Navy’s fundamental missions: sea control and the ability to project power forward. That includes the first four experimental LCS hulls, he said.

The unexpected loss of the Bonhomme Richard likely remains more painful though. The Navy was not previously planning to retire that ship — especially as the service is moving to do more with the Marines, who typically deploy on amphibs.

The cause of the fire remains under investigation, though officials said in August a potential arson suspect was identified.

Friday’s message also includes projected dismantling dates that start as early as this month for two coastal patrol ships: the Zephyr and Shamal. The Shamal is set to be scrapped on Feb. 25 and the Zephyr beginning March 2.

Another patrol ship, the Tornado, will be sold to a foreign military partner as soon as next month. The Drive reported on Monday that the Navy plans to get rid of all 12 of its patrol ships by the end of the year, even though the oldest ones are only about six years old.

The Navy is also planning to sell the fleet ocean tug Sioux to a foreign military in September and inactivate the dock landing ship Fort McHenry in April.

Leaders assigned to the ships affected by the changes have been instructed to send a final naval message announcing their vessel’s official retirement date, including a brief history of the significant events in which it was involved.