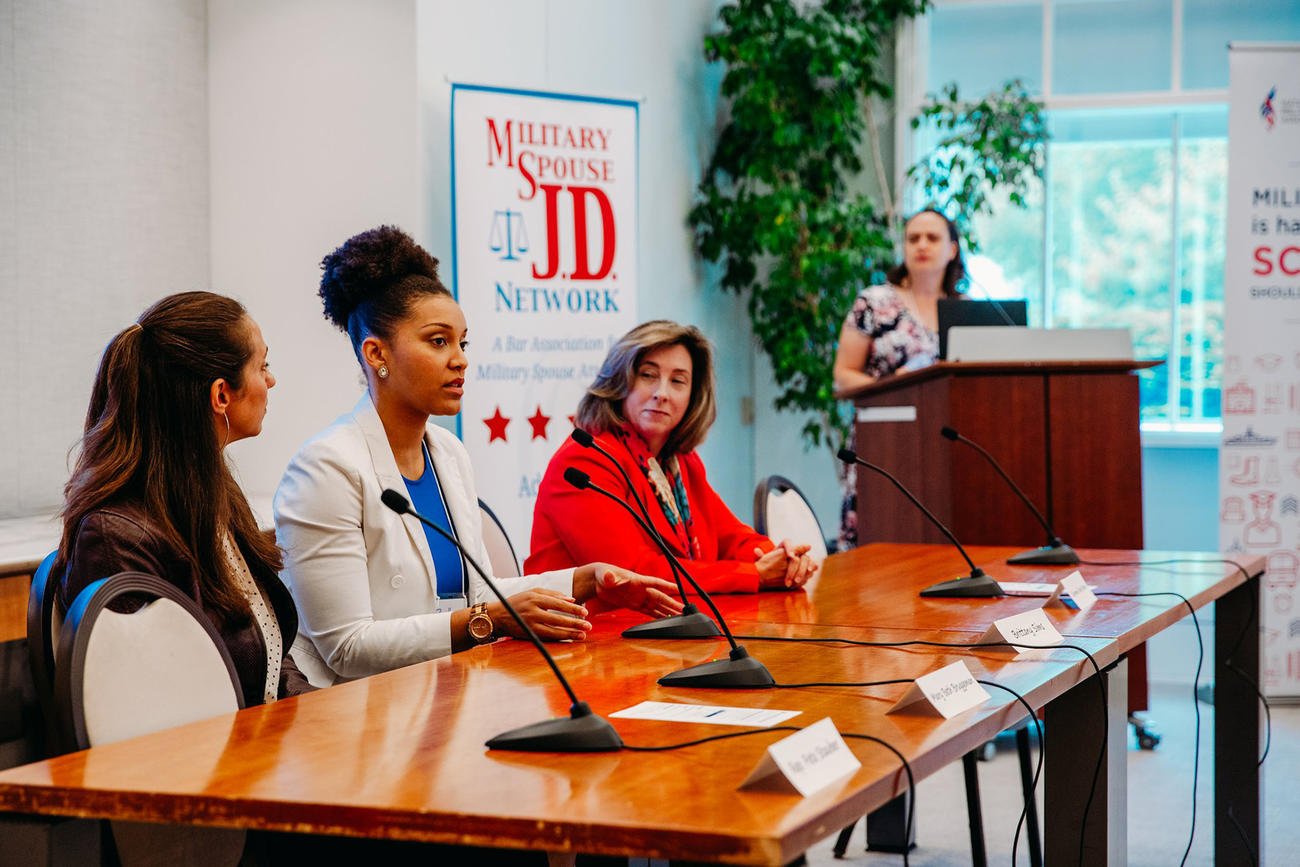 Over the last few election cycles, we’ve seen military spouses put their desire to run for public office to the test. They’ve run for local school board elections, for Senate seats and everything in between. These spouses have relied on many resources, but at the center of them is Homefront Rising.

Homefront Rising is a nonpartisan organization that encourages military spouses to get involved with the political process. It trains spouses to speak up and run for office and advocates for them throughout their campaigns.

The goal of this free resource — which runs 37 pages — is to “empower and equip any and every military spouse interested in pursuing public service leadership,” said Elizabeth Jamison, an organizer at Homefront Rising and author of the guide.

Jamison was inspired by fellow military spouse Tatiana Matta, who was a 2018 congressional candidate. When speaking with Matta about the resources she used, Jamison realized there were some for veterans and some for women, but nothing specifically for military spouses and their unique needs when running for elected office.

Some of the challenges military spouses face are familiar to those within the community, such as moving frequently and balancing their careers with their service members’ careers. Jamison realized there was a need for a resource that discussed how to overcome those challenges specifically. So, she got to work.

“I wrote this guide as my capstone project for the Master’s in Public Leadership program through the University of San Francisco (created with the Veterans Campaign) when I graduated last year,” Jamison said. “In creating the guide, I relied on input from other military spouses in the program, as well as several military spouse candidates, including Tatiana Matta and Lindsay Simmons (both Homefront Rising participants). I also incorporated the guidance that I learned from many of the experts and professors through the MAPL course of education.”

Jamison wanted to do more than address the challenges and offer suggestions on how to overcome them. She also wanted to make sure military spouses understood that those challenges make them exceptionally strong candidates.

“We have robust networks that often span the country, which helps with fundraising and awareness. Living in multiple locations gives us valuable insight into different approaches to education, employment and other community needs. We are also intimately impacted by the consequences of decisions made in Congress on foreign policy and DoD matters, which helps us understand the real-world impact of being a decision-maker and creating policy,” she said.

“A Military Spouse’s Guide to Running for Office” will be available on the Homefront Rising website for the foreseeable future and will also be distributed to attendees at the organization’s next annual conference, which will be held virtually on May 7, 2021.

Jamison said the next step for a military spouse after they read this guide and are ready to run is to let Homefront Rising know. Email the group, and it can help connect you to training, local ties, media coverage and more.

“Saying out loud to another person that you plan to run for office is an important step forward [and one of the exercises in the guide!],” Jamison said.