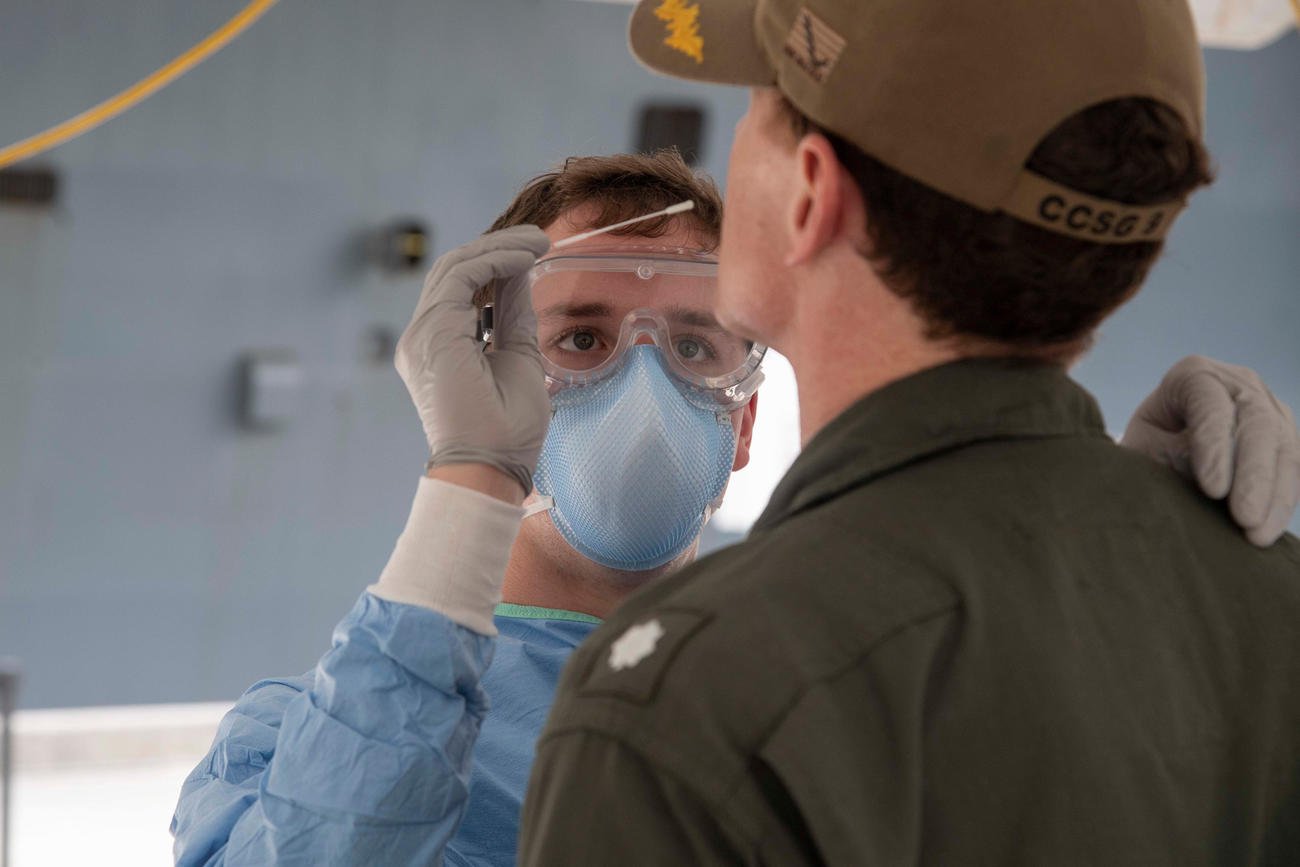 The Navy is supposed to hold training every two years on preventing infectious diseases from spreading rampantly among ships’ crews, but most major commands weren’t meeting their obligations ahead of the global pandemic, the Defense Department’s watchdog agency found.

The military has plans for slowing the spread of highly contagious illnesses among troops, but the Navy didn’t fully implement the measures meant to protect sailors. That’s according to a new 50-page report from the Pentagon’s inspector general, released this week, that focuses on the service’s handling of coronavirus outbreaks on ships and submarines.

The IG recommended that the Navy develop a plan of action and milestones for major commands to conduct pandemic influenza and infectious disease exercises at least every two years.

Read Next: GOP Air National Guardsman in Congress: Convict Trump and Save America

“Four of the five Navy component commands that operationally support a Geographic Combatant Commander did not conduct biennial PI&ID exercises in accordance with [Office of the Chief of Naval Operations requirements],” the report states.

The five commands include Naval Forces Europe-Africa, Central Command and Southern Command; U.S. Fleet Forces Command; and U.S. Pacific Fleet. The section of the report detailing which one held the required exercise was redacted.

The Navy did not immediately respond to questions about whether it had acted on the IG’s recommendations. The report noted that none of the recommendations is considered “unresolved.”

The report centers around the first two warships to experience at-sea outbreaks while deployed, including the aircraft carrier Theodore Roosevelt. More than 1,200 of the Roosevelt’s crew members became infected with COVID-19, killing one. The ship was sidelined for weeks, and the handling of the outbreak led to the relief of the carrier’s commanding officer and the resignation of the former acting Navy secretary.

Citing “lapses in following mitigation measures,” the report mentions several decisions made by Roosevelt leadership that caused the virus to spread among the crew. Crew members on the Roosevelt were also released from quarantine too quickly, and proper social-distancing rules were lacking.

Still, it notes that full compliance with Centers for Disease Control and Prevention standards for social distancing is a challenge on Navy vessels and “may not be fully attainable given the constraints onboard warships.”

“For example, social distancing within the workspaces and living areas of a ship may not be fully implemented due to the large number of crew and small spaces onboard warships and submarines,” the report states, adding that sanitization, pre-deployment sequesters, and testing crew members will all be necessary.

Those are some of the same arguments made by Capt. Brett Crozier, the Roosevelt’s former commanding officer, in a four-page letter he wrote to his superiors pleading for help in dealing with the spread of COVID-19 cases on his ship. It was impossible for more than 4,000 crew members to observe social distancing on the carrier, he said.

The ship eventually pulled into Guam, and most of the sailors were offloaded. But Crozier was removed from his post shortly after.

The case led the Navy to curb port visits and institute new restriction-of-movement periods ahead of deployments to prevent COVID-19 from spreading on ships. The inspector general report says the Navy needs to update its instruction on pandemics and infectious diseases to include that guidance, along with other lessons learned from another outbreak aboard the guided-missile destroyer Kidd.

That ship was forced to return to California after one crew member had to be medically evacuated from the ship due to COVID-19.

The Navy has declined to say exactly how many ships have had COVID-19 cases aboard its vessels. The seven-page section of the report that lists the cases is fully redacted.