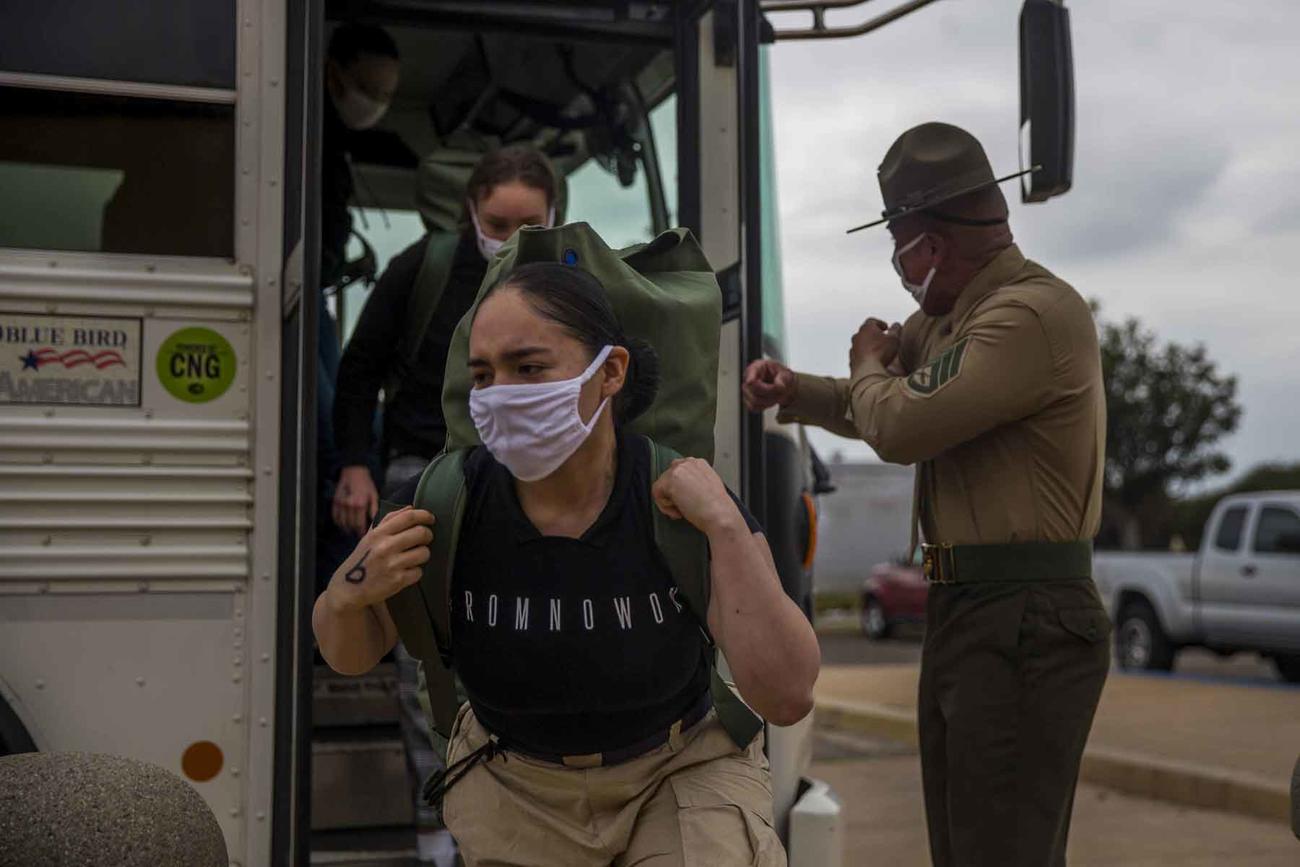 Sixty female recruits have arrived at the Marine Corps‘ all-male training site, where they’ll complete boot camp in a coed company for the first time in the base’s 100-year history.

About 450 men and women will spend the next three months training together at Marine Corps Recruit Depot San Diego as part of Lima Company, 3rd Recruit Training Battalion, said Capt. Martin Harris, a spokesman for the training depot. The Marine Corps traditionally has trained women only at its East Coast training base in Parris Island, South Carolina.

The women arrived in San Diego on Wednesday, stepping off white buses and onto the iconic yellow footprints that mark the start of the training that transforms new recruits from civilians into Marines. Male and female drill instructors were there when the women and men arrived at the base.

Anne Margret Frazier, one of the female recruits, told NBC 7 San Diego that being among the first women to train at the historically all-male base felt empowering. The 19-year-old recruit’s father served in the Marine Corps.

The Marine Corps has been directed by Congress to make both of its entry-level training sites coed in the next five to eight years. Marine Corps Recruit Depot Parris Island has been training coed recruit companies for two years. Now, recruits at San Diego are following the same model, with the female platoon being trained by women drill instructors, Harris said.

“While platoon drill instructors will remain the same gender as their recruits, recruits in like-gender platoons learn the teamwork, discipline and esprit de corps required to win our nation’s battles as part of an integrated company,” he said.

The Marine Corps announced in December that three women graduated from the West Coast drill instructor school to train the incoming female recruits. A female drill instructor who was assigned to the San Diego recruit depot in the past said women’s training roles were limited once they arrived.

The service has been slow to embrace coed training at boot camp, even after military combat jobs opened to women in 2016. Women are serving in the infantry and have attempted to become special operators, but Marine leaders have still pushed to keep training for new enlistees segregated by gender at the platoon level.

The women training in San Diego are from the Marine Corps’ Western Recruiting Region, Harris said. The service typically ships men from west of the Mississippi River to San Diego and those from states east of the river — along with all women — to Parris Island.

The service has been experimenting with how best to meet a new law that requires both boot camp sites to be coed within the next eight years.

The Marine Corps is also studying the possibility of shutting both recruit depots down and creating a new training site where all recruits — men and women — would train together. That concept has faced pushback from lawmakers.