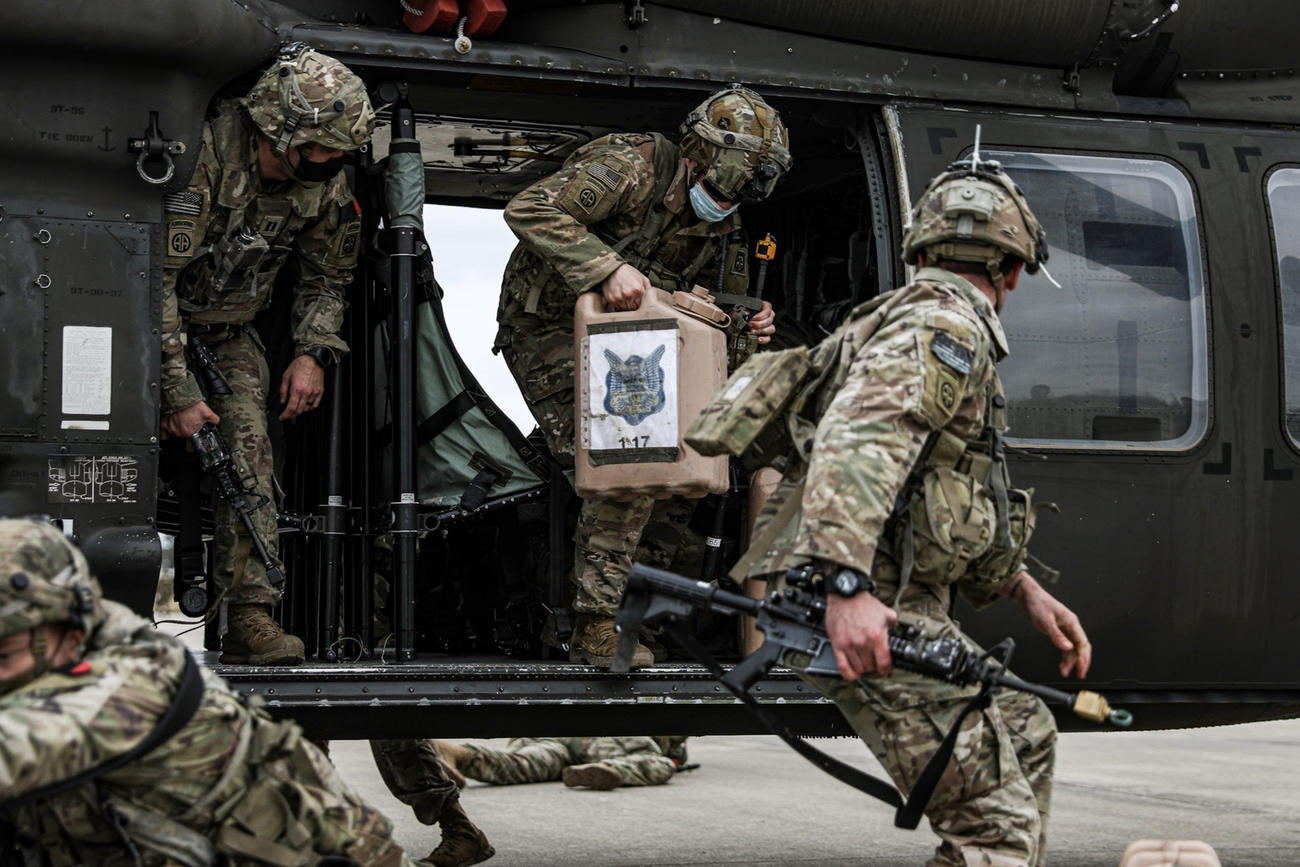 Paratroopers from the 82nd Airborne Division training at the Joint Readiness Training Center at Fort Polk, Louisiana, are complaining of a “mass outbreak” of COVID-19 within the unit and claiming there has been no isolation for those infected.

The first of about 4,000 soldiers began leaving Fort Bragg, North Carolina, in a series of bus convoys headed for the combat training center Jan. 22.

The Fayetteville Observer reported Wednesday that it had received a letter from a group of anonymous paratroopers who claim to have been forced to ride in a bus for several hours with unit members “suspected to be infected with COVID-19” without social distancing restrictions.

Read Next: Head of Army Europe and Africa Wants a New Command for Long-Range Fires

The anonymous paratroopers also said that unit members began testing positive just over a week later but have not been quarantined, the Observer reported.

But officials are pushing back on the claims.

“COVID mitigation measures are in place and are proving to be effective,” 82nd spokesman Lt. Col. Mike Burns said in a statement.

“Our positivity rate for this exercise is under 5 percent, much lower than our surrounding communities,” he continued. “We’ve implemented several measures in accordance with [Centers for Disease Control and Prevention] guidelines to reduce likelihood of spreading the virus to one another.”

According to the Observer, the letter states, “Soldiers are having to sleep amongst those that are infected and are not provided with a place to quarantine or isolate.”

Burns wrote that a “small number of soldiers have tested positive for COVID since their arrival at JRCT. … [They] were quickly identified and isolated in barracks on mainpost (Fort Polk) away from the training area.”

“Paratroopers in the isolation barracks are provided meals and sustainment by Fort Polk leadership, and are seen by medical providers twice a day to ensure their health and well-being,” he added.

The 82nd would not release the exact number of soldiers who have tested positive for the virus, Burns said in the statement.

The three-week exercise at JRTC, one of the Army’s three combat training centers, began Feb. 1 when about 500 paratroopers participated in a parachute assault into the training area, Burns said.

Prior to leaving Bragg, every paratrooper was tested for the virus and “required to restrict their movements until their test results were returned in order to decrease chances of infection prior to movement,” Burns said.

The 82nd does not allow soldiers who test positive for COVID-19 to participate in training rotations, he told Military.com.

Paratroopers deploying to JRCT were offered the “option to vaccinate prior to deployment,” said Burns, who would not say how many soldiers agreed to be vaccinated.

Vaccinations are being offered on a voluntary basis as long they are being distributed under an emergency use authorization.

“Leaders at every level and paratroopers of every rank are responsible for protecting themselves and their fellow soldiers at all times,” Burns wrote. “We continue to emphasize the importance of vaccinations for all populations at Fort Bragg to improve the health, safety, and welfare of our paratroopers and their families.”