8 Fun Facts About the USO to Celebrate Its 80th Birthday 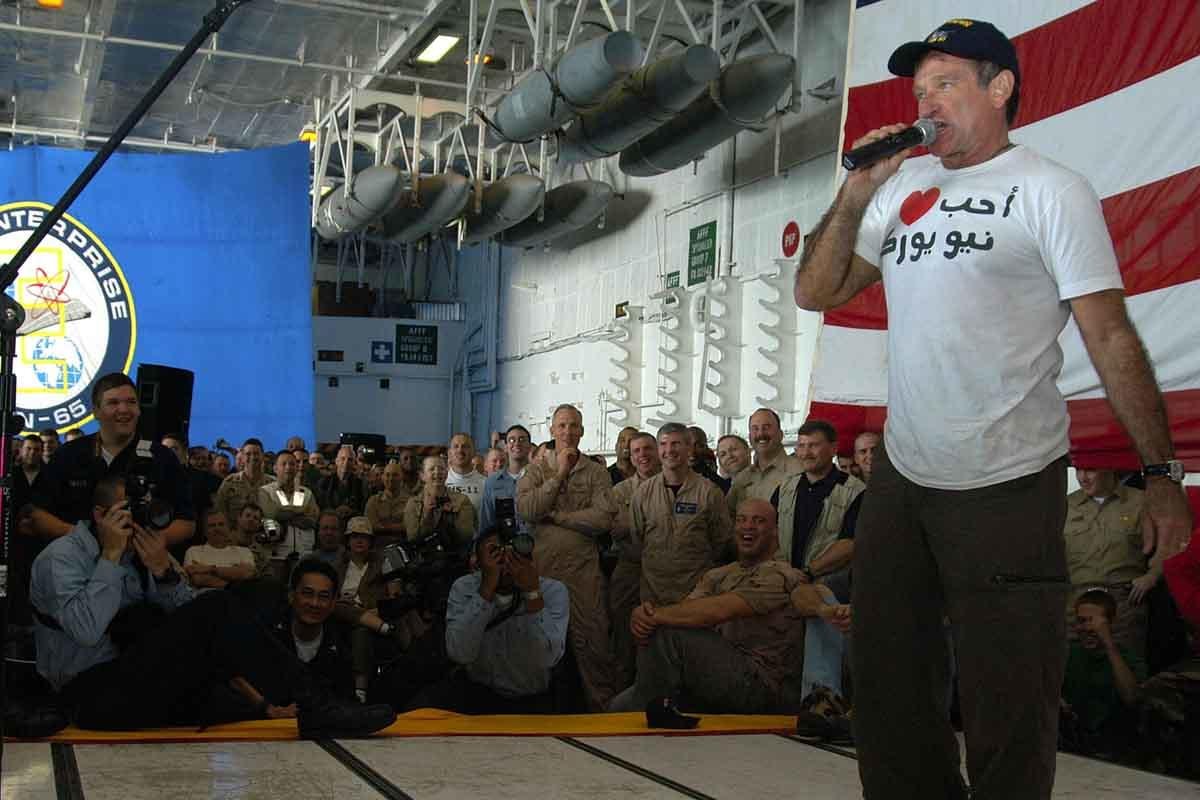 For almost 80 years, American troops have come to know and love the Uniformed Service Organizations, or USO. From care packages and airport lounges to visits from celebrities in war zones, the USO has kept U.S. troops connected to family, home and country since before America entered World War II.

The USO is more than a tent at a deployed location where troops play Risk and watch the Super Bowl (although both of those things are great). Its 250 locations represent the respect and admiration the American people have for their service members. Today, the USO invites all Americans to express their thanks by donating, volunteering, sharing USO stories, or even just participating in USO activities.

To celebrate 80 years of fearlessly following U.S. troops to the front lines, here are eight fun things about the USO that maybe you didn’t know.

Ever notice how everyone calls it the Uniformed Service Organizations, when saying the full name? It’s not because of a typo. “USO” is an acronym for what President Franklin D. Roosevelt united into a single service member support organization.

2. The USO has a congressional caucus.

You may not hear much about the USO Caucus putting their heads together on legislation, but when it comes to military morale and wellness, the USO has Congress’ ear. The USO Caucus has members from both the House of Representatives and the Senate and from both parties.

While some parts of Congress may not play well together, the USO has the bipartisan and bicameral clout to represent the needs of military members and their families.

3. It’s for military spouses too.

USO programs are designed for the well-being of American troops, and that includes helping out on the home front. There are a number of programs for spouses and families that include everything from being able to contact their deployed loved one to fitting into a new community.

One of these programs is the USO Coffee Connection, which hosts events throughout the year where military spouses can gather and talk over coffee and pastries. The USO also hosts literacy programs for military children through the Bob Hope Legacy Reading Program; couples seminars; and professional networking events.

For as long as the USO has existed, it’s had a partnership with Coca-Cola to distribute ice-cold Cokes to deployed American troops. At the outset of World War II, the Coca-Cola company decided it would make a Coke available for just five cents to any GI who wanted one, no matter how much money the company would lose doing it.

The effort was a logistics miracle that really worked — for the troops, that is. The company built 64 bottling plants around the world to support those troops. The USO handed out the soft drinks, along with its ubiquitous coffee and doughnuts. Coca-Cola lost some $83.2 million (in today’s dollars) for the effort.

“Wherever the USO is, Coke is, as well.” Ted Ryan, Coca-Cola’s director of heritage communications, told the USO.

5. The USO got an honorable discharge.

In 1947, as the U.S. military demobilized after the end of World War II, the Uniformed Services Organization was discharged, just like millions of fighting men. President Harry S Truman issued its discharge.

But when the Korean War broke out, the USO was mobilized once more, back in action on the Korean Peninsula by 1951.

From his first show at California’s March Field in 1941 to his last tour in the Middle Eastern countries of Bahrain and Saudi Arabia in 1990, Bob Hope was called the “One Man Morale Machine.” Despite being so close to the front that the fighting could be heard onstage, Hope did everything he could to make his performances memorable.

During World War II, only nine of his 144 radio shows were done in the studio; he would change his set so that no one in the field heard the same show that was broadcast that week. War correspondent and novelist John Steinbeck once wrote that Hope worked “at a pace that would kill most people.”

The performer worked so hard for so long that President Bill Clinton made him an honorary veteran in 1997.

7. A lot has changed over the years.

USO canteens used to offer a lot of services and shows that they just don’t have anymore. Servicemen in World War II were treated to cigarettes, boxing matches and snacks hand-delivered by Hollywood’s biggest stars of the day, depending on which canteen they were visiting.

It was also a lot more dangerous for USO volunteers during World War II. Hollywood actor Edward G. Robinson was meeting troops in Normandy just days after the D-Day landings. Some 37 performers died to entertain the troops, including band leader Glenn Miller, whose plane disappeared over the English Channel.

8. Day care started with the USO.

Women entering factories in place of men who were drafted or joined the military during World War II needed a place to drop off their children. In keeping with its mission of supporting military members and their families, the local USO took the kids for the day. Nowadays, day care is as common as dropping the kids off at school.

All the more reason to support the USO — you never know which of its ideas could soon be indispensable to your daily life.