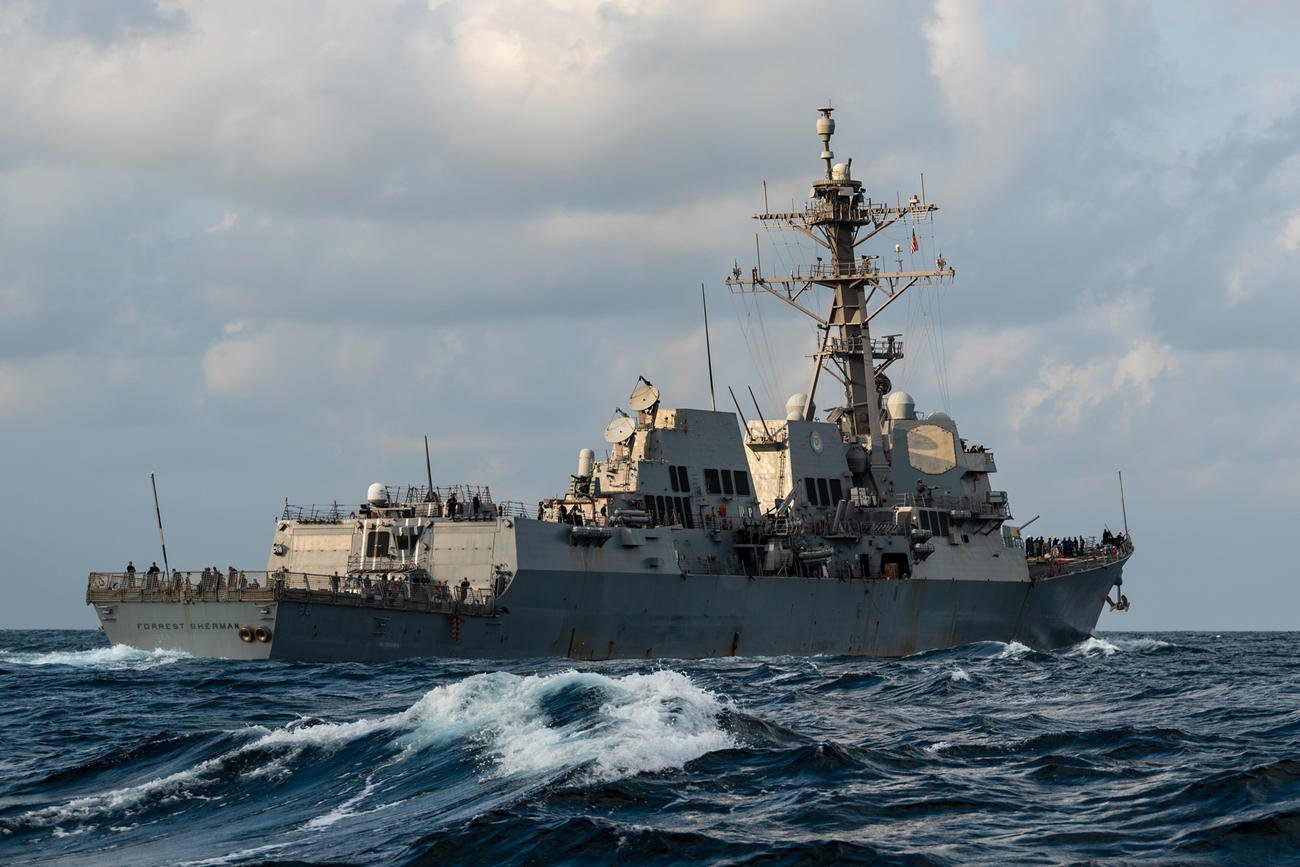 The commanding officer of a Navy ship was relieved days ahead of a scheduled change-of-command ceremony after an investigation was opened into his decision to make a plaque commemorating his crew’s major weapons seizure in the Middle East, his lawyer said.

Cmdr. Frank Azzarello was removed from his post on the destroyer Forrest Sherman on Wednesday over what the Navy said was a “loss of confidence in his ability to command.” He was relieved by Rear Adm. Ryan Scholl, the head of Carrier Strike Group Eight.

Azzarello, who had commanded the destroyer since September 2019, is currently under investigation by the Naval Criminal Investigative Service, said Cmdr. Ashley Hockycko, a U.S. Second Fleet spokeswoman. But the command declined to provide further details about what prompted the probe or Azzarello’s relief.

Read Next: The Marine Corps Is Developing a Better-Fitting, More Functional PT Uniform

“It would be inappropriate to discuss any details until completion of an ongoing investigation,” Hockycko said.

Tim Parlatore, Azzarello’s lawyer, said the Navy sacked the commander over his plan to turn a rusty AK-47 assault rifle into a plaque to celebrate the crew’s celebrated Arabian Sea weapons seizure.

“He was trying to create something nice and good for the crew — a morale booster for the men and women on the ship to commemorate their good work,” said Parlatore, who attended Surface Warfare Officer School with Azzarello. “It’s not like he stole an enemy weapon to put into his personal collection or something.”

Parlatore said it’s not clear whether Azzarello faces further punishment for the move. Hockycko said it “would be premature to speculate if any other members of the command will receive disciplinary/administrative action.”

There are procedures service members must follow if they have plans for an enemy weapon, Parlatore said. As a warship commander, he added, it wasn’t a situation Azzarello frequently encountered, so he didn’t have training on the protocols.

“If he was, say, a SEAL commander, there probably would be a lot more detailed training he would have gone through all this,” Parlatore said. “… Aviation and surface Navy, not so much.”

The Forrest Sherman was one of two ships celebrated for their 2019 and 2020 arms seizures in the Middle East. Navy Capt. William Urban, a U.S. Central Command spokesman, told reporters last year that weapons, including a new type of Iranian missile, were intercepted on their way to war-torn Yemen.

Parlatore said the Navy could have told Azzarello to redo the processes for making the plaque out of the AK-47 instead of relieving him of command.

“To me, I think that this is going to be more damaging to recruiting and retention,” he said. “What [Azzarello] did here is the kind of thing that, if he was my captain, I would have thought, ‘What a great thing.'”

“He’s proud of what they did in that seizure,” Parlatore said of Azzarello, “which was one of the reasons why he tried to commemorate it.

“It’s unfortunate,” he added, “because here’s a guy that spent 28 years of his life serving, and not only is his Navy career over, but quite frankly … for the rest of his life, [prospective employers] are going to Google him and they’re going to see this.”

Related: The US Navy Just Got Its Hands on a New Kind of Iranian Missile