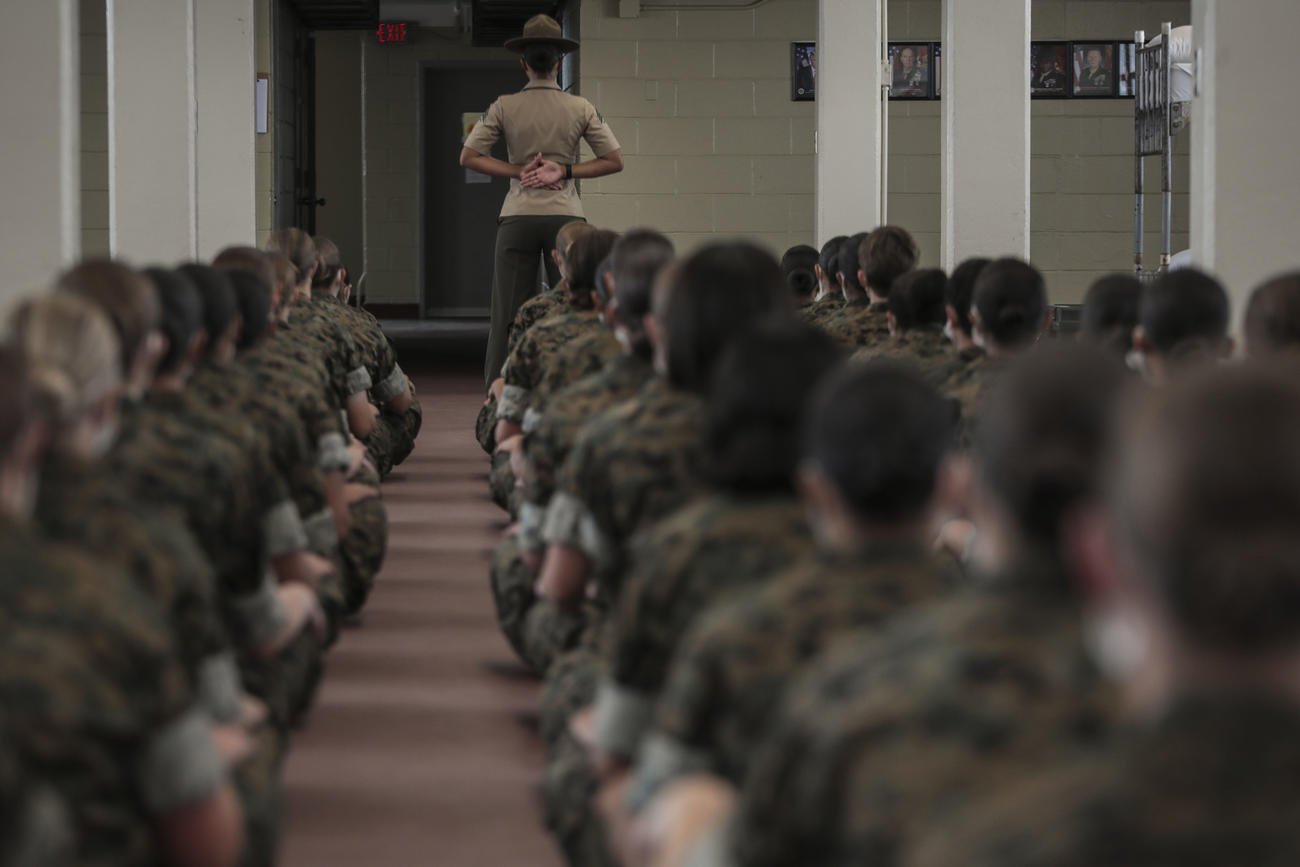 For the first time ever, the Marine Corps is about to send dozens of women to its all-male West Coast boot camp as the service prepares to meet a congressional mandate to make its entry-level training coed.

About 60 female recruits will begin training at Marine Corps Recruit Depot San Diego in February, multiple officials told Military.com. The plan is part of a test run as the Marine Corps experiments with ways to end its long-held tradition of separating enlisted recruits by gender when they arrive at boot camp.

The service has historically trained female recruits only at Marine Corps Recruit Depot Parris Island in South Carolina. But it is required by law to end that practice within five years at Parris Island and within eight at San Diego.

Read Next: This Female World War II Vet Is One of the First Americans to Get the COVID-19 Vaccine

Three women will also graduate from the Marine Corps’ West Coast drill instructor school this week, officials said. The new drill instructors will be part of the team responsible for training the incoming female platoon.

Commandant Gen. David Berger, the Marine Corps’ top general, said during a Defense One event in September that the service would “run a couple of trials this wintertime” in which it would move female drill instructors from South Carolina to San Diego “and train recruits on the West Coast to see how this is going to work.”

It was not immediately clear at the time whether that meant the drill instructors would train the male recruits already there, or women as well.

The recruits will be assigned to a coed company once they get to San Diego. The company will follow the training model Parris Island has been using over the last two years to train men and women together in the same company.

The first-ever gender-integrated company, which included one female platoon and five male platoons, graduated from Parris Island in March 2019. Several more coed companies have since completed training together there.

Lawmakers have pressed the Marine Corps to train men and women together after all combat arms jobs opened to women and a high-profile scandal highlighted the troubling way some male Marines treated their female colleagues. The requirement to end the practice was included in the 2020 National Defense Authorization Act, which was signed into law last December.

Leaders have said that the coed companies that have graduated at Parris Island have performed as well, if not better than, some all-male or all-female companies.

“If anything, it went a little better because there’s a little bit more competition with [each platoon] going, ‘No, we need to beat them,’ or ‘We can’t let them beat us,'” now-retired Maj. Gen. William Mullen, the former head of Marine Corps Training and Education Command, told Military.com last year. “So there was a little bit of that effect. But other than that, there was no real difference.”

The female recruits that will ship to Marine Corps Recruit Depot San Diego in February have already been notified that they won’t be training at Parris Island, officials said. The women, like most men who train in San Diego, will ship from states west of the Mississippi River.

The Marine Corps is also studying, as part of meeting its congressional mandate to make boot camp coed, the possibility of training all its recruits at a new site rather than shipping them to separate coasts. That has led to outcry from South Carolina politicians who are pushing back against closing the historic Parris Island base.