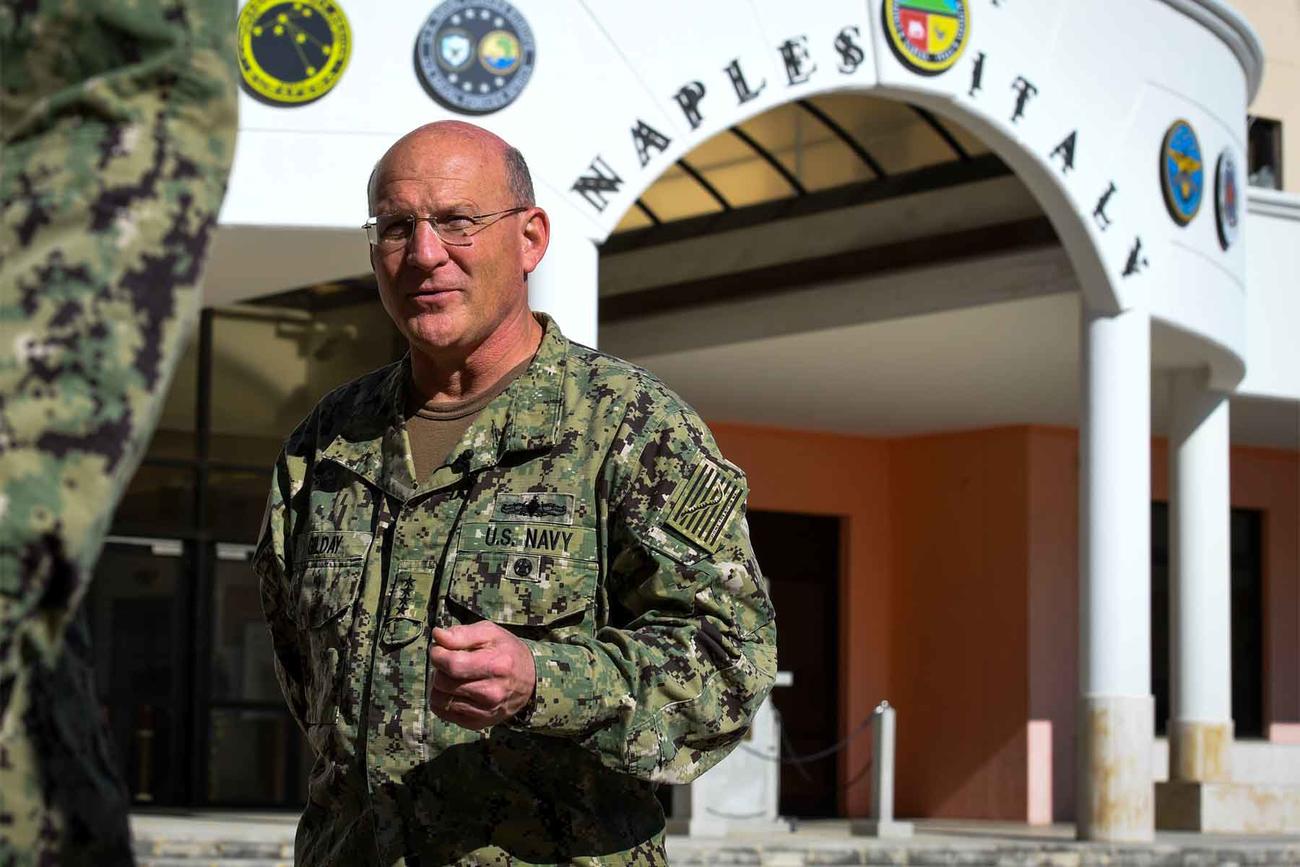 The chief of naval operations said military leaders are striving to be “a stable element” for the country, which was briefly thrown into chaos last week when a mob of the president’s supporters carried out an attack on the U.S. Capitol, leaving veterans on both sides of the violent takeover dead.

Adm. Mike Gilday said the military remains focused on its longstanding tradition of staying apolitical and carrying out its mission. Right now, he said, the mission is preparing for a new commander in chief to take over next week.

“That’s where my guidance to our commanders has been — to focus on what we need to do at a time of transition for our government,” Gilday told reporters ahead of the release of his new strategy for the Navy‘s decade ahead.

Read Next: National Guard Troops Deploying to DC Will Come With Lethal Weapons

“The military’s always been, or should always be, a stable element … in our country,” he added. “And that’s what we’re striving to be at this time.”

The country has been bitterly divided in recent years, and things erupted on Capitol Hill last week when President Donald Trump’s supporters stormed a federal building where the vice president and lawmakers were working to affirm President-elect Joe Biden’s electoral victory. Trump has been claiming without proof that the election was stolen from him, telling his supporters at a Jan. 6 protest coined “Stop the Steal” that Biden’s win was an “egregious assault on our democracy.”

Trump then called on his supporters to walk down to the Capitol. He said he would join them, but instead returned to the White House.

“You will never take back our country with weakness,” Trump told the crowd.

Two veterans were killed after the president’s supporters removed barricades around the Capitol and pushed past federal law enforcement agents.

U.S. Capitol Police Officer Brian D. Sicknick, 42, who served six years with the New Jersey Air National Guard, died Thursday. Sicknick’s father told Reuters that his son, a Trump supporter, suffered a clot on his brain after engaging with protesters at the Capitol the day before.

“I’ll never get over this,” Charles Sicknick told the agency. “… If any good comes out of my son’s death, I just hope that it stops all the lunacy that’s been going on in this country.”

Former Senior Airman Ashli Babbitt, 35, also died last week after being shot by police in the Capitol as she took part in the siege. Babbitt, The Washington Post reported, was an ardent Trump supporter. She also followed the QAnon conspiracy theory, according to the Post, “convinced that Trump was destined to vanquish a cabal of child abusers and Satan-worshiping Democrats.”

At least two other military veterans were arrested and charged for their alleged involvement in the Capitol mob.

Retired Air Force Lt. Col. Larry Rendall Brock Jr., who was photographed brandishing zip tie handcuffs at the Capitol, was arrested Sunday in Texas. Brock was charged with knowingly entering a restricted building without lawful authority, according to the Justice Department.

Jacob Anthony Chansley of Arizona, who also goes by Jake Angeli and calls himself the QAnon Shaman, was arrested Saturday and charged with knowingly entering or remaining in any restricted building or grounds without lawful authority, and violent entry and disorderly conduct on Capitol grounds.

Chansley, who was filmed in the Capitol wearing horns; a fur hat; and red, white and blue face paint, is a Navy veteran, who served between 2005 and 2007, service officials confirmed.

Lt. Brittany Stephens, a Navy spokeswoman at the Pentagon, said the Naval Criminal Investigative Service is coordinating closely with federal law enforcement to determine whether any active or Reserve Navy or Marine Corps personnel participated in last week’s mob attack at the Capitol.

“NCIS urges anyone with information regarding [Navy or Marine Corps] personnel participating … to report to NCIS using the NCIS Tips app or at www.ncis.navy.mil,” she added.

Lawmaker to Army Secretary: Investigate Troops Deploying to Inauguration for Domestic Terror Sympathies
Here’s What It Was Like to Be a Marine Turned Journalist Capturing the US Capitol Assault