The 10 Strangest and Most Ridiculous Military Stories of 2020 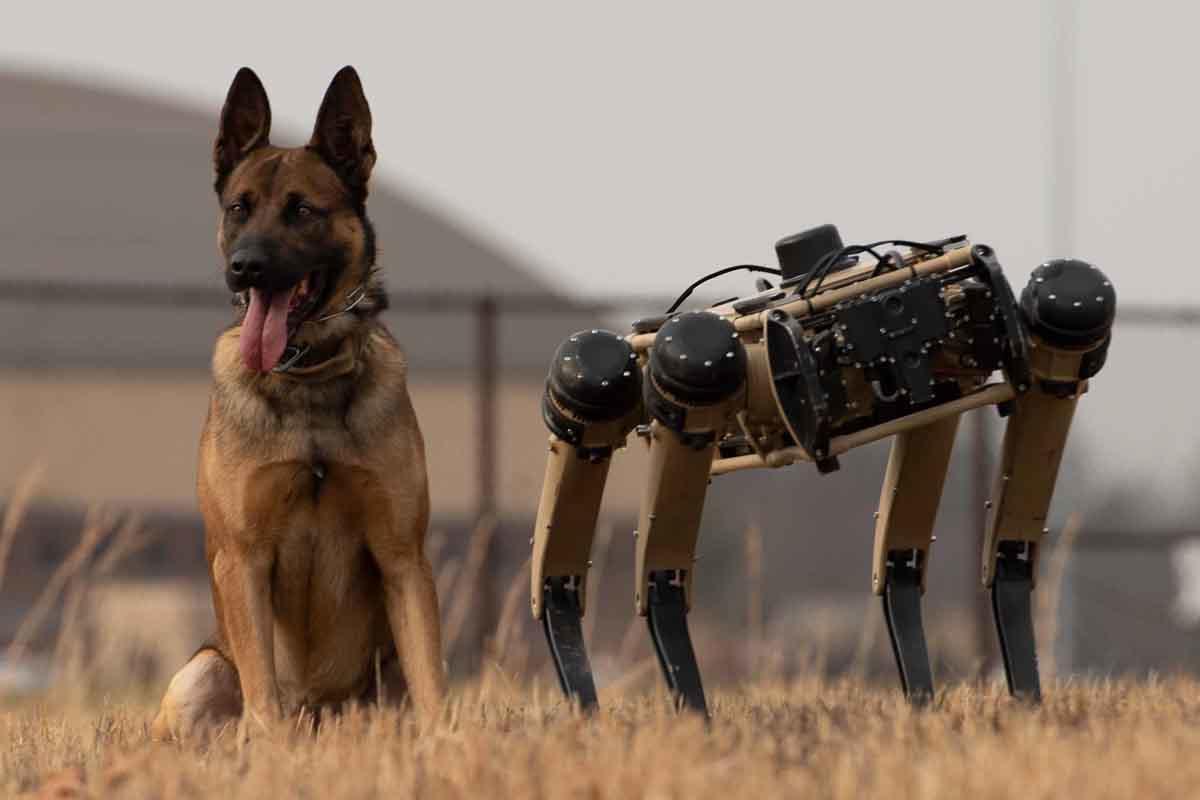 My fellow Americans, our long national nightmare is (almost) over. The year 2020 has been exceptional in many ways, and the military world has been no different.

While most of the news coming from the Pentagon is serious, there are other stories the world’s militaries would probably like to forget — or at least not get caught rolling their eyes at.

These are those times.

Get aboard the Trump Train or get run over, extraterrestrials. In May, the U.S. Navy acknowledged the existence of unidentified flying objects encountered by naval aviators in the skies. This statement confirmed video from in-flight cameras released earlier.

Then in October, President Donald Trump was asked by Fox News reporter Maria Bartiromo about the Defense Department’s UFO Task Force. The president promised he would take a strong look at it and then issued what some might call a preemptive warning against any alien aggression.

I’m not saying the aliens got the message, but we haven’t seen them around for a while.

Not to jump on the anti-Space Force bandwagon, but almost everything about the nascent new service seems a little absurd.

In February, the first real or perceived threat facing Space Force assets came when a Russian satellite allegedly began tailing an American spy satellite in orbit. Then, another object separated from the Russian satellite in what Chief of Space Operations Gen. John “Jay” Raymond described as a “Russian Nesting Doll” maneuver.

And now we’ve learned we’re supposed to refer to members of the Space Force as “Guardians.” The fact that social media can release a fake Space Force uniform design reminiscent of “Spaceballs” and be believed gives us an idea of how seriously the public take the new branch.

For a young branch trying to be taken seriously, these early starts, combined with an entire Netflix show about what the branch could be doesn’t exactly help.

Nuclear proliferation isn’t the only concern facing the Korean Peninsula anymore. A November 2020 report from the U.S. Naval Institute alleges that satellite imagery has detected what appears to be a dolphin pen in the communist country’s Taedong River.

Read More: North Korea May Have Its Own Corps of Communist Killer Dolphins

We know that Iran allegedly purchased its own fleet of killer seaborne mammals from the former Soviet Union and now, that technology appears to be in the hands of its fellow “Axis of Evil” member.

4. They Sure Don’t Make Coups Like they Used To

During the Cold War, it seemed like the United States could overthrow an unfriendly regime with MacGyver-like ease. Just hand us some string, a cheese sandwich and a few volunteers and we could turn Communist countries into friendly governments almost overnight. Not so much anymore.

In April, U.S. Army Special Forces veteran Jordan Goudreau attempted to lead a poorly-trained band of armed insurgents in an attempt to overthrow the Venezuelan government of NIcolas Maduro from neighboring Colombia. Except, it didn’t work.

The plan was for the insurgents to roll across the border in a heavily armed convoy, make their way straight to Caracas to assault Maduro’s presidential palace and arrest the dictator. Then they’d win, counting on the Venezuelan military to fall apart without the president.

The plan disintegrated due to poor funding, poor training, a lack of external support, a lack of weapons or equipment and too much trust in the architects of Venezuela’s burgeoning narco-economy as close confidants. Venezuela says it had infiltrated the would-be army for months.

One of the chief conspirators is now incarcerated and facing drug trafficking charges in the United States, and two other Special Forces veterans are being held by Venezuela for the attempted coup.

One might think Poland, of all countries, would be incredibly sensitive to the idea of suddenly invading its neighbors. In June 2020 Polish troops prevented the local parishioners of the village of Pelhřimovy from attending church services in a large gathering.

With the global pandemic raging, one could hardly blame them. But there was just one problem: Pelhřimovy isn’t in Poland; it’s in the Czech Republic.

According to the Polish Foreign Ministry, the Polish soldiers made camp near the town months before the incident, believing they were sealing the border near the Polish village of Pielgrzymów.

Although the Polish troops quickly withdrew to their own border, the event was still a win for the Polish, joining other Polish victories like the circular firing squad and the submarine screen door.

There comes a time in everyone’s life when they realize their parents are just people, capable of making the same mistakes as anyone else as they fumble through this thing called life. Then there’s Adolf Hitler Uunona’s father, who might have some explaining to do.

Adolf Hitler Uunona ran (successfully) for councilor of the Ompundja constituency in northern Namibia, and had no idea of his infamous namesake. Uunona went by just his first name and last name until he entered politics, believing it was just a normal name.

“It wasn’t until I was growing up that I realized this man wanted to subjugate the whole world. I have nothing to do with any of these things,” he told the BBC.

In the run-up to the 2020 general election, a group of mostly-veteran Republican candidates for seats in the U.S. House of Representatives — led by sitting Texas congressman and former SEAL Dan Crenshaw — released a joint campaign ad reminiscent of an action movie trailer. In “Texas Reloaded,” the veterans form an action movie supergroup to “save Texas.”

Read: 4 Military Veterans Just Released the Most Tactical Campaign Ad of All Time

Laugh all you want at their performance, but only one of the cast members lost their bid for a seat, non-veteran Genvieve Collins.

After the election results showed the importance of Georgia’s runoff races for the U.S. Senate, Crenshaw later released “Georgia Reloaded” that features Crenshaw jumping into Georgia to help Republican candidates in the state.

8. A U.S. Marine Corps Veteran is Held for Espionage in Russia

In a story reminiscent of Cold War-era politics, Marine veteran and former police officer Paul Whelan was arrested in Russia for spying for the United States on New Years Eve 2018. Some 18 months later, he was convicted in a closed-door trial and sentenced to 16 years in a high-security facility run by the Russian FSB, formerly the Soviet KGB.

Read More: Former US Marine Says He Was Injured by Russian Prison Guards

Things don’t look good for Whelan. He holds British, Irish and Canadian passports and was the head of global security for a US-based car parts company at the time of his arrest. He made repeated trips to Russia over the past few years. When he was arrested, the FSB alleges he had a USB drive containing Russian state secrets — and his defense team was provided by the Russian government.

After closing the court to TV cameras, Whelan began holding up signs for world media to see. The signs included his assertion that he was wrongfully held, that he was set up and convicted in a kangaroo court and included a plea to U.S. President Donald Trump to intervene.

He is being held in a former Soviet Gulag, 300 miles east of Moscow.

The Air Force calls them “Quadrupedal Unmanned Ground Vehicles” (Q-UGV) and they look like the “Metalhead” nightmare from an episode of “Black Mirror.” During the September 2020 test of the Defense Department’s Advanced Battle Management System, the robot dogs were deployed and tested as part of a data-gathering aspect of the exercise.

Not much is known about the Q-UGV dogs, but designer and manufacturer Ghost Robotics claims the robots are “unstoppable” and designed for all-terrain stability in a variety of missions, with modular designs and multiple sizes.

10. The United States Army Makes It Rain for an OnlyFans Creator

Few websites have seen an explosion in viewership throughout the global pandemic like the sex worker content creation site OnlyFans. The site allows “creators” to charge viewers for access to their photos and videos on a monthly basis, and “tip” content creators for individual posts. One of the beneficiaries of the site is a Montreal-based creator and model known as “QuinnFinite.”

While Fort Bragg officials claimed the account had been hacked (it wasn’t), QuinnFinite’s monthly income jumped to $35,000.