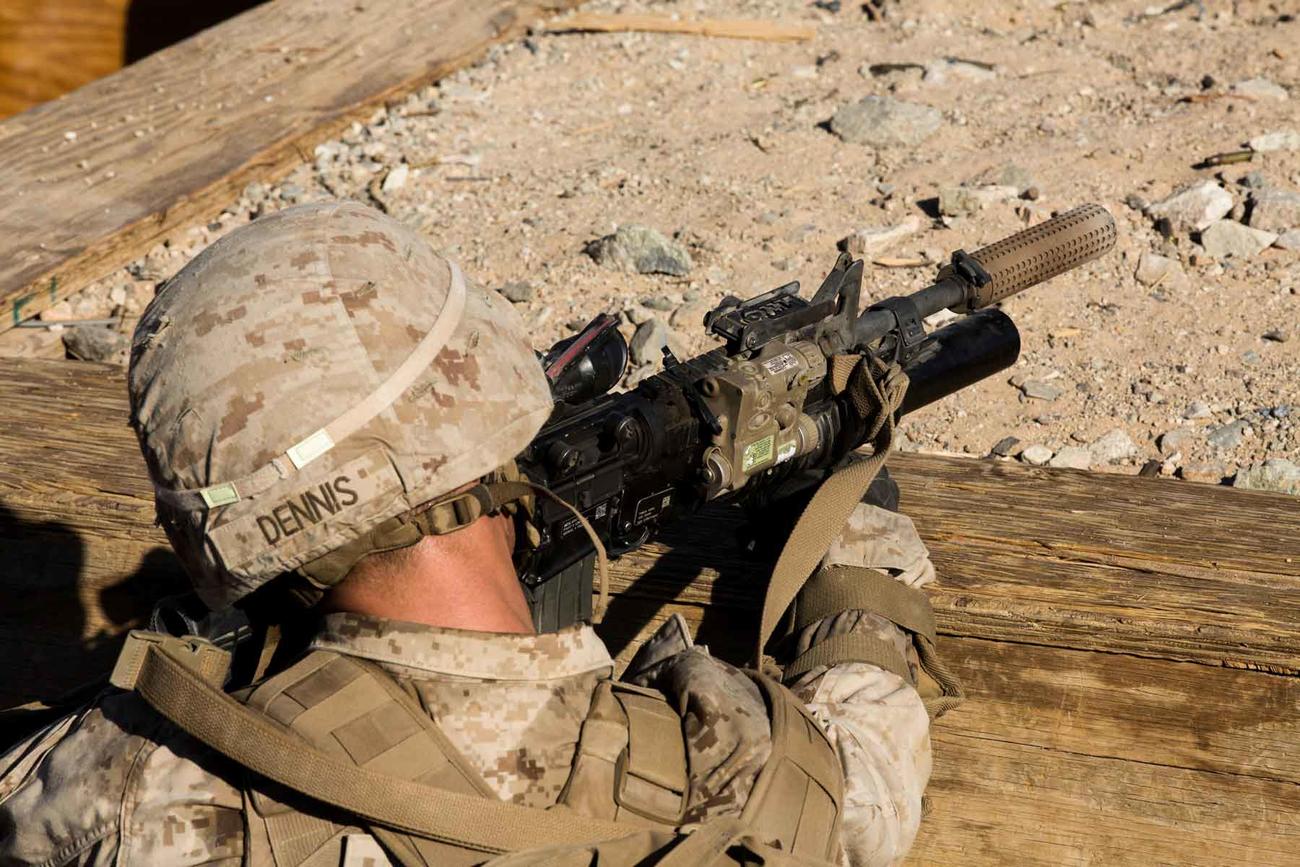 After years of planning, infantry Marines are finally getting their hands on small arms suppressors aimed at helping combat units avoid detection while firing on enemy positions.

“We’ve never fielded suppressors at this scale,” Maj. Mike Brisker, weapons product manager in MCSC’s Program Manager for Infantry Weapons, said in a Tuesday release. “This fielding is a big moment for the Marine Corps.”

Task and Purpose first reported the start of fielding this month.

Infantry weapons create an incredible amount of noise on the battlefield, but adding suppressors helps muffle their “audible and visual signature, making it more difficult for the enemy to ascertain their location,” Chief Warrant Officer 4 David Tomlinson, MCSC’s infantry weapons officer, said in the release.

Reducing the din of battle also significantly improves the ability of small units to communicate with each other during a gunfight, Tomlinson said.

“I would say the most important thing the suppressor does is allow for better inter-squad, inter-platoon communication,” Tomlinson said in the release. “It allows the operators to communicate laterally up and down the line during a firefight.”

“In the big picture, the [Department of Veterans Affairs] pays out a lot in hearing loss claims,” Brisker said. “We’d like Marines to be able to continue to hear for many years even after they leave the service. These suppressors have that benefit as well.”

Marines identified the benefits of equipping combat units with suppressors in 2016, when a battalion from the 2nd Marine Division suppressed its individual and crew-served weapons during a Marine Corps Warfighting Lab experiment.

“The positive feedback from that experiment was the primary driving force behind procuring suppressors,” Brisker said. “We’ve had a few limited user experiments with various units since that time, and all of those events generated positive reviews of the capability.”

Special operations units across the services have long used a wide variety of commercial suppressors in combat. Now more and more Marine commanders have requested suppressors, arguing that they will increase the effectiveness of their units on the battlefield.

News of the suppressor fielding has created a groundswell of excitement among the Marine units receiving them, Tomlinson said.

“As I travel and brief units, this capability has generated the most interest–from lance corporals to colonels,” Tomlinson said. “There has been an overwhelming excitement to receiving the suppressors, which we anticipate will serve as an effective capability for the warfighter.”

In First, Navy Super Hornet Launches from ‘Ski Jump’ to Prove it Can Fly Off Foreign Carriers
The 10 Strangest and Most Ridiculous Military Stories of 2020