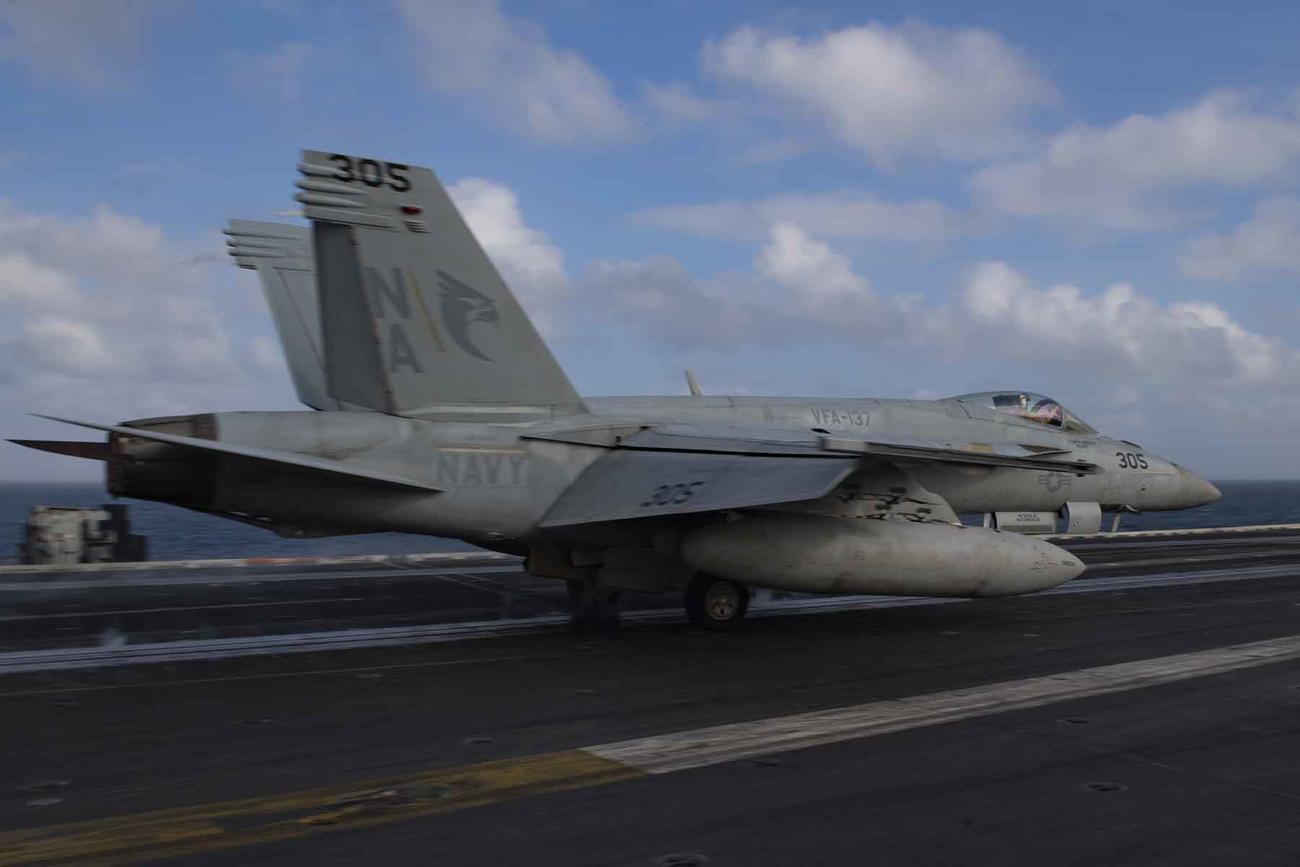 Fighter aircraft from the carrier Nimitz have been providing “operational and close air support” as U.S. troops withdraw from Somalia under threat of possible attack from al-Shabaab insurgents.

Support from F/A-18 Super Hornets of Carrier Air Wing 17 aboard the Nimitz “allows us to maintain pressure against regional threats” while carrying out Operation Octave Quartz to relocate troops in Somalia to neighboring countries, Air Force Maj. Gen. Dagvin Anderson, commander of Joint Task Force-Quartz, said in a statement Monday.

The Nimitz and its strike group, consisting of the guided-missile cruisers Princeton and Philippine Sea, and the Arleigh Burke-class destroyer Sterett, arrived off the Horn of Africa country Dec. 21, U.S. Africa Command said in a release.

The ARG has about 2,500 Marines from the 15th Marine Expeditionary unit aboard.

The Pentagon announced Dec. 4 that President Donald Trump had ordered the withdrawal of most of the estimated 700-800 U.S. troops from Somalia.

“The arrival of the ARG/MEU and its significant combat capability demonstrates our resolve to support our partners and protect our forces through this transition,” Anderson, who doubles as commander of Special Operations Command-Africa, said in an AFRICOM release.

Since the arrival of the Nimitz strike group and the ARG, the U.S. has conducted at least one airstrike against the al-Qaida linked al-Shabaab.

The Christmas eve airstrike targeted an Al-Shabaab compound and the initial assessment of the strike concluded that the compound was damaged “and several Al-Shabab fighters fled, thwarting nefarious activity,” AFRICOM said. AFRICOM did not state what type of aircraft was used or where it originated.

Army Gen. Stephen Townsend, the AFRICOM commander, has since stated that a small contingent of U.S. troops would remain in Somalia, while the rest were “repositioned” to neighboring countries, most likely Kenya and Djibouti.

Related: Once Part of the Invasion Force, Christopher Miller Returns to Afghanistan to Close Down the War