Canadian Forces Drink This High-Octane Eggnog to Celebrate the New Year, and We Have a Recipe 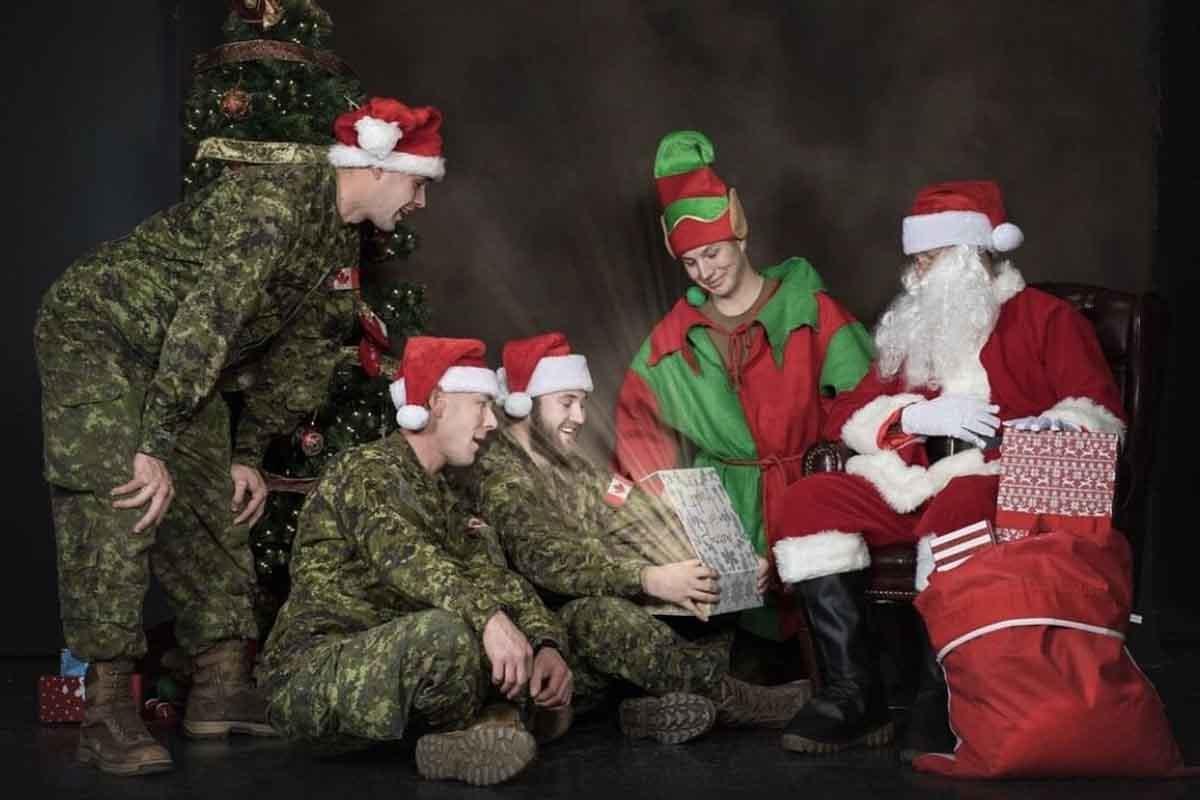 Egg yolks, heavy cream, sugar and bourbon are all things one might expect to see in a traditional holiday nog recipe. But our allies to the north have a much longer winter than we do, so their eggnog recipe is justifiably a lot heartier.

Exactly what goes in real Moose Milk seems to depend on which branch of the Canadian military is making it. The Army, Navy and Air Force each add various ingredients, such as Kahlua, Canadian whisky, light rum, dark rum, vodka, brandy, milk, ice cream, vanilla or maple syrup.

Although the exact history and evolution of this potent potable isn’t really known, the most popular one dates back to a World War II-era New Year’s party at Canadian Forces Base (CFB) Borden in Ontario.

Cocktail history, as rum historian Wayne Curtis says, is one of the most difficult histories to pin down, and not just because mixologists are also enjoying their creations. The history of this beverage stems from the “levée,” an annual ritual in Canada that marks the new year, according to Nova Scotia’s Cape Breton News blog.

A levée is a Canadian New Year’s ritual that dates back to when Canada and the United States were just colonies of the English crown. The governor general would hold a “New Year’s Levée” on behalf of the king, inviting (and pretty much compelling) all community leaders throughout Upper and Lower Canada to attend. The parties would exchange information and input relevant to governance, and then have a party.

These days, levées are held by Canadian government and military institutions in Canada, as well as Canadian embassies, military posts and ships around the world. How Moose Milk came to be part of the celebration for the Canadian Armed Forces comes from the aforementioned World War II New Year’s party story.

The New Year’s party story goes that a Flight Sergeant Jack “Pony” Moore was tasked with creating a cocktail that would be strong enough for the men of CFB Borden, but delicious enough for the women who would be attending the soiree, as the boys didn’t get a chance to have many visitors of the female persuasion.

Moore is said to have called the punch he made “Moose Milk.”

Where it tends to get unclear (and if you’ve ever had Moose Milk, you might understand why), is exactly what goes into a Moose Milk punch.

Canadian Forces veterans in general have reasonable claims to the exact recipe, but the different branches all lay claim to different recipes that they call “Army Moose Milk,” “Navy Moose Milk,” and “RCAF Moose Milk.”

So here are three versions of Moose Milk, helpfully translated into American for any Yankees who might be interested in recreating it at home.

Army and Navy Moose Milk traditions appear to use whatever sweets and booze happen to be handy, blended in the biggest container found on base or aboard ship.

The best recipe we could find for the Royal Canadian Air Force’s Moose Milk takes a lot more effort. Maybe, like the U.S. Air Force, the RCAF just has more time, food and equipment on hand than the other branches.

Now, when your Canadian friend loudly announces that “the moose is loose” on New Year’s Eve, you know things are about to get wild.

— Canadians who want to yell at Blake Stilwell because he found the worst Moose Milk recipe available or want to tell him where Moose Milk really came from can email him at blake.stilwell@military.com or find him on Twitter @blakestilwell. It wouldn’t be the first time a Canadian told him how it is.