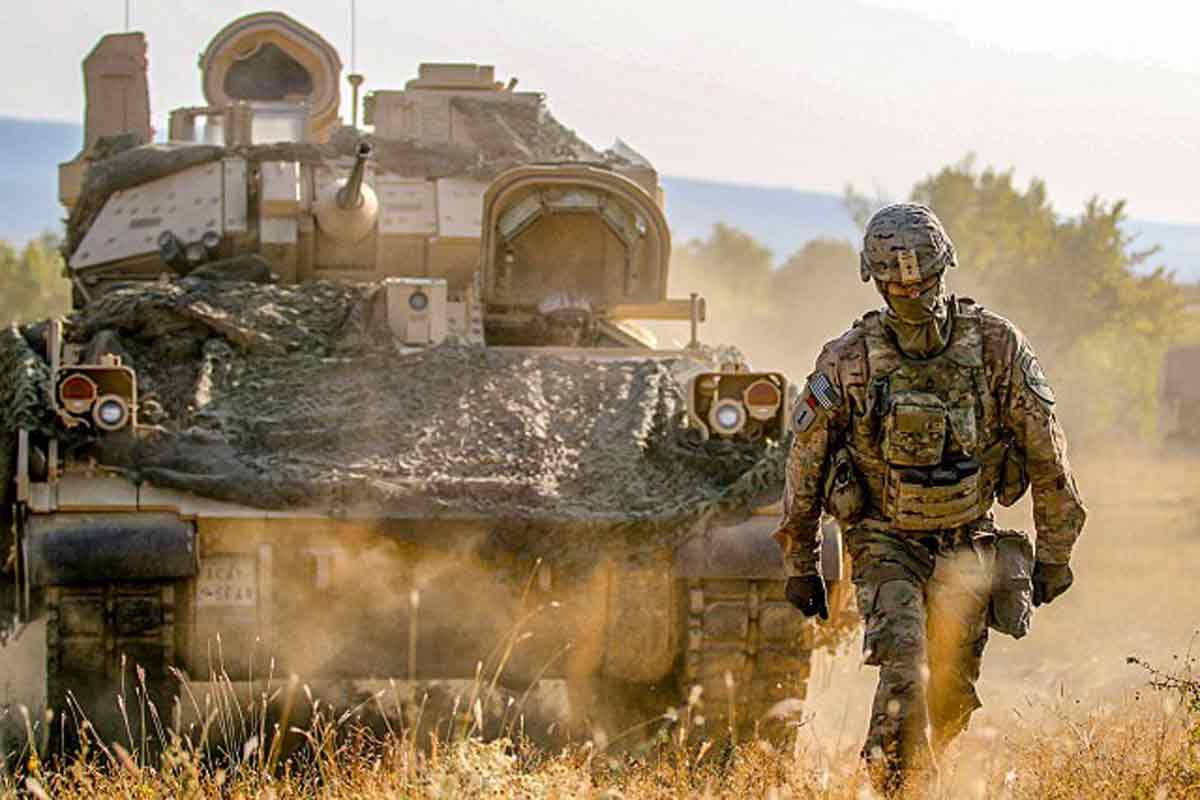 The program to replace the Army‘s venerable Bradley Fighting Vehicle took a major step forward Friday with a new request for proposals that gives an unprecedented amount of decision-making power to companies on how to meet the service’s objectives.

Rather than releasing a list of specifications and requirements as it has in the past, the service is offering prospective makers nine broader characteristics for the Optionally Manned Fighting Vehicle that underscore what it needs to do. The Army is not even demanding a specific size or passenger capacity for the OMFV, allowing competing companies to get creative.

“A platoon of OMFVs will transport 30 Soldiers that dismount from the vehicles,” a characteristics listing from the Army states. “Each OMFV vehicle will be crewed by no more than two Soldiers who will be positioned in the hull.”

Read Next: Fewer Military Recruits Dropped Out of Boot Camp in 2020. Here’s Why

In a briefing with reporters Friday, the generals overseeing the program acknowledged this could mean vehicles that look radically different than their Bradley predecessors, or even a fleet of vehicles containing several different variants.

“As far back as [the Ground Combat Vehicle program] — ever — we’ve wanted nine soldiers, it has to carry nine,” said Brig. Gen. Ross Coffman, director of the Army’s Next-Generation Combat Vehicle cross-functional team. “So what does that mean? More volume under armor; it makes for a really larger vehicle. So we’ve got companies out there that have come and said, ‘We don’t want to have six, eight, 10 people in the back; we want to have two. We want a really small vehicle.'”

Coffman said the Army is open to considering a platoon of 15 OMFVs if that is the solution an industry partner presents. Or, he said, they could present vehicle variants including one designated to hold a primary weapons system and others that carried more people and gear.

“Maybe they can … find an innovative way to move 10 soldiers with only three vehicles and make it small and light and powerful. I don’t know. It becomes a physics problem at some point,” Coffman said. “But the bottom line is, by allowing industry or giving industry the opportunity to move 30 in any way that they choose, it becomes a very interesting problem set.”

As the name suggests, the Army does need the vehicle to operate with or without a driver, and possess driverless-car autonomy that enables it to choose a route and dodge obstacles. It also must have an open-architecture framework and the ability to update technology seamlessly, the way a smartphone updates apps.

Other characteristics stipulated by the Army include survivability; enough mobility to keep pace with the M1 Abrams tank; enough platoon-level power to defeat near-peer competitors; weight light enough to traverse 80% of main supply routes in Europe; logistics and maintenance diagnostic features in step with today’s newest cars; transportability by air, rail, sea and all other primary means; and embedded training capabilities compatible with the service’s synthetic training environment.

Leaders are also looking to link a much-hailed future infantry tool — the Integrated Visual Augmentation System, or IVAS, goggles — into the OMFV’s network in order to deliver the most up-to-date information to soldiers on their way to a fight.

According to the new document, companies have 120 days to submit digital proposals to the Army. In an effort to make competition as broad as possible, service leaders omitted classified annexes and other barriers to entry from this first phase of competition. According to newly released timelines, the Army will evaluate more detailed designs from five contractors in 2022, then narrow the field to three over the next two years.

Soldier testing of vehicle prototypes will take place in fiscal 2026 and 2027, and the first new OMFVs will roll off the production line sometime in fiscal 2028.

For the Army, this is the second attempt to get a Bradley replacement right; it canceled its prior OMFV effort in January after getting just one bid and having another would-be competitor miss the deadline to ship a prototype.

Officials at the time acknowledged they needed to lower barriers to participation.

“We’ve heard from or [gotten participation from] all the major companies in the West capable of doing full combat vehicle design,” he said, adding that firms from Israel, South Korea, Singapore and Germany had also expressed interest. “We’ll see initially who wants to throw their hat in the ring and participate.”