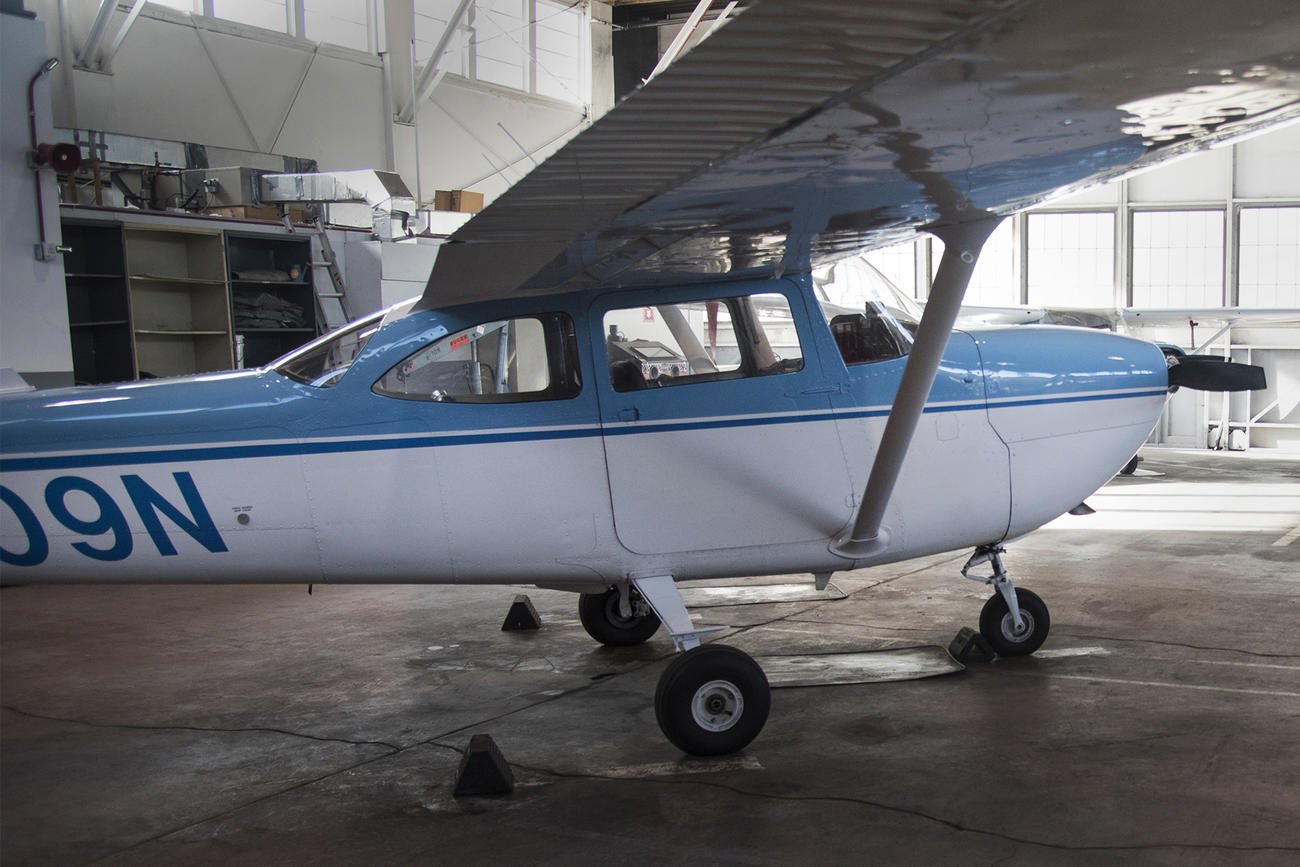 It could be said that high school senior and military kid Nilah Williamson has her head in the clouds — literally. While many teens were pursuing their driver’s licenses, this Arlington, Virginia teen has been so singularly focused on flying that she ended up flying a plane before ever driving a car.

The 17-year-old has not yet taken a driver’s classes or test.

“I have different priorities than other teenagers,” she said.

Williamson says the love of aviation was sparked when she attended a leadership program in the sixth grade. Through Leadership LINKS, a program that exposes young girls to opportunities in science, technology, engineering and math (STEM) fields, she was able to take a practice flight in a simulator. One flight and she was hooked.

“It’s the age when you can’t decide if you’re going to be a vet or a doctor,” she said.

“It changed my life and I knew this is what I wanted to do.”

Since that time, Williamson continued to thrive in her pursuit of STEM activities. Last year, she took a year-long aviation class at a local career center.

“The aviation portion of the class is everything I hoped for,” she said. “The physics, the engineering — it ended up being exactly what I wanted.”

After studying throughout the spring and summer, Williamson passed her written pilot exam in September.

“I’m really proud that I did this one thing during COVID,” she said.

Retired Adm. Arthur Johnson, a former Naval aviator, became Williamson’s mentor after the two found themselves routinely crossing paths at different STEM and aviation events in the Washington, D.C. area. Over the years, he watched Williamson achieve her goals.

“This child is committed. She’s not talking a good game. She’s walking that talk,” he said.

“That’s what really motivates me about Nilah. She is not afraid of hard work. She’s driven and I have no doubt in my mind that she’s going to get it done. I’ve got years of experience watching her achieve goals that she set for herself,” Johnson said.

Johnson’s company, Destiny Aviation Services, introduces aviation and aeronautics to elementary through high school students via classroom education, simulator training, flight instruction and aviation operations. The company focuses on showcasing aviation career opportunities to populations who may not have had access to airplanes. “The goal is to introduce kids to the thrill of aviation,” he said.

The introduction of technology, including flight simulators, has disrupted the previous model of aviation training, making careers attainable more than ever before. Johnson says that sim training is a great way to show kids that aviation can be a possibility for them.

“A young person can decide early and spend time preparing themselves for that endeavor … by the time they get a little old enough to get a license, they can actually be quite skilled,” he said.

This is the case for Williamson, who currently serves as a high school ambassador for Destiny.

Both Johnson and Williamson see mentorship and the values of the military as important aspects of their connection.

“Kind of like Nilah, I was a military brat growing up and I had a lot of people who touched my life in significant ways and so that’s the opportunity I have today by helping people identify what it is they want to do and track a course to get there,” he said.

Williamson’s ultimate goal is to become a Naval aviator in the U.S. Marine Corps.

“I have four generations of military service in my family,” she said. “I just am inspired by the people in my family who also were in the military.”

In the meantime, Williamson is finishing up her senior year and applying to college. While her extracurricular activities, including MCJROTC, varsity track and cross-country and National Honors Society keep her busy, aviation remains her focus. She’s working towards gaining the 40 hours of flight time required for completing her pilot’s license and hopes to have it completed before graduation.

Williamson said that she’s grateful for this time during COVID and for the lessons she’s learned from Johnson while working towards her pilot’s license. “It’s perfect that I get to go through this journey will him,” she concluded.