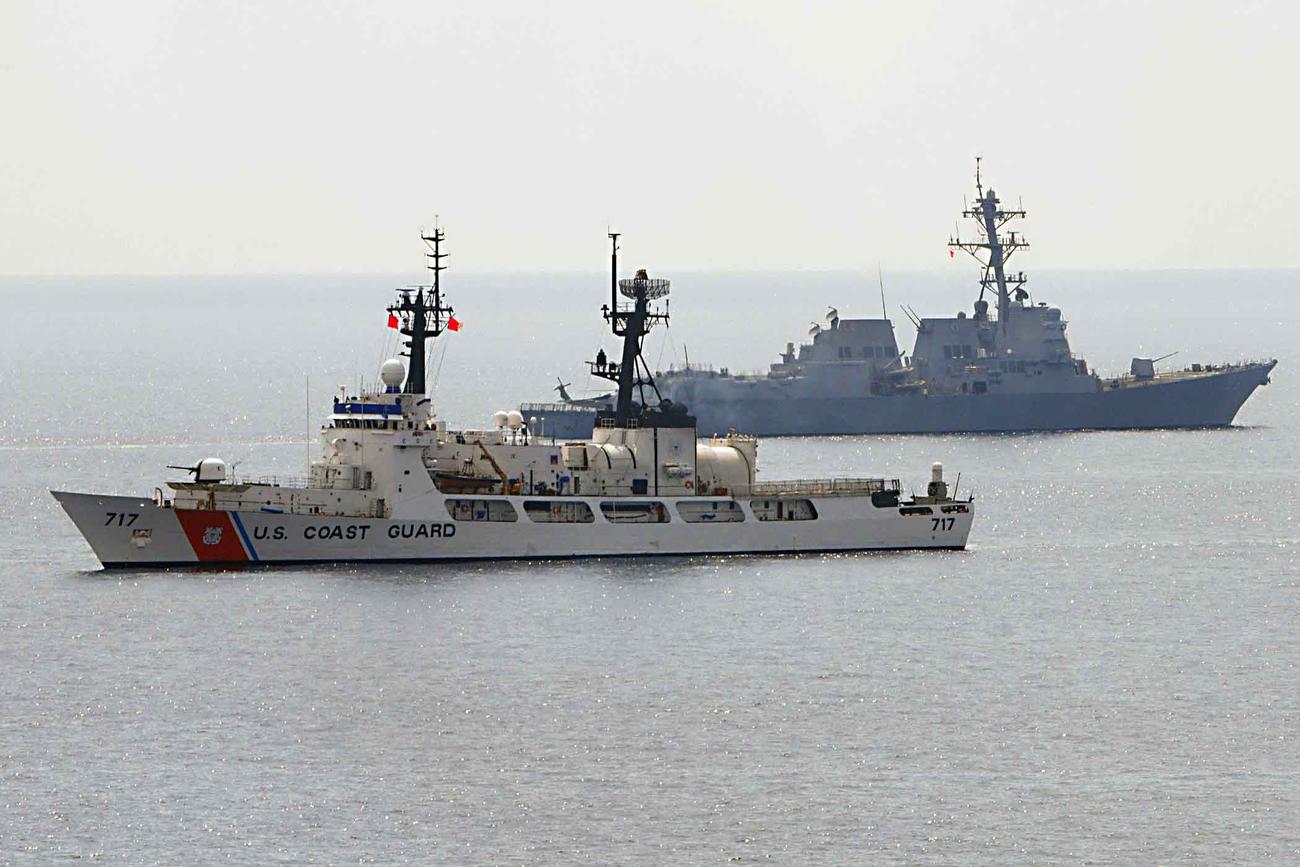 A new maritime strategy released Thursday by top Navy, Marine Corps and Coast Guard brass says the U.S. must counter China’s skyrocketing military growth and aggressive behavior in the Pacific or risk giving up its place as the world’s strongest naval force.

The U.S. sea services are in day-to-day competition with China and Russia, states a new 36-page strategy, called “Advantage at Sea.” How the country responds over the next decade will “shape the maritime balance of power for the rest of this century,” it adds.

Read Next: More Military Recruiters Catching COVID-19 as Pandemic Rages Across the US

While both the countries are U.S. rivals, China presents the most pressing, long-term strategic threat, the leaders wrote, adding, “We are at an inflection point.

“For generations, we have underwritten security and prosperity and preserved the values our Nation holds dear,” they said. “However, China’s behavior and accelerated military growth place it on a trajectory that will challenge our ability to continue to do so.”

The triple-service strategy is the first of its sort in at least five years. It calls for the sea services to work “with urgency to integrate and modernize our forces as we prepare for the challenges ahead.”

Navy, Marine and Coast Guard leaders did not directly address reporters’ questions about what a “more assertive posture” would entail. Maj. Gen. Paul Rock, the director of the Marine Corps’ Strategy and Plans Division, said they’re not planning to be provocative or unnecessarily put their men and women in danger.

“It is clearly signaling that when you have an adversary who is constantly looking to operate below some perceived threshold, that we made very clear that we will operate, reinforce and maintain the international standards and rules-based order that we have [had], in the Pacific in particular, for the past 70 years,” Rock said.

In the past, the U.S. military has largely turned away from antagonistic behavior from China, Russia and others to help de-escalate, said Rear Adm. James Bynum, acting deputy chief of naval operations for Warfighting Development.

That could change with the U.S. becoming “more responsive, more assertive on our own in our operations,” he said.

“The other [piece] is really our posture,” Bynum added. “Are we positioned to be where we need to be, with the requisite forces, with enough training, power and visible presence to deter malign intent?”

The U.S., Rock said, will also lean on a network of allies who are willing to help publicly expose what adversaries might be doing in their regions.

Berger and Navy Secretary Kenneth Braithwaite have been particularly vocal about the threats China poses to the U.S. The Marine Corps is undergoing a force-wide redesign in preparation for more sea-based missions, likely in the Asia-Pacific region.

Braithwaite in October called China “a threat beyond any comparison ever in the history of our country.”

The strategy outlines China’s quickly expanding naval capabilities and its ability to mobilize a massive workforce. Some of those same capabilities were seen when hospitals quickly sprang up in China at the start of the global pandemic.

“China’s navy battle force has more than tripled in size in only two decades,” the strategy states. “This rapid growth is enabled by a robust shipbuilding infrastructure, including multiple shipyards that exceed those in the United States in both size and throughput.”

The U.S. naval service, it adds, “must act with urgency, clarity and vision to take the bold steps required to reverse these trends.”