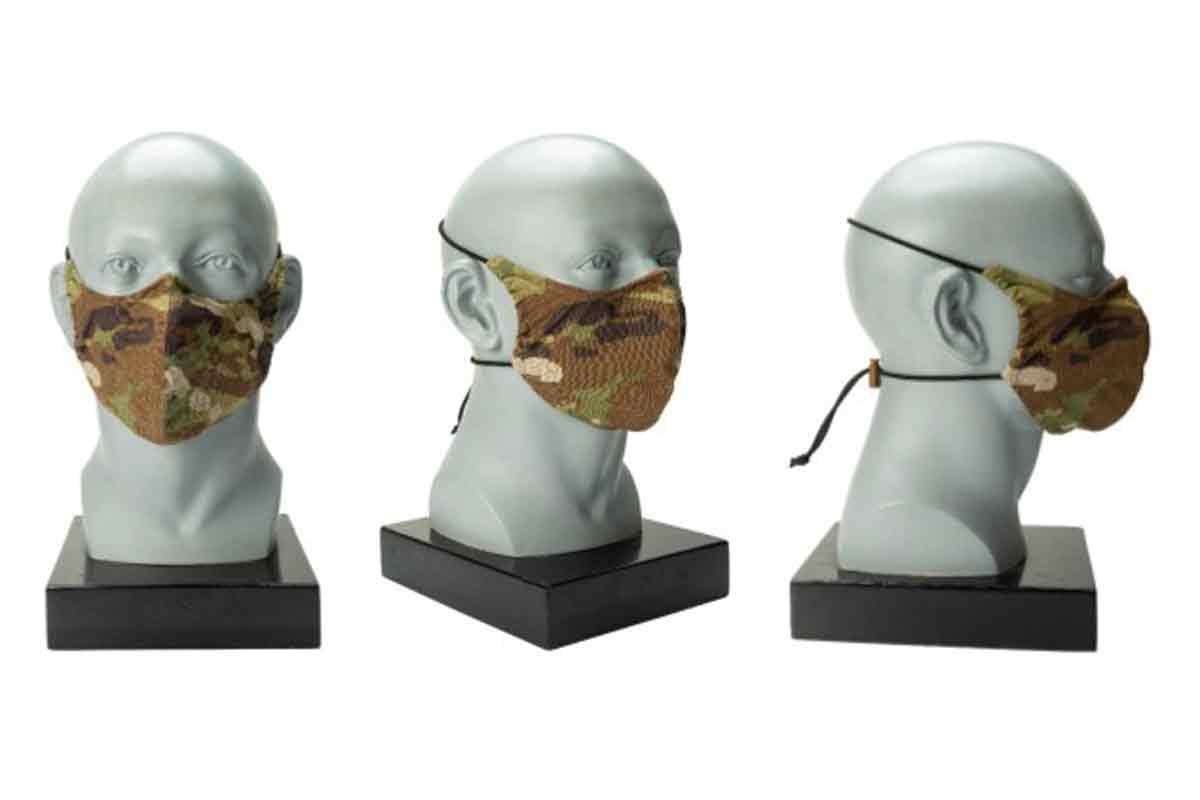 The Army will begin issuing its official Combat Cloth Face Covering, or CCFC, to new soldiers next year, the service announced Wednesday.

Army Uniform Board recommended at its summer meeting that a camouflage mask be fielded, and Army Chief of Staff Gen. James McConville has approved the recommendation.

The Army has largely provided disposable or reusable solid-color masks to soldiers to help prevent the spread of COVID-19.

The service will begin issuing two combat face coverings to each new soldier during the second quarter of fiscal 2021 in Initial Entry Training as part of their clothing bag issue, according to an Army news release.

The Operational Camouflage Patterned CCFCs will likely be available for purchase at Army & Air Force Exchange Service uniform stores later next year, according to the release.

The Army designed and produced the CCFC in less than a year, compared to the normal 18- to 24-month process to produce such a product, the release states.

The Army Uniform Board meets twice a year and is made up of soldiers from all levels of the active, National Guard and Reserve components.

Here are the latest updates on other items recommended during the board’s June 25 meeting:

Also during its June 25 meeting, the uniform board recommended that the service conduct a study on whether to add the Army combat glove to all soldiers’ clothing bags, to add it only for soldiers whose military occupational specialties require the wear of combat gloves, or to keep it as a Rapid Fielding Initiative item.

Should You Get Corrective Vision Surgery Before or After Joining the Military?
More Military Recruiters Catching COVID-19 as Pandemic Rages Across the US