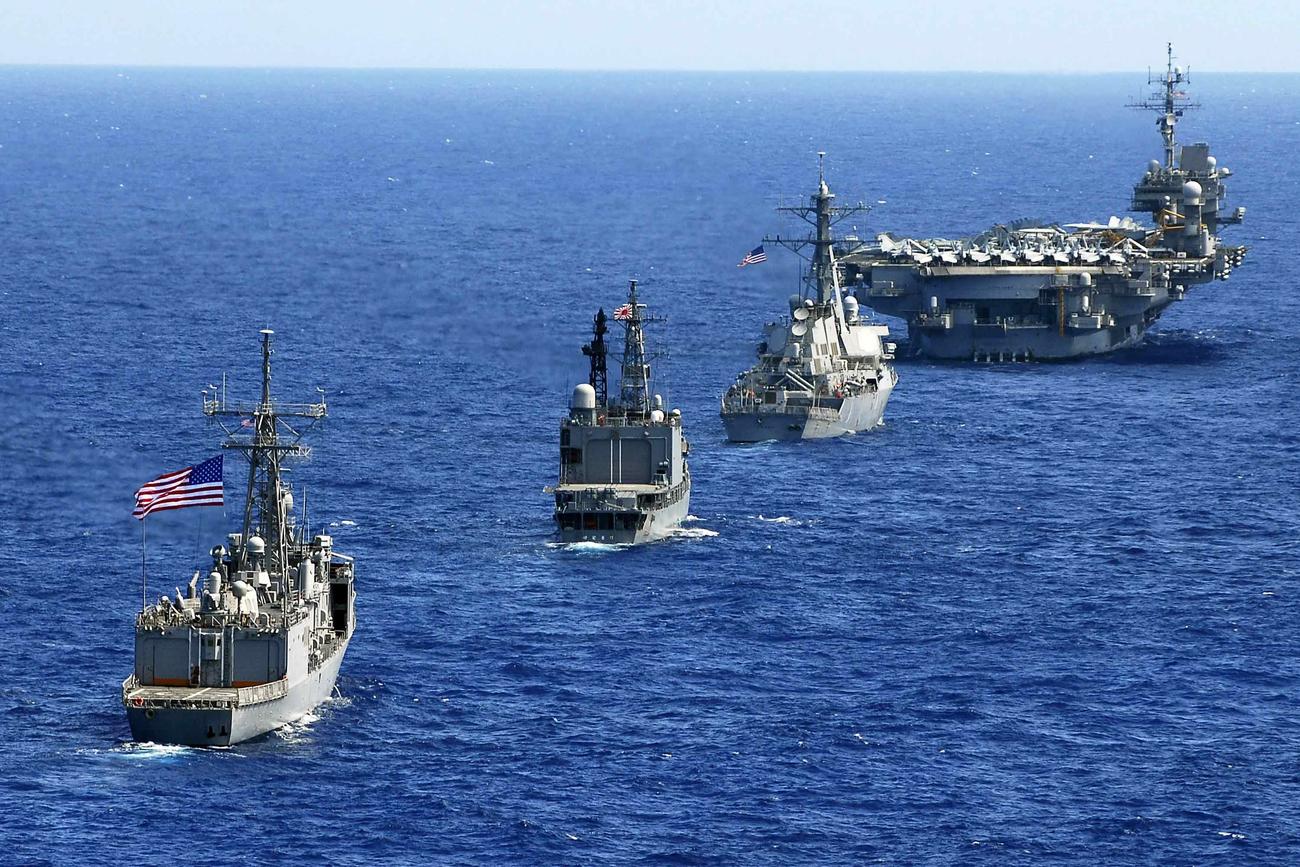 The Trump administration has, in its final weeks in office, unveiled a plan to meet the 355-ship Navy it promised early on — but the costs associated with it could intensify a battle for Defense Department dollars as the Navy prepares to pour tens of billions of dollars into shipbuilding.

The 30-year shipbuilding plan, according to the White House, “represents a historic investment that would protect U.S. national security for decades to come.”

Read Next: Air Force Takes Next Step in Efforts to Ready B-1 for Future Hypersonic Missiles

The plan was informed by a nine-month study led by Navy and Marine Corps leaders to ensure the military has the force makeup needed to deter Chinese and Russian aggression worldwide. That study, released by the Navy on Thursday, says shipbuilding budgets will jump from $22 billion in 2022 to almost $34 billion a year by 2025.

Plans call for 10 destroyers, 15 frigates and more than a dozen new submarines.

Big changes to the fleet will include the introduction of unmanned surface vessels, the possibility of a future aircraft carrier beyond the Ford class, and 10 new light amphibious warships that can transport Marines straight up to a beach.

Sailors and Marines are expected to operate in more dispersed environments, spread out across vast areas, leading to the need for more ships. The Navy will need more submarines, small-surface combatants and amphibious ships to operate in what officials say will be an ever more challenging environment, officials told reporters Thursday.

The size of the fleet will hit the long-promised 355-ship level by 2033, the study adds. That’s up from a low of 271 ships in 2015, and about 300 today. By 2045, the Navy will have more than 500 battle force and unmanned ships, the study states, matching a plan introduced by former Defense Secretary Mark Esper just before he was fired last month.

But officials say it’s about more than size. The Navy will be left with “a better mix of ships to prevail in great power competition and conflict compared to the current inventory,” the study states.

“It is about equipping our future force for the enduring defense of our nation,” Deputy Defense Secretary David Norquist added in a Thursday evening statement.

Senior Navy and Marine Corps officials who briefed reporters on the study Thursday declined to offer many details about how the department expects to pay for the big shipbuilding plans. The study assumes the Navy Department’s budget will increase by 2% each year, on top of a 2.1% adjustment for inflation.

The officials, who spoke on the condition of anonymity before the study was publicly released, also pointed to White House plans to cut by 2022 the Pentagon’s wartime Overseas Contingency Operations budget, known as OCO, and redirect those funds.

“The [plan] supports bringing America’s troops home from endless wars and directing those resources to key national security priorities,” the White House statement reads. Whether the plan survives the turnover to the Biden administration in January remains to be seen.

Shipbuilding plans are typically released in February alongside the Navy Department’s budget request. But Navy and Marine leaders were tasked with conducting additional analysis this year to ensure the sea services are on track to remain competitive decades from now.

Top Navy and Marine Corps leaders have stressed that China’s actions in the Asia-Pacific region have been a game-changer, leading to an intense need to shift efforts to counter threats posed by the country.

The sea services worked together on the plan to design a future fleet, and the results, according to a top Marine official, will be a force better equipped to face off against China.

Aside from funding, Navy officials acknowledged they will face challenges in the ability of shipyards to take on the extra work associated with building so many new ships.

“Our industrial base is part of our national security,” a senior Navy official said. “We need to partner and work with that … base to create the capacity we need to deliver on this plan. It’s going to take a lot of work; it’s going to take partnership with the Department of Labor to build the workforce.

“But I am confident,” the official added, “with … the resources we’ve laid in as a country, we can certainly achieve this plan.”