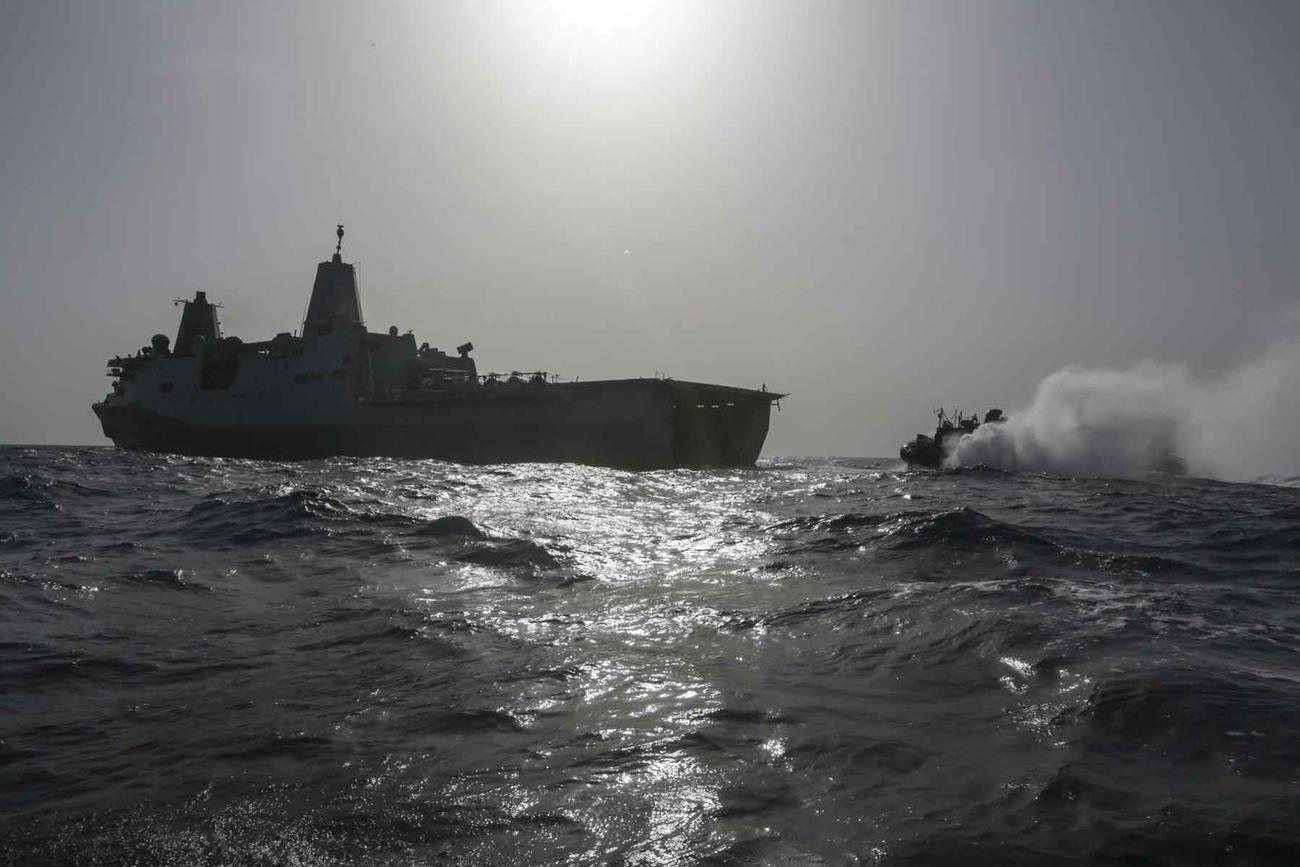 New warships that will be capable of delivering 75 Marines straight from the sea onto a beach will operate in and around the first chain of islands off China’s coast.

A new Navy shipbuilding plan released this week calls for building 10 light amphibious warships that can transport up to 75 Marines. The ships will operate independently of the amphibious ready groups with which Marine expeditionary units typically deploy.

Instead, light amphibious warships will augment ARGs, officials told reporters on Thursday, possibly under the leadership of a Navy squadron commander.

Read Next: For the First Time, a Woman Will Take Command of an Aircraft Carrier

The ships will be designed to zip around what’s known as the first island chain — the archipelagos that pepper the South and East China seas stretching from near Japan and South Korea down toward Vietnam — carrying new Marine littoral regiments. The regiments, which are being tested out in Hawaii, will include infantry, logistics and anti-air personnel.

“Forward-deployed [in U.S. Indo-Pacific Command] and ready to fight tonight is kind of the key,” a top Marine official said of the new ships.

Marine Corps Commandant Gen. David Berger has called for more Navy ships that can carry small landing teams of Marines. By comparison, the Marine Expeditionary Units that deploy on amphibious assault ships comprise roughly 2,200 personnel. Increasing threats in the Pacific and elsewhere are driving the need for a new fleet of less expensive ships that can be built quickly, he said.

“We need a light amphibious warship — a lot of them,” Berger said earlier this year.

The Navy’s shipbuilding plan calls for investing about $1.5 billion between 2022 and 2026 to build 10 of the 200-foot ships, known as LAWs. That’s just a fraction of the $147 billion plan to build 82 new Navy vessels during that five-year period.

The Marine official who briefed reporters on the plan this week described LAWs as “the missing piece” between the Navy’s amphibious assault ships and ship-to-shore connectors. The light amphibious warship will itself act as a connector — a “ruggedized beaching craft,” as one senior Navy official put it — that can travel longer distances than existing landing craft.

Plans released this spring called for the ship to be able to operate at 14 knots for a minimum of 3,500 nautical miles. The ships should be capable of “enduring up to several weeks-long deployments and trans-oceanic transits,” Navy slides stated.

Even though the ships will start out operating out of the Pacific, the Navy official said that doesn’t mean they’ll be stuck in that theater for good.

“We view this as a movable mobile concept … initially focused on the Pacific,” the official said.