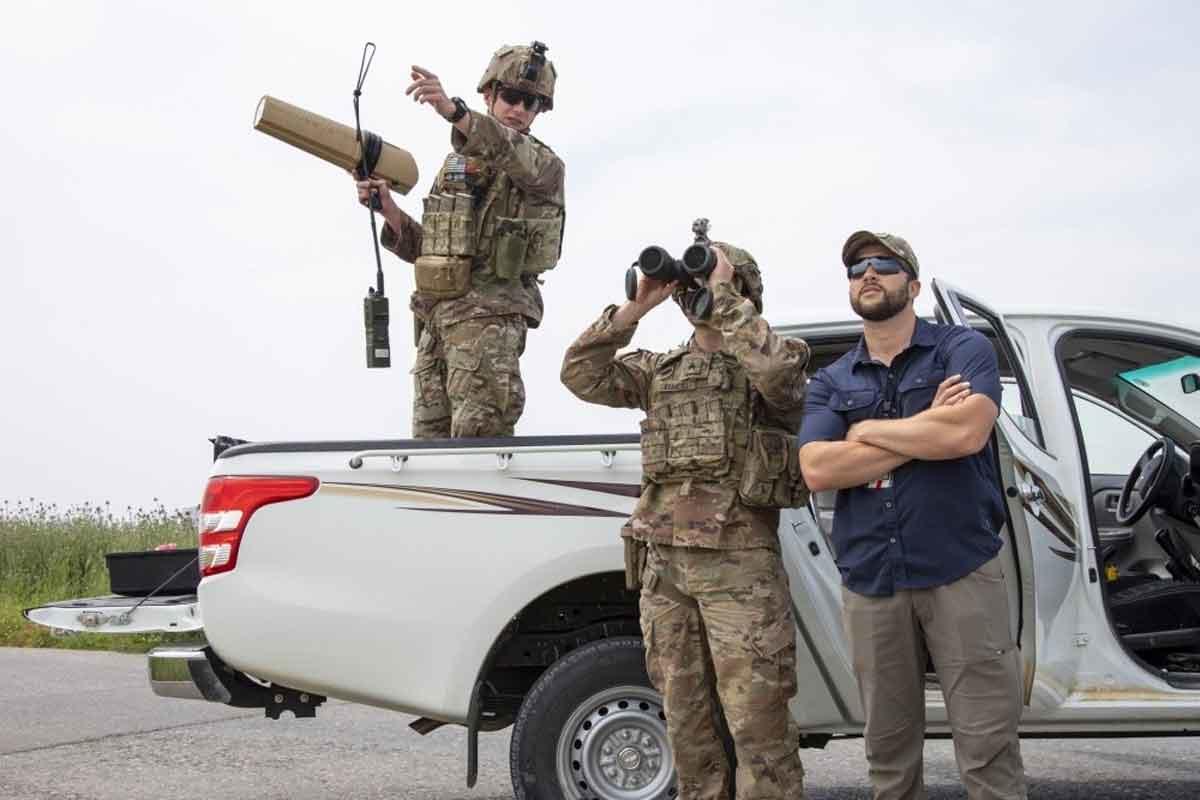 The Army could be required to find a new capability for countering the increasing threat of enemy unmanned drones and get it ready to field to the U.S. military as early as next year, according to a provision in the fiscal 2021 defense policy bill.

The service “shall prioritize the objective of developing and executing a plan to develop, test, and begin production of a counter unmanned aircraft system that can be fielded as early as fiscal year 2021 to meet immediate operational needs,” according to fiscal 2021 National Defense Authorization Act, which has passed the House and Senate and awaits the president’s signature.

The Pentagon appointed the Army late last year as the executive agent for DoD’s counter-small UAS groups one, two and three, which consist of smaller, inexpensive drones that are rapidly proliferating and can hinder military units from conducting combat operations, Army officials have said.

Read Next: Bill Would Force Army to Halt ACFT Until It Can Study Impacts

Close to 90% of the military’s counter-drone capabilities are electronic warfare systems, many depending on lasers or microwave signals to disrupt the communications link between user and drone, Maj. Gen. Sean A. Gainey, the director of Army-led, Joint C-sUAS Office, said in an Army news release in October.

“However, the threat is evolving,” Gainey said, adding that the joint force now has to deal with swarm and autonomous drones, in addition to off-the-shelf technology. An increased number of threats in an airspace can potentially overwhelm a C-sUAS system’s operator, Gainey added.

The Pentagon plans to spend roughly $404 million on counter-drone research and another $83 million on procurement of counter-drone systems in fiscal 2021, according to the Congressional Research Service.

Meanwhile, the JCO and the Army Rapid Capabilities and Critical Technologies Office held the first industry open house on Oct. 30, drawing more than 500 defense industry representatives to hear leaders discuss plans for establishing joint solutions to address current and future threats, according to a news release from the office.

“The speed at which this is happening is dramatic,” Lt. Gen. L. Neil Thurgood, director of Hypersonics, Directed Energy, Space and Rapid Acquisition, who oversees the Rapid Capabilities and Critical Technologies Office, said in the release. “That speed is focused, that speed is resourced, and that speed will bring the results we need.”

The JCO and the Rapid Capabilities office have also established three common test ranges and a task force to identify possible urban test locations. Army officials expect to have up to two test events per year, with the first slated for the second quarter of fiscal 2021.

Military.com reached out to the Army for more explanation of how the congressional provision would accelerate fielding new counter-drone systems, but did not immediately receive a response.

The bill states that the JCO should focus efforts on systems that have “undergone successful realistic operational tests” and are designed to meet the requirements of deployed forces facing current future drone threats. Their capabilities it says, should include “effectiveness against unmanned aircraft systems that are not remotely piloted or are not reliant on a command link.”

The new counter-drone systems should be affordable and rely on autonomous and semi-autonomous operation. They should also be flexible enough for the “continuous integration of different types of sensors and mitigation solutions based on the different demands of particular military installations and deployed forces, physical geographies, and threat profiles,” the bill states.

If possible, lawmakers also want the effort to include ways to counter larger unmanned aircraft systems.

Congress wants the JCO to brief lawmakers on the plan forward within 90 days of the bill becoming law, if it passes.

President Donald Trump has threatened to veto the bill because it does not include a measure that would limit protections of social media companies that allow them to monitor user content and protect them from liability for content. The House and Senate, however, both passed the bill with a veto-proof supermajority.

Related: These Are the 7 Anti-Drone Weapons the US Military Plans to Invest In